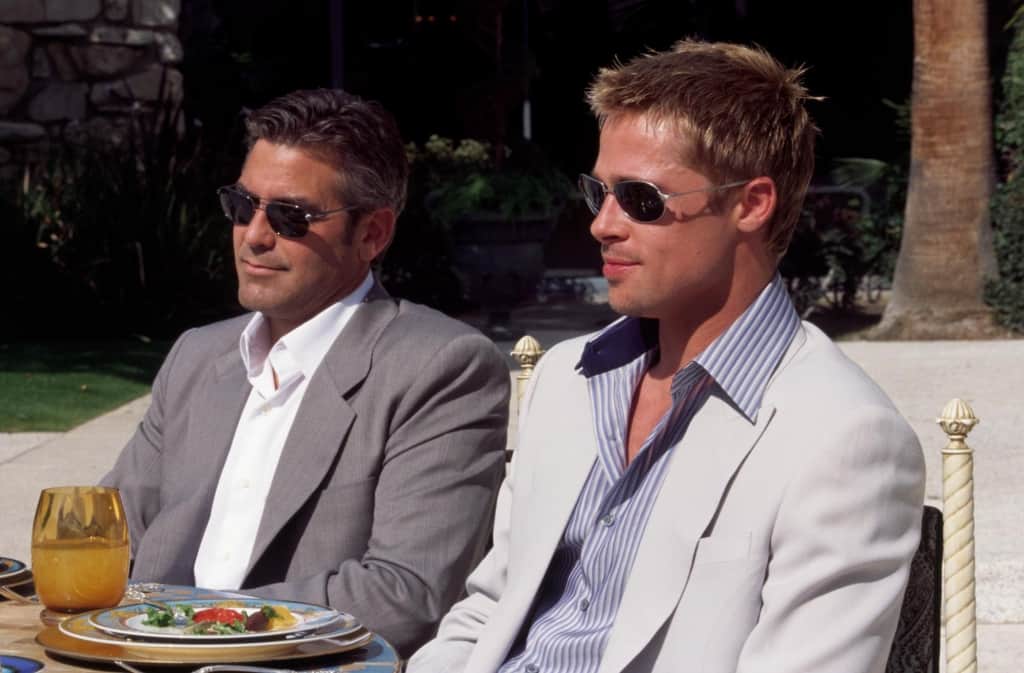 3 Rules To Help the Anxious Extrovert Heist Their Fears

I am terrified of you. All of you. Everyone I have ever met. Everyone I WILL ever meet. But you’ll probably never know it.

You see, I am the Danny Ocean of socializers. Most of my life has been a long con of pretending that I don’t want to hide out in the corner and read a book when I am around more than two people (sometimes more than one).

However, much like the Ocean’s Eleven crew, I will invariably keep coming back. Because while I am terrified of people, I also think that a lot of folks are pretty rad and interesting and worth the risk.

This has resulted in a lot of trial and error over the years and a LOT of missteps. For example, there is a restaurant in town where the friendly waitstaff know me as “Jen” because I’ve never had the guts to tell them they are mistaking me for someone else. I have been eating there for three years (they have great wings).

This misstep aside, I have been able to tame my anxiety to the point where I have performed across the country, co-created a networking event and produced the Toronto Storytelling Festival. All of these things involved interacting with some amazing (and therefore pretty intimidating) strangers. Oh, and not only has it been alright, it’s actually been incredible! How have I done it when I’m treating life like a heist movie?

As a huge nerd, I’ve spent years watching movies, especially heist movies. My favourite part of these movies is when the tactical mastermind lays out the plan, step by step. Like George Clooney in Ocean’s Eleven. Matt Damon? Topher Grace? Man, there are a LOT of people in that movie.

Anyway, I like plans. So I put my scheme-obsessed brain to work and created three simple rules that will guarantee success at any social event.

Rule One: Have an awesome disguise. I don’t mean a fake moustache (unless that’s your thing, and then go for it). Instead I mean a confidence you don’t naturally have.

Now, I know a lot of you are rolling your eyes right now. “Oooo, Erin, tell me more of this acting confident. Literally no one has ever told me about that before.”

But here’s my trick: much like a fake moustache or a stringy-haired wig somehow fools security in every heist movie, a simple prop can do a lot for you. A friend of mine has a lucky necklace she wears. I have a Batgirl t-shirt that I wear under my fancy grownup outfit.

The important thing is you have a mysterious something or other. You are presenting the character of “the best version of you” and this secret item lets you disappear into the character.

Rule Two: Ask questions. Seriously, that’s it. Ask people how their day was, what their plans are for the summer, what their favourite movie is.

People are regularly in their heads. On my walk home today, I almost bumped into someone because I was picturing Captain America: Civil War recast solely with otters. Imagine little otter Captain America and Bucky running into battle holding paws. It’s what we’ve all been waiting for.

The point is that most people are wandering around the world, trapped in their own heads, not sure how to connect. Take the pressure off. Ask a friendly and neutral question. Suddenly everyone has permission to talk and ask questions too. You are a hero, much like otter Bucky and Captain America will be if Marvel accepts my spec script.

Rule Three: Meh and Move on. Sometimes, despite your best efforts, you aren’t clicking with the person you’re talking to. Conversation has stalled, things feel awkward, or the person is just giving you nothing. It’s okay to walk away!

This kind of moment used to terrify me and cause to me babble on and on about nothing. Heck, I still do sometimes. “Jen” has developed a rich backstory over my three years of nervously blurting things out at the great wings place.

You’re not going to click with everyone, and sometimes you’ll get nervous and say something weird. A simple “nice talking to you” is an acceptable out. Move on to another person and go back to rule two. Would the Ocean’s Eleven gang give up after one misstep? No! And there are two too many of those movies to prove it.

I know that for many people, social events like parties and events can be scary. But buds, you’re going to CRUSH IT. Just follow the rules, and know that anyone who is getting a chance to talk to you is so lucky. You are RAD! Now go out there and have some fun!

Do you have any tips or tricks that help when you’re socializing? I’d love to hear them in the comments.