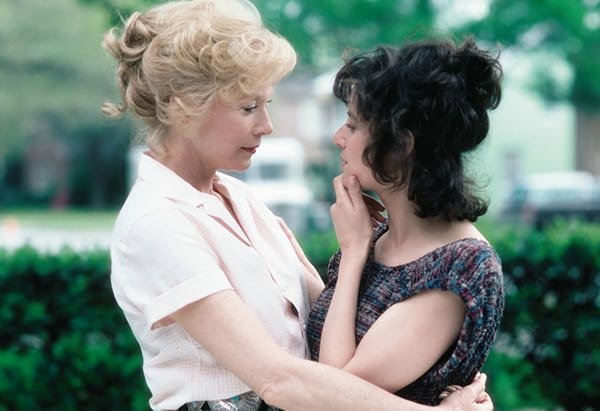 5 Movies to Watch With Mom This Mother’s Day

For some serious mother-daughter bonding time this Mother’s Day, throw on one (or all five) of these movies!

Divine Secrets of the Ya-Ya Sisterhood
This is hands-down my favourite mother-daughter movie! Ellen Burstyn and Sandra Bullock star as mother and daughter (respectively) who learn to overcome years of tension and distance with the help of Vivi Walker’s (Burstyn) eccentric childhood friends, the Ya-Yas. The movie is a bit of a tearjerker at times, and will definitely make you appreciate your mom so much more after watching it. (Bonus: it’s set in the beautiful bayou of Louisiana and features lovely southern accents.)

Stepmom
I watched this movie religiously during my tween years (and just realized that I haven’t watched it years so I’m totally digging it out this weekend). It tells the story of divorced couple Jackie and Luke Harrison (Susan Sarandon and Ed Harris) who are struggling to provide their children with a sense of normalcy following this big change. Jackie and the kids must also deal with Luke’s new, younger fashion photographer girlfriend Isabel (Julia Roberts) and Jackie’s terminal lymphoma. Amidst all the sadness, the family is able to bond and find peace with one another before Jackie’s death.

I’m partial to the 1994 version but the 1933, 1949, and 1978 versions are all just as good. Like in Stepmom, Susan Sarandon plays the mother, so I think we can all agree that she’s one of the best on-screen moms ever. Based on the Louisa May Alcott novel of the same name, the film tells the story of the March sisters—Meg (Trini Alvarado), Jo (Winona Ryder), Beth (Claire Danes), and Amy (Kirsten Dunst)—growing up in Concord, Massachusetts during the American Civil War. With their father away fighting, the girls must rely on their mother for guidance as they deal with the struggles of becoming women.

Where The Heart Is
I love, love, love this movie. I can’t explain why, but I do. The movie starts with a pregnant, 17-year-old Novalee Nation being abandoned at Wal-Mart in Sequoyah, Oklahoma by her boyfriend. For six weeks, she secretly lives in the store before giving birth to her daughter Americus. While in the hospital, she befriends nurse Lexie Coop (Ashley Judd)—a single mother with four children by three different men—whose struggles are also chronicled throughout the movie. Novalee moves in with Sister Husband (Stockard Channing), a woman she previously met at Wal-Mart who becomes a sort of mother figure for her (her own mother abadoned her as a child). The movie ends with Novalee finding love and returning to the same Oklahoma Wal-Mart to get married.

Terms of Endearment
This movie may be from 1983, but it’s just as a relevant now as it was then. It covers 30 years of the mother-daughter relationship between Aurora (Shirley MacLaine) and Emma Greenway (Debra Winger) which, naturally, isn’t all smooth sailing. Aurora finds herself falling for ex-astronaut Garrett Breedlove (Jack Nicholson) while her free-spirited daughter struggles with a rocky marriage, an affair, and terminal cancer. Make sure you have lots of tissues on hand.