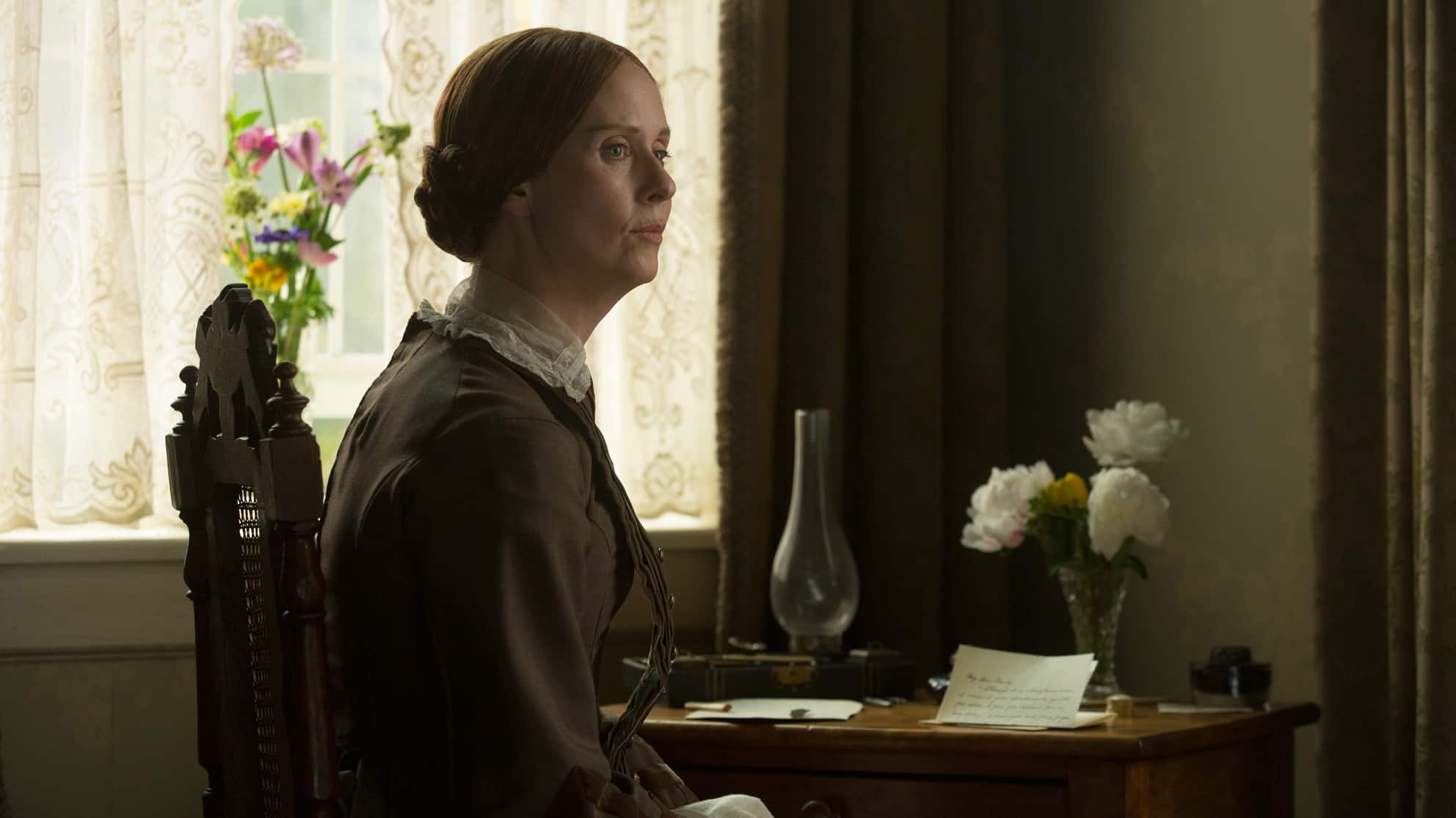 5 Things We Learned About Emily Dickinson in “A Quiet Passion”

This is my letter to the world,
That never wrote to me,–
The simple news that Nature told,
With tender majesty.
Her message is committed
To hands I cannot see;
For love of her, sweet countrymen,
Judge tenderly of me!

Terence Davies’ A Quiet Passion follows the story of American poet, Emily Dickinson. The film traces her life from a young woman undergoing religious training, to a middle-aged woman struggling with how to be in a world that largely misunderstood her – a world she eventually retreated from completely. This film showcases her incredible, constant, steely resolve, and the way her bravery and her refusal to fulfill societal expectations also wore her down. Here’s what we learned: