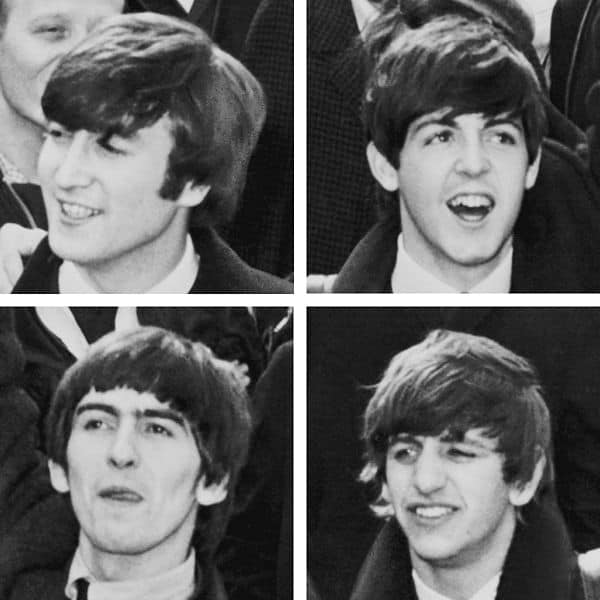 "She was transported to a time that was hers, a time I only know about through stories and images."
Life Stories

My relationship to my mom is probably the same as many: I love her dearly but she drives me insane. This is especially true when it comes to mother-daughter outings.  Whether informing a store clerk that none of the bras they have in stock are small enough for me or that none of the dresses they have will be big enough, my mom can be counted on to say something that will turn my face a beautiful shade of crimson.

In her defense, I’ve come to understand that she’s never purposefully tried to embarrass me. She does so effortlessly, and likely out of love (and the desire to not have to hear me whine about ill-fitting clothes, no doubt).

So when I took her to see the Beatles exhibit at the Pointe-à-Callière Museum in Old Montreal, I wondered what might transpire.  Would she sing out loud? Would she dance? Would she voice her opinion that Sgt. Pepper and everything after was “too weird,” getting us booed out of there? (Okay, fine, I’d be leading the booing, but I’d still accompany her should she get kicked out. I’m not heartless.) Would I react to her the same way I did as a teenager?

Turned out, it was her time to be a teenager. As we walked through the exhibit, watching old footage of The Beatles performing “Please Please Me,” her face changed. She looked transfixed, transported even, to a time before me, a time that was hers that I only know about through stories and images.

Unconsciously deciding to pay-it-forward, she proceeded to help everyone else let time dissolve.

One room in the exhibit had a podium which was equipped with a microphone. Visitors had a choice of Beatles songs to sing karaoke to. A man took to the small stage, delivering some heartfelt but iffy versions of “All My Loving” and “This Boy,” encouraging the other patrons to sing with him. They were reticent.

But when “Til There Was You”  started, I overheard my mom going for it. This was one of her favourites and damnit, she didn’t care who knew it. She started singing along with the man onstage. Then the woman next to her did too. Then the couple standing next to that woman joined in. It only took about 15 seconds before all 20 people in the room were singing along, myself included. I smiled at my mom from across the room, danced over to her, picked up her hand, spun her around.

I couldn’t believe what she’d managed to do.

During this often tense pre-provincial election time in Montreal, she united 20 strangers for a moment where race, religion, and language were irrelevant. While the election focus has been, in the many ways, on that which divides us, she, if only for a few minutes, helped us focus on how easily we can be brought together, even if it was with something as simple as a love song we thought we’d forgotten the words to.

She reminded us we knew them and did this effortlessly, and likely out of love.

"She was transported to a time that was hers, a time I only know about through stories and images."