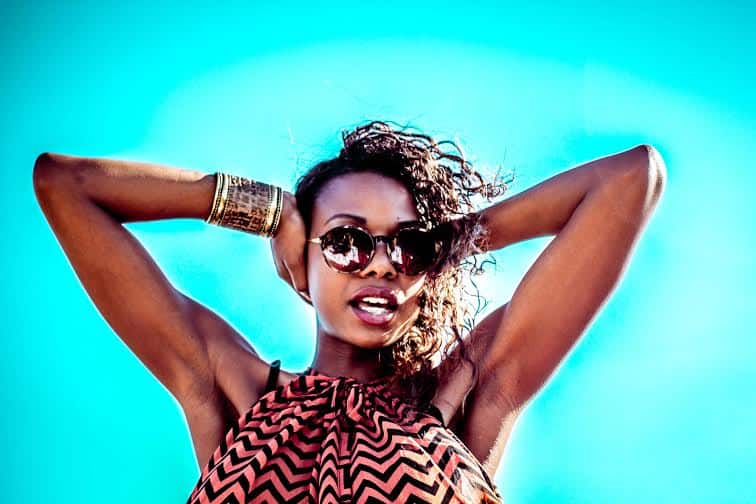 Thunderheist’s Isis Salam is back with a vengeance (and coming to Wrongbar!)

A hazy handful of years ago, we saw a colossal surge of house-heavy, electro-fied club bangers that every seasoned bar star could recite all the words to. There was Justice, MSTRKRFT, Deadmau5, Yolanda Be Cool, Tensnake, Chromeo… and of course, Thunderheist. They had their smash hit “Jerk It” that no one has ever managed to get out of their head. Thunderheist started out as an accidental MP3 file exchange between two artists on Myspace, and transformed into the globally recognized dance-dominating duo.

Berlin-born, Toronto-raised Isis Salam took care of the MC duties in this chart-crushing project. Thunderheist’s popularity allowed Isis to spread her wings and explore collaboration with other heavy-hitters like MSTRKRFT, Junky XL and Alixander III of Azari III. In 2009, break-through performances with Noreaga on Jimmy Kimmel Live! and Perez Hilton’s SXSW Showcase supporting Kanye West launched her up into the stratosphere.

And there’s more big news for 2014—Isis Salam is back with a vengeance! She locked herself in the studio, and came out with a sound that embraces her inner diva, while dropping rhymes that would make even Slick Rick proud. This April, her first single “Let Go” will be released on Berlin’s Exploited Records. Listen up:

Excited? Well I’ve got good news, Toronto! Isis Islam will be shaking things up at Wrongbar on Saturday, March 29th! Her live set has been described as a pure on-stage evolution. It opens with deep-breathing bass and hefty house, then morphs into sexified nu-disco, before growing into a full-blown dance party! She’ll be accompanied by DJ Alley Oop controlling the knobs, as well as two Tasmanian dancing devils who’ll dazzle you with their sweetest 90s hip-hop moves. This is head-to-toe entertainment, people. It’s recommended that you leave your inhibitions at the door.

Get tickets here, and stay up to date on the ex-Thunderheist Isis Salam’s new musical happenings by following her on Facebook!