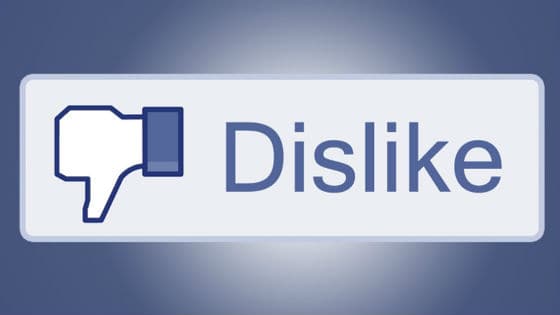 "Anything can seem ludicrous if you imbue it with the right incredulous intonation."
Life Stories

Look, we’ve all been there: Monday, 2am, cranky, sore, and cruising in at a high speed on the back end of two solid hours you didn’t mean to spend on facebook, inferiority complex in full swing. You’re probably hunched over all weird, back not supported, still in your high-waisted jeans because you were going to get off the computer in justonesec. I get it. It’s a rough place to be. The kind of place that can make you think, “That’s it! I’m quitting facebook! I can just stalk my ex-boyfriend’s new girlfriend at her house for god’s sake.”

But wait! Don’t give up yet! You can make facebook work for you.

Instead taking a quiet moment to reflect on your own behaviour and the fact that the person you’re probably most angry with is yourself, then getting up and going for a walk or something, why not stay right where you are and meticulously rip apart the behaviour of your friends and loved ones in the noble name of Social Commentary?

Instead of recognizing that a) it’s true, you just wasted a bunch of time, but, b) you’re a human who gets distracted and makes mistakes and self-compassion is important, why not Make It About Society? Now you too can take what could have been just a blip in your overall trajectory toward better time management/an opportunity to foster growth and self-awareness, and make it a reason to rail against the Failings of Modern Culture. This will help you create a feeling of superiority AND keep the steady, inevitable creep of existential angst at bay! I believe in you! Just follow these 7 easy rules, and soon you, too, will be policing the behaviour of others on facebook like a pro.

1. Have a platform.
Every good cause needs a strong platform, and adamantly denying responsibility for the fact that facebook makes you depressed is no exception. On what will you base your tirade? The Foundations of Society Are Crumbling is a good one, and is dire enough to potentially provoke feelings of panic (a plus, as inspiring panic is an important tactic for convincing others and yourself that what you have to say is useful and/or relevant). Everyone’s An Idiot But I Am Not is another, more casual option. Whatever your platform, make sure to stick to it, and make it clear that anyone who doesn’t agree with you is What’s Wrong With Society.

2. Keep it shame-based.
Shame is very effective for targeting vulnerable people, and since most people are vulnerable in some way, it’s an incredibly powerful tool. To use it, simply rip apart the intentions behind any given facebook posting, making it clear to everyone that you can see the bare, pathetic oozings of the poster’s painfully unoriginal soul underneath. Use provocative pop-psychology phrases like “attention-seeking”, “jealously-inducing”, and “image-crafting.”

If, for example, an acquaintance posts about the successful completion of a large undertaking such as writing a novel or learning how to make people not have cancer, focus on the element of self-congratulation in the post, not the many years of quiet hard work and lonely dedication that led to it. If an acquaintance posts an intentionally vague but clearly negative remark, be sure to eschew any feelings of compassion or concern that may arise, focusing instead on how dumb it is that your friend is reaching out in this way. In general, try to foster a sense of  “WE SEE THROUGH YOU, YOU FOOL, WE ALL SEE THROUGH YOU”.

3. Pay lip service to the fact that you know that what you are saying is poisonous and irrelevant.
Eg. “I know we’re all just helpless nascent beings careening endlessly toward the darkest edge of an already terrifying void screaming for someone, anyone to save us or at the very least to hold our hand as we go over, but can you believe that Stephanie had the audacity to post on facebook that she got accepted to grad school?”

4. Be Incredulous.
Anything can seem ludicrous if you imbue it with the right incredulous intonation. (Eg. “She posted a PICTURE of her BABY wearing SWEATPANTS.”) Be continuously amazed and appalled at the behaviour of your peers on social media, whatever that behaviour may be. Endlessly protest that you did not ask to see the things they post (do not draw attention to the fact that logging into facebook is essentially the electronic equivalent of saying “hey, whats up” to literally everyone you know, and that if you said that to someone in person you might reasonably expect them to say “I got that job I wanted!” or “I just got back from my cottage! It was nice!” or “I just pushed a live human person out of my vagina and I’m going to spend the vast majority of the rest of my life and resources fostering and caring for it and loving it more than I have ever loved or thought I was capable of loving even myself, let alone another human, even though it might grow to hate me, or turn to substance abuse, or die before I do, and there’s really ultimately nothing I can do to change that, which is pretty terrifying but I’m trying to pretend it’s fine so I can raise this damn baby. Do you want to see a picture?” If anyone attempts to address this inconsistency, show them a Venn diagram that you have made. Venn diagrams are intimidating.)

5. Pick a few key behaviours to be Not Annoyed By, so that your opinions seem “edgy” and “critical” but not curmudgeonly.
These can be literally anything, it really doesn’t matter. Demand that everything everyone posts be “interesting” (make sure not to qualify that statement; it’s important to keep people confused and scared). Claim to appreciate humour. Deem anything relating to the scientific study of the nocturnal habits of arctic foxes worthy of posting. Literally fucking anything. Remember, you’re just trying to keep the crushing realization of your own futility at bay, so don’t take too much time to consider what your opinions are, just make sure you have them.

6. Honestly? I don’t really have a sixth point, but I wanted to keep the number of points at 7 so as to create an obvious parallel and make my satire clear.

7. And I sure as hell don’t have a seventh point.
But saying something arbitrary about how leggings aren’t pants is always a safe bet, and a helpful reminder that you don’t have to limit policing the behaviour of others to social media platforms!

So there you have it! Keep these helpful tips in mind, and keep at it. You’ll have  yourself worked up into a pretty much constant state of self-righteous indignance in no time! And remember: STAY LOGGED IN.

"Anything can seem ludicrous if you imbue it with the right incredulous intonation."