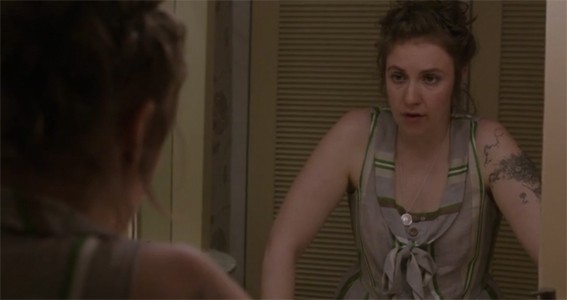 A List of My (Totally Reasonable) Irrational Fears Since Birth

We all have (“completely reasonable, thanks”) irrational fears. My aversions and phobias have evolved and grown over the years, as have I. Circumstances change and our gut feelings become more or less attuned to things we should be concerned about. My fear of the unknown is the driving factor in every single one of my anxieties. Here is a comprehensive timeline of my (again, “absolutely legitimate, thankyouverymuch”) fears since birth.

Engulfed in an afro of brown ringlets, my uncle’s hair was both parts fascinating and horrifying. I suppose my two-year-old mind was convinced that I would somehow be taken by these tangled tresses and held hostage from the rest of the world. This fear was confirmed when my mother treated her fashionable bob to a perm. The two looked identical and I had nightmares for months about being suffocated by my new Uncle Mom’s hair.

This was (is?) not so much an irrational fear, but rather a fear based in the fact that I have actually pooped in my pants by accident. I suffer(ed) from terrible Irritable Bowel Syndrome, which, as an adult, I have managed to get under control, but as a poor child inexperienced in determining whether or not something was likely to be mere flatulence or the reason I needed to leave school early to change pants, I lived in fear of every stomach grumble.

Everybody remembers lovable Joey from the hit TV series Full House, right? Of course you do. Even if you’ve never watched an episode of the show, you know the Tanner family (including weird “uncles” who live in the basement). To be honest, my fear of Dave Coulier has to do with a dream I had when I was very small, in which Joey held me hostage and acted as my tormentor (just a casual dream for a six year old). I awoke with fright and a vague understanding of what I had just dreamed (I was six years old, after all) and a lifelong aversion to Joey and Dave Coulier alike. I shudder to think of him/them.

1995 – The inevitable death of my parents

The day I became aware of my parents’ mortality, I crawled underneath my flowered duvet and wept for hours. I made my mom call around to family members asking them if I could live with them should the worst happen. Only when she had secured me what I considered to be a “cool” house did I calm down enough to push the realization to the back of my mind for the rest of my childhood.

Deathly afraid of injections, I was reminded each time someone put their hand on my upper arm of just how much a needle could hurt if one were being poked into my arm. There were obviously a couple of variables to contend with there, but I remained convinced I would be better off avoiding the reminder by strategically angling my body every time I was within arm’s reach of another human being. As long as I could keep people away from my upper arms, everything was cool. Suuuuper cool.

Believe me, in 2004 I was nowhere near losing my virginity. A slightly overweight bookworm with a sassy mouth and an intolerance for anyone who wasn’t as smart as I believed myself to be at the time*, nobody, I repeat NOBODY was interested in getting a piece of “dat bidness.” And rightly so, because I was sixteen. Long before the years of MTV’s 16 and Pregnant, I was sixteen and not pregnant, and convinced perpetually that I would become so at any moment by God’s outstretched hand, granting me a virginal birth.

Living on my own for the first time, I fretted that each time I left my apartment to go to the laundry room I would drop my panties in the hallway. Despite my efforts, I regularly lost pairs in transit and eventually reconciled myself to the idea that at least a few times in life, strangers have seen my irredeemably stained panties. It’s the price of being alive, and what a wonderful life it is.

In this same apartment where I lived alone for the first time, I encountered the horror of acquiring bedbugs. Having lost all of my furniture and fleeing my home two months before my lease was up, I have spent the last FIVE years living in fear of every black speck I see on every surface. There was even a period of time in my new apartment when I slept with my bed in the middle of the floor (away from the walls) with a pair of pantyhose tied around my eyes (to block out 24/7 lights – bedbugs come out in the darkness). I will live forever with my bedbug battling tools at the ready, and a keen eye out for all suspicious black specks.

Anyone who knows me can tell you that I live in an anxiety-ridden state of worry about anything from sunburns, to hearing loss, to being knocked out by a fly ball in a baseball stadium, to sewer goblins (totally possible), to good old-fashioned death. I think about the least likely freak accidents and I fret about the variables that could tip a situation from mildly uncomfortable to the Perfect Storm. At this point in my adult life, I have gotten F.E.A.R down to an art. There’s no longer any need for anyone else to worry about anything, because I’ll worry for you.

Keep Dave Coulier away from me.