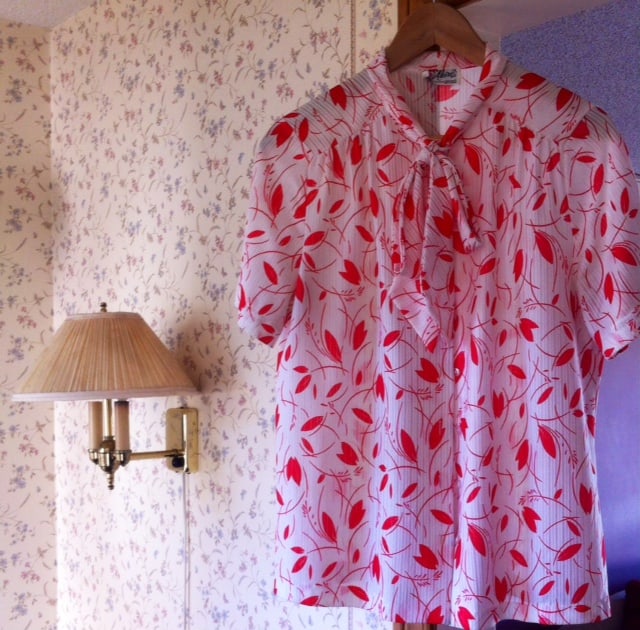 A Love Letter To Thrift Stores

If you are a thrift store, I want you bad.

It’s a bold, direct way to say it, I know, but that’s the only way to do this. I mean, if I’ve learned anything from hours rummaging and combing through racks of gently (or not-so-gently) used merchandise, it’s that if you see something, you go for it. Well, I saw you. And here I am.

I know it didn’t always used to be this way. I know that for years I protested wearing things whose origins I couldn’t trace. Where had these pants last sat? Who wore this shirt and to which Arby’s? Why does this 1970s-era bag still smell like cigarettes?? How foolish I was.

Because, Old Me, that’s what thrifting’s all about. While I could waltz into any mall and buy something new (and I do, but we know this isn’t exclusive, it’s *why we work*), none of those clothes have a past. They haven’t been damaged. They haven’t experienced things. They weren’t privy to conversations that may have changed someone’s life trajectory. Box store clothes haven’t seen things. But this used early ’60s fur? You know it’s seen some shit.

And you, thrift stores, are the purveyors of said shit. Less a store than a museum, you house hundreds of actual, woven-together, sometimes-stained memories, and for that we should be grateful. After all: we wear clothes to tell a story, so why not carry on somebody else’s story while we’re at it, kind of like Sisterhood of the Travelling Pants if you were to cut those pants into cut-offs and pair them with a sweater circa Electric Circus.

Not that jeans were the first things I bought. The first time I thrifted—and I mean, really thrifted—I was skipping class with a friend on Reality Bites Day 2009. And frankly, I was overwhelmed: before me lay racks on racks on racks of clothing I both wanted and was afraid of. Was this 50 Shades of Grey? Because damn, that dark denim looked faded. But thankfully, with the guidance of a pal who’d run this course a million times, I dove in. And that’s when I saw it: a late-’80s floral blouse with a tie-up collar. By the now-defunct D’Allaird’s. Just like Nana used to wear.

I bought other pieces that day, sure (a denim pencil skirt, more floral everythings that I got rid of within a few years), but it was that top that showed me that clothes are far more than just a helpful barrier between us and charges of indecent exposure. Used ones represent everything from somebody’s dreams to a terrible night at a bar. And in my case, they signalled that my Nana was hanging out in some walk-in closet afterlife saying, “Yo girl, I told you D’Allairds was sick.” (She was right. I still have that top.)

Ultimately, you blessed, wonderful thrift stores give us a blank canvas on which to draw a heavily cultivated aesthetic. You merge decades and styles and trends and then prompt various flashbacks of when I wore a lot of turtlenecks under sweatshirts like Jill Taylor from Home Improvement nearly 20 years ago. And you help me remember that my Nana was one well-dressed mother-birther. So thank you.

Why our family prefers secondhand shopping