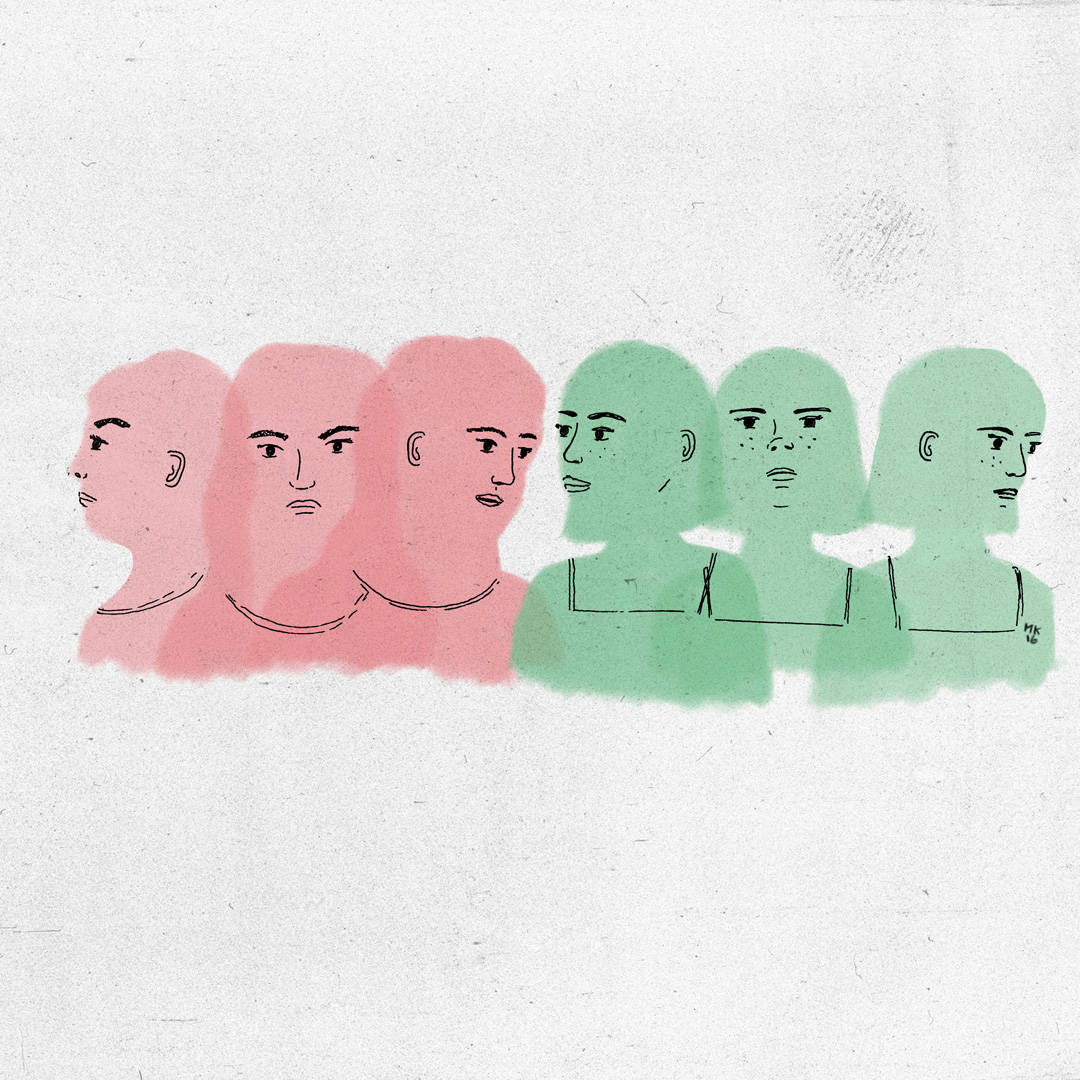 I try very hard to practice compassion and understanding with the amazing women I have in my life. The friendships I have are incredibly important to me and, being a woman myself, I know there are days when you just can’t get everything right. I try to give women the forgiveness I hope they can afford me on my bad days; however, lately I have been continuously troubled by one of my long-time female friends. We have diverged in our thinking and approach to life over the years but have managed to remain close. I have noticed she has upheld a high school friendship with a man who has become nothing short of appalling. He has a violent social media presence where he often attacks transgender women and “SJWs.” He degrades feminism and its ideals, something that is integral to my life.

I am mostly baffled that my friend, who has never directly expressed any of these ideas to me (and knows that I am a feminist), is interested in maintaining a friendship with this man. The thought of ending my relationship with her breaks my heart, but at the same time, I have been unable to get past this issue (and I often end up reading his social media and falling into a spiral of getting more and more confused and hurt over why she would have this guy in her life).

Am I overreacting? Are her friendships none of my business?

Thanks for your help!

In my old life, before I had an advice column and a cute railroad apartment by Ossington station, I was an American Sign Language interpreter in a high school in Canada’s smallest town. One day in a grade 11 Global Geography course, the teacher told the students that the richest 62 people in the world were worth more than the poorest 50% of the world’s population combined (or whatever the equivalent statistic was in 1999). As soon as I finished interpreting the teacher’s words into ASL, the student stopped me and said, “You signed that wrong.”

“Probably!” I replied. Things involving numbers is touch-and-go for me in any language. I asked the teacher to repeat the statistic. He did, I signed it again, and the student looked at me like I was crazy.

“That doesn’t make any sense,” he signed. “Someone should … tell them.”

The “them” in question to him was anyone with a power to change anything. And I think it’s worth noting that from his perspective, “them” meant hearing people. Which, if you want to lay the world’s evils at the feet of anyone, is a pretty good place to start.

I half-heartedly tried to explain to him that it wasn’t as easy as just telling someone. That people actually did know this sort of thing. That things were hard to change because … reasons. But I didn’t completely buy what I was saying. From my perspective, people did believe a lot of things that I didn’t think were true. I realized I didn’t exactly know why, but I wanted to find out. So when my career as an interpreter was over, I decided to study Public Relations to learn how to change minds. It’s been the focus of my work ever since.

How minds get changed on the internet is of particular interest for me. One of the conclusions I’ve come to is that there are two types of people who fuck up the discourse online.

Julian: FUCK YOU, TREVOR. I HOPE YOU LITERALLY FUCKING DIE FOR SAYING THAT.

Even though it is Julian who has escalated this situation, he will never be the target for the misogyny that is fuelling dudes like Trevor. Instead, gets to swan away triumphant and unconcerned about the women he has left vulnerable to ramped up male anger.

Here is the thing: people are influenced by perspectives shared in online conflicts. If not the participants directly, then folks watching the public conflict happen. I have seen it happen to an astonishing degree. But no one is very likely to have their mind changed by explosive vitriol. So after a dude “ally” throws an anger-bomb into an online argument and disappears in a puff of self-righteousness, that leaves the targets of the initial attack in the position of having to engage. We often jump into rational explanation mode, both to try to de-escalate the conflict for our own safety and also because of a feeling that someone has to try to present a rational opposing viewpoint.

From my perspective, it’s the able-bodied straight white dude who should actually be an endless source of patient education and clarification in all situations. As the person least impacted by the misogyny (or racism or homophobia) in question, he is both better equipped and more obligated to spend long hours explaining and re-explaining the issues at hand (obviously using source material from the oppressed group in question). That is the responsibility that comes with the privilege of never being the target.

As often as I have seen dudes making giant rage messes for calmer heads to sort out, I’ve also seen countless threads where endless white dudes are debating if something is sexist or not without the participation of any actual women. Stumbling across one of these threads is like watching a horror movie wherein someone you thought was your friend is calmly interacting with a monster.

When I have the emotional energy to do so, I usually end up posting something like, “Well, this is fucked up” in the thread. At this point, I am immediately flooded with a dozen messages from dudes being like, “I know he said some fucked up things, but my friend just had a really bad breakup so he’s in a bad place. Sorry I didn’t say anything, he is booking this event that my band wants to play. I’m glad you spoke up! <3”

These guys want to have it both ways. They want us to reassure them in private that we know they are good guys, while never having to take any social risk themselves. My friends and I keep a list of these guys, and warn each other never to date them.

It’s possible your friend has seen these patterns of online discussions too, and feels like if she doesn’t expose her shitty friend to alternate viewpoints, no one ever will. It’s also possible that her friend is someone who it doesn’t feel safe for her to have conflict with. Or maybe she is someone who thinks “it’s just the internet!” about these sorts of comments. (I can’t claim to relate to that last group of people in any meaningful way.)

One thing I have started doing is tagging my male friends into threads like this, asking them to deal with misogynist dudes in patient ways. I feel like it’s a chance for guys to start solving the problem of toxic masculinity themselves, and payback for every time I’ve been tagged into a thread about violent sexual assault by someone saying “Audra Williams: Thoughts?” (Like, my thought is that I still think sexual assault is very bad, thanks for ruining my day, though!).

I do think it’s worth raising the issue of this dude with her, though. Because everything in our culture seems to reinforce the idea that people who get upset by this sort of thing are just being uptight and awful, so sometimes it takes another person to reaffirm that it’s okay to be take issue with it. It might also be worth gently reminding her that by keeping this guy on her list, she is leaving her trans friends vulnerable to a transphobic dude.

Therein is one of the biggest challenges with friends-list curation, and one I haven’t been able to figure out how to navigate. How can people with the most privilege put themselves on the front lines of reasoning with people with oppressive views, without exposing their less-privileged friends to these jerks?

I don’t have the answer to that one, I struggle with it a lot. (If anyone has any solutions, please send them my way.)

Yours in conflicting emotions,
Audra