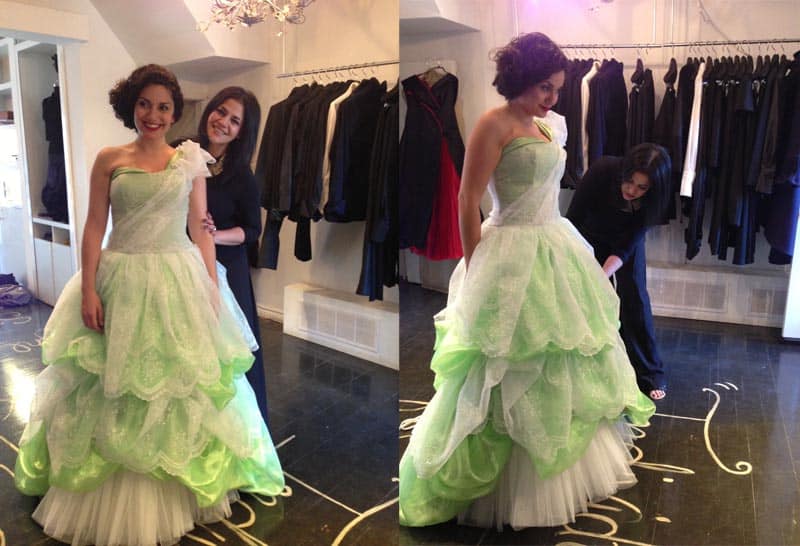 Against the Grain Theatre Presents Figaro’s Wedding at the Burroughes

Against The Grain Theatre is a collective of passionate, young, professional opera performers who are moving traditional works into unconventional spaces. For four nights only, they will be performing Mozart’s The Marriage of Figaro, retitled Figaro’s Wedding, at The Burroghes loft building at Queen and Bathurst. Intimate, different, and dramatic, guests will feel like they are at an actual wedding—but instead of long speeches and a predictable DJ, they will be moved by a chamber orchestra and sung to by some of Toronto’s hottest young opera talents. Seriously, how cool is this?

Directed by Joel Ivany with musical direction by Christopher Mokrzewski, this will be a Toronto event like no other. “We’ve set our Figaro in the way everyone always wanted it,” says Ivany. “I’m often asked why we would mess with a good thing; I really think you have to take risks if you want to present truly new, engaging musical experiences.”

Soprano Miriam Khalil will sing the high notes as the blushing bride, and bass-baritone Stephen Hegedus will take Figaro, the stressed-out groom. Even the wedding planner and florist will belt out emotional ballads!

Beyond the dazzling up-close theatrics, guests can also marvel the wedding dress that was designed especially for this performance by esteemed local designer Rosemarie Umetsu. “What would Marie Antoinette wear if she was a hipster bride?” says Umetsu when describing the inspiration for the dress. Walking down the aisle soon? Perhaps you too can take inspiration from this enchanting wedding.

Taking place at The Burroughes on Toronto’s Queen Street West, four performances will be presented on May 29, 30, 31 and June 2, 2013 at 7:30 p.m. Tickets are sold out for the first three performances, but you can still purchase general admission for Sunday June 2.