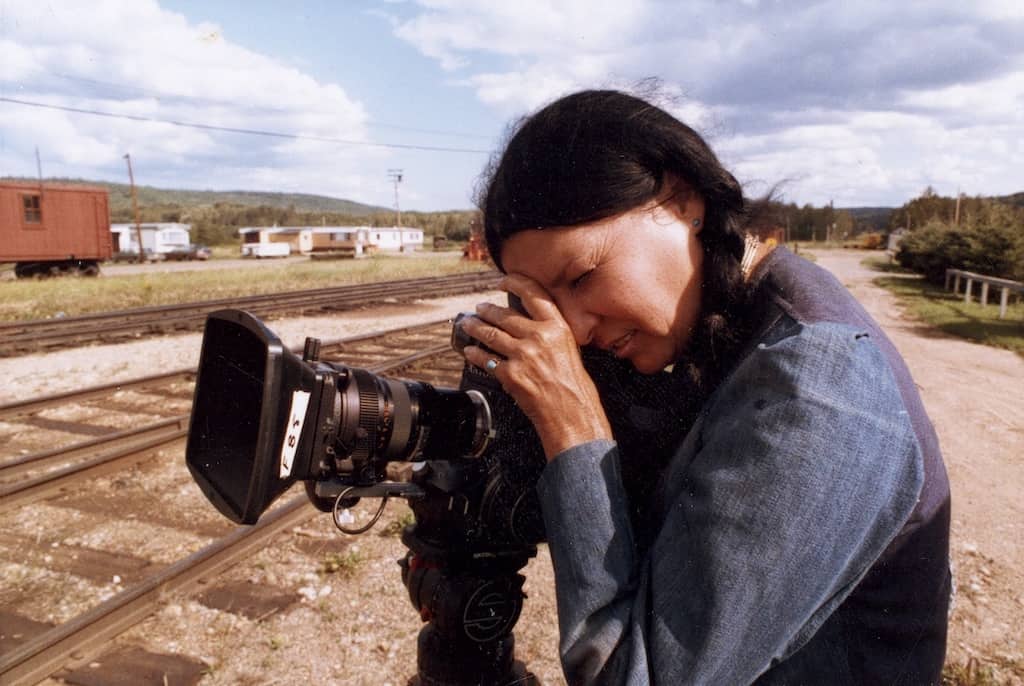 "So much history can be lost if no one tells the story - so that's what I do. I tell the stories. This is my way of fighting for social change."
Film

Every two years the Glenn Gould Foundation honours a living individual who has enriched the human condition through arts with the prestigious Glenn Gould Prize, named after the renowned Canadian classical pianist and broadcaster. This year, the prize will be awarded to legendary documentary filmmaker, artist, and activist Alanis Obomsawin, who was recently honoured at the 2021 Toronto International Film Festival with a career retrospective.

Alanis has been a director and producer at the NFB since 1967. In her 54 years, she has made 53 films, amassing a prolific body of work that has provided a platform for Indigenous peoples to have their stories seen and heard. Her work has been tremendous in raising awareness about inequities in this country, and demonstrating the horrifying harm colonialism has caused, and continues to have. “So much history can be lost if no one tells the story – so that’s what I do. I tell the stories. This is my way of fighting for social change,” said the filmmaker.

In 1981, Alanis bravely focused her lens on the police raids in Restigouche Reserve, documenting the violence inflicted upon Mi’kmaq fishers in the documentary Incident at Restigouche. In 1990, Alanis daringly spent 78 days behind Kanien’kéhaka lines filming the armed standoff between protestors, the Quebec police and the Canadian army, to capture the Oka Crisis on film. Her feature documentary Kanehsatake: 270 Years of Resistance won 18 international awards. These are just two of her many landmark films. Recently, Alanis completed a seven-film cycle devoted to the rights of Indigenous children and people. At age 89, her grit and endurance remains unwavering. 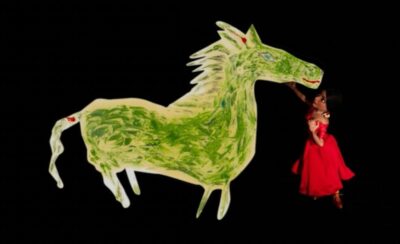 As the winner of the Glenn Gould Prize, Alanis will receive $100,000 from the Glenn Gould Foundation. The Prize will be awarded to the filmmaker on October 4, at 7:15p.m, ahead of the premiere of Seeds: The Art of Alanis Obomsawin, a stunning sound and light show, by Métis filmmaker Terril Calder. The light and sound show celebrating Alanis’ contributions and legacy, will be projected on the east facade of the Royal Ontario Museum. At 170 feet wide by 70 feet high, the high-impact projection can be easily viewed at Avenue Road and Bloor Street, but we recommend the steps of the Gardiner Museum as the best place to take it in.

If you cannot make the show that evening, you have until October 17 to catch it. Seeds: The Art of Alanis Obomsawin will be running nightly (8pm-10pm) with three shows per hour. Attendees will be able to access the soundtrack, featuring the vocals of Obomsawin, on their wireless devices. After Toronto, the sound and light show will travel across the country.

In addition to the spectacular light and sound show and prize, the Glenn Gould Foundation has also announced that they’ve partnered with Perceval Press to publish the book Dream Visions: the Art of Alanis Obomsawin, which will be released in December. The 90-page hardcover book is the first of its kind that celebrates the artwork of Alanis, featuring 42 reproductions, and a foreword by Buffy Sainte-Marie. 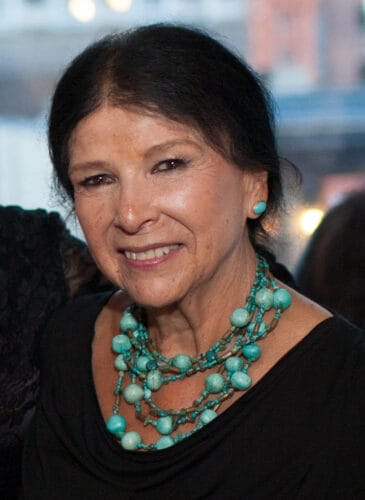 As always, Alanis’ films, spanning six decades, are free to watch on the NFB site. All Canadians should make time to view and reflect.

We can’t think of a more deserving person to win the biennial Glenn Gould Prize. Past recipients have included Leonard Cohen (2011), Yo-Yo Ma (1999), and Oscar Peterson (1993). For more information on the Glenn Gould Foundation, or to see all 13 laureates, go here.

"So much history can be lost if no one tells the story - so that's what I do. I tell the stories. This is my way of fighting for social change."