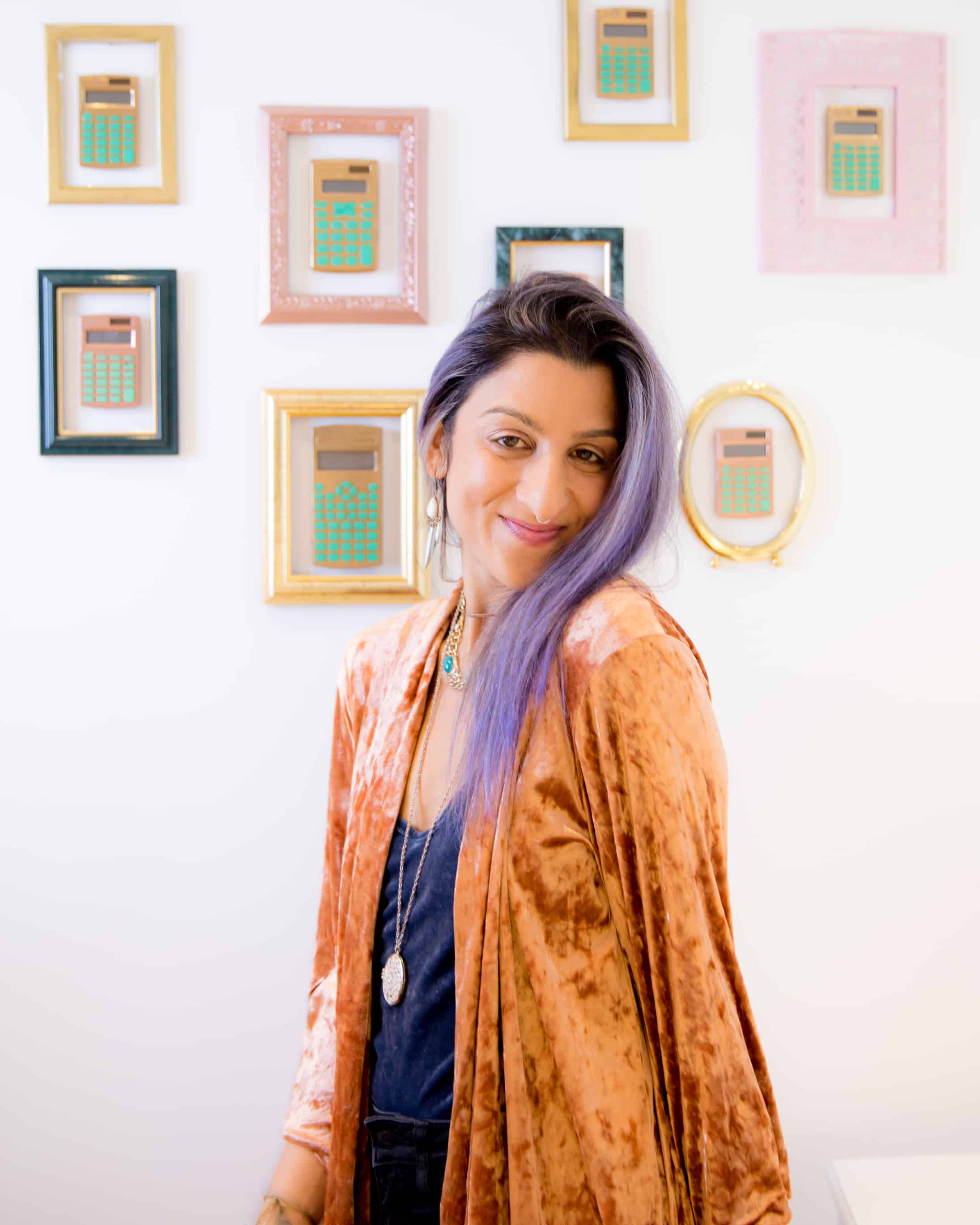 In our ongoing Womxn x Alcohol series, we’re interviewing dozens of Canadians who stopped drinking to support their mental health as a way to explore and demonstrate how broad the alcohol-use disorder spectrum is.

Through sharing our stories, we hope to begin to educate the masses that recovery looks different for everyone, while also fighting the stigma that prevents healing—as individuals, and also as a society.

Vanessa Vakharia is the founder of The Math Guru, a beloved boutique math and science tutoring studio, located in North Toronto. We’ve profiled Vanessa’s amazing contributions to STEM education before, and love how her business is built on principles that not only help students gain confidence in their skills, but also find the fun in solving equations.

Vanessa is a mathematician, a successful entrepreneur, one of the few keytar players in this country (which she plays in her band Goodnight, Sunrise), and an all-round creative spirit. Like me, Vanessa is also a woman in recovery for alcohol-use disorder. (There are literally millions of us—this series could continue indefinitely!)

Vanessa got sober in 2018, and shares with us how life has changed since that time.

A classic narrative I have about myself is that I’m  more fun when I drink. I can’t believe what BS that’s turned out to be! I think that one of the most incredible discoveries that I made during the early days, honestly, was that I give way less of a f*ck what people think of me than I thought I did. That belief had been so so limiting to me, and had kept me from quitting alcohol for so so long. Once I realized that I actually didn’t give a shit what people thought about me, saying no to alcohol became SO much easier…and actually kind of empowering to be honest!

Today you can find me ecstatically preaching the benefits of sober life to anyone who will listen, and like, marvelling at the fact that I am legit SO much happier than I have ever been in my entire life. I know, I sound like one of those annoyingly bubbly sober people that people guzzling bubbly just LOVE to hate. But whatever, I stand by it. Sure there are moments here and there where I’m like “man, a drink would be great right now” or, “it would be great to get hammered and swim into a sea of oblivion and forget all of my worries for 5 hours,’ but those thoughts are very quickly replaced by the immense pride and power I feel knowing that I am committed to living my life – all of it – as sober me. It turns out that sober me can handle a helluva lot more than non-sober-me.

That kindness and support can be found in the most unexpected places, from the most unexpected people. Lately I have been receiving a LOT of love and encouragement from literal strangers. I hate to say that sobriety is becoming trendy, but I really do feel as though we’re now in a place where we know that numbing out isn’t going to change the things about ourselves that we don’t like—and it certainly isn’t going to change a world which desperately needs changing. I think that on the whole people in general are perhaps more open to considering that in a world where experiences and interactions continue to become LESS authentic, that being sober might be something that we can do to bring us closer to authenticity. I know this sounds super catch-phrasey and a little out there, but I just get the feeling that we—as a collective—are so hungry for authentic experiences that we’re finally willing to consider something as drastic as sobriety as potentially integral to living our best lives. There, now this is OFFICIALLY the most catch-phrasey thing I have EVER written! 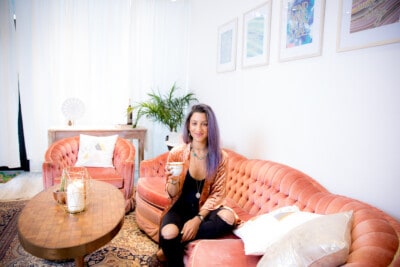 OMG, this question gets me every time. I think this is every non-drinker’s most hated question! Okay, so how I answer this one really depends on my mood, but also depends on how condescending/confrontational someone is being. Seriously, this is one of the hardest questions to answer because there isn’t ONE answer…there are SO many reasons why I don’t drink, and I seem to magically collect even more reasons with every passing day! Usually though, when someone asks me why I don’t drink, I say that I am simply a consistently happier person without alcohol.

Fun looks like so so so many things! It looks like rocking out on stage with my band, snuggling up with a good book on a rainy day, enjoying deep, meaningful conversations with strangers, charcuterie boards, sipping a cold alcohol-free beer (omg there are SO many good ones!), people watching, checking out live music, long dinners with 10000 appetizers, coming up with crazy ideas and figuring out how to execute them, lighting way too many candles and pretending my living room is a Speakeasy, writing, meditating, making music, spa dates, and spending time with the people who actually bring value and meaning to my life.

That it gets easier, that there is a light at the end of that tunnel, and that sobriety is a LOT less lonely than it seems (a LOT less)!

To be honest, when I started out, I didn’t have many supportive friends and I didn’t have ANY sober friends who I could talk to. What actually helped me the most was reading stories about addiction and sobriety, and actually reading books about what addiction even LOOKS like. I think that discovering that addiction didn’t have to look like the grotesque rock-bottom visual that we’re typically sold helped me see my behaviour through that lens, and that’s what ultimately gave me the motivation to change it.

That you will always want a drink. That you will never have as much fun as you did before sobriety. That you will all of a sudden permanently Cinderella-at-midnight into the boring, unrecognizable version of yourself you always feared was lying beneath that bubbly, intoxicating, golden elixir. Like, none of that is true. You’re you, you’re awesome, the alcohol is just dulling your bright, twinkly spark.

The greatest gift that sobriety has given me is trust…in myself.  I don’t think it ever occurred to me that I have lived most of my life not entirely trusting who I would be when I woke up in the morning. I suppose it feels a lot like freedom. I have always wanted to be free.

Vanessa’s a truly fascinating person who has has mastered finding success through failure. Follow @TheMathGuru on Instagram to learn more about Vanessa’s work, or check out the company website. More of our Womxn x Alcohol interviews here.