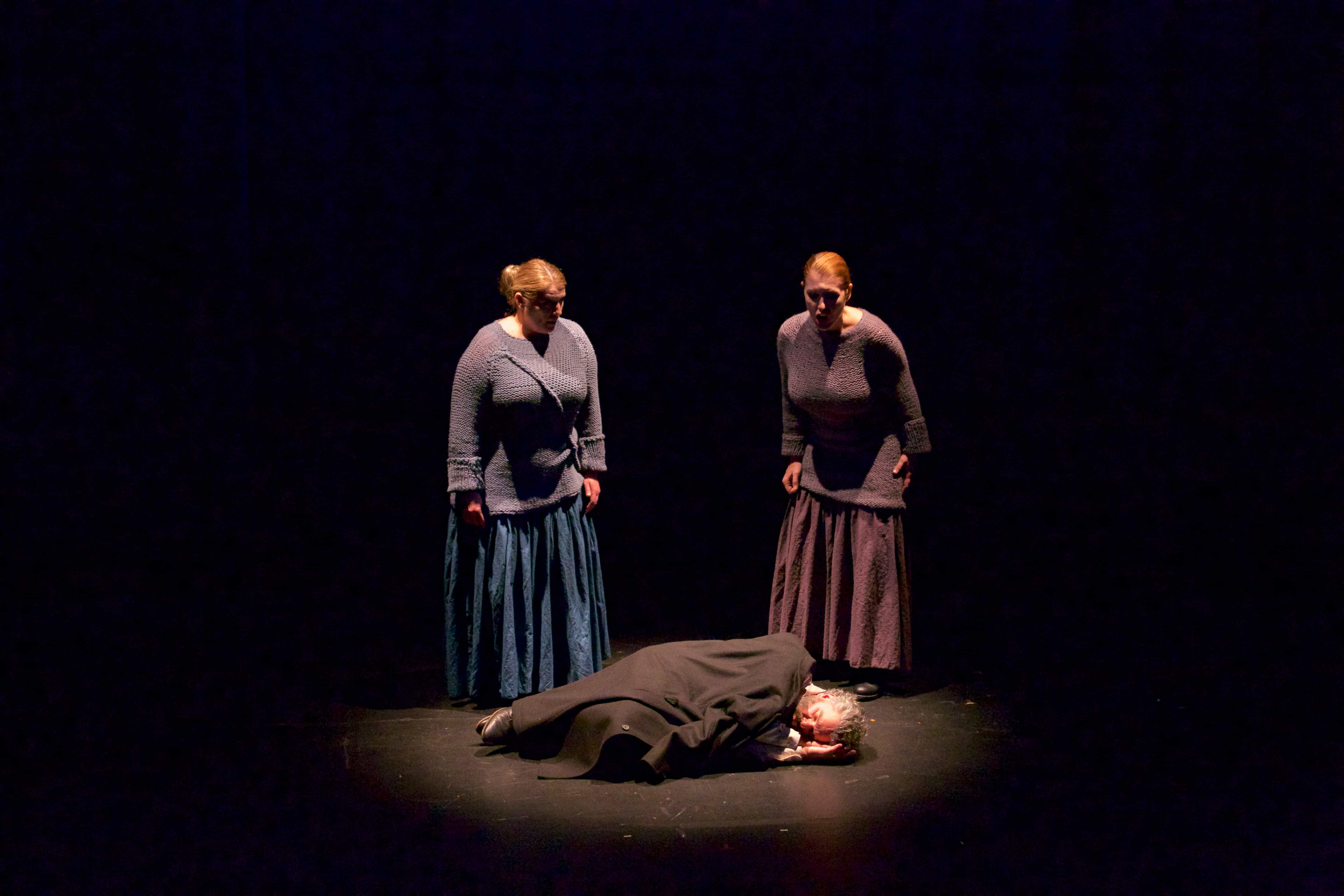 All But Gone: Finding The Feminine In Samuel Beckett

Director Jennifer Tarver’s new play, All But Gone, pairs Samuel Beckett’s avant-garde short works with opera – two female voices singing contemporary pieces by female composers – to contrast the male characters and masculinity of Beckett. We caught up with Tarver to find out what it’s all about.

SDTC: When did you first come upon Beckett’s work? What is it about it that fascinates you?

JT: I was probably in my late teens when I saw my first Beckett play, Act Without Words II (which is part of All But Gone), at the Edmonton Fringe Festival. Aside from being a text without words, its minimalism in every aspect was the most striking thing to me. I realized then that a profound statement could be made without dialogue in twelve minutes. That is what got me hooked on Beckett.

Can you explain how All But Gone evolved?

All But Gone is an evolution of a piece that I directed four years ago called Beckett Feck It. The impulse to combine Beckett plays with this particular vocal music was for two reasons. First, the juxtaposition of the highly emotional, highly expressive vocal music with the silence and minimalism of Beckett’s plays. The other exploration that we have presented in All But Gone is positioning the music as sounds from another world or a parallel existence of that of the plays. This idea springs from my experience staging Waiting for Godot at Stratford and the discovery of a thirty-second moment in the play in which Valdimir and Estragon stop their routines and their ritual – their “play” – in order to listen to what lies outside the road they’re on. It’s only when they stop “doing” that they can hear something beyond themselves. The musical elements of this piece are the exploration of that world – what lies beyond their insular world.

This is such a tough question! I want them to find an emotional narrative. I want them to have the opportunity to witness Beckett’s work in a specific context. It’s almost like in contrast with the music, the minimalism of Beckett and his theatrical craftsmanship is somehow laid bare for everyone to experience.

All But Gone opens October 11 and runs through to November 6th at Canadian Stage Berkeley St (26 Berkeley St.) Tickets can be purchased here.