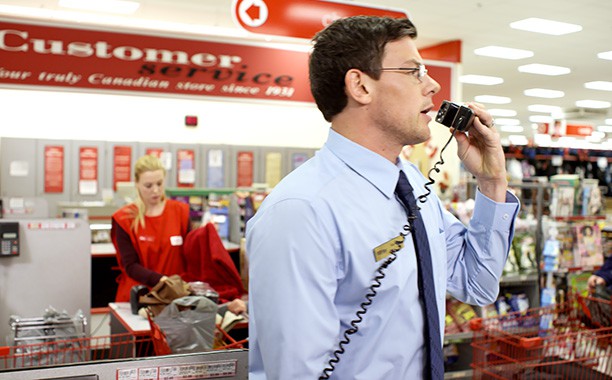 "Maybe a film like this, set in a Halifax mall, was exactly the kind of normal life he secretly craved sometimes."

All The Wrong Reasons, starring Cory Monteith, is a touching film about ordinary people dealing with tragedy

I was never a Glee fan, so the first time I really heard about Cory Monteith was when I read the newspaper headlines about the long struggle with addiction and the overdose that appeared to have killed him. I didn’t relate to the outpouring from Glee fans, but as a fellow addict, his story was sadly familiar and not that surprising.

This afternoon, I put on headphones, sat at my desk and watched a press screener of All The Wrong Reasons, written and directed by Canadian filmmaker Gia Milani. It opens in select theatres this weekend and is one of the last films Cory starred in before he died. The film tells the story of four ordinary people dealing with major life struggles, ranging from single parenthood to a sibling’s suicide. Set during Christmastime and shot in a Zellers in Halifax, this is the opposite of a cheery holiday flick.

Kate (Karine Vanasse) watched her sister jump off a building; a year later she is still living with the brutal effects of PTSD (Post Traumatic Stress Disorder). She’s unable to cope with intimacy and is fearful of any kind of human touch. Her husband James (Cory Monteith), a department store manager, sets her up with a job watching the store security cameras; a role that keeps her at a distance from staff and customers. Although terribly empathetic, James is sexually frustrated and becomes distracted by Nicole (Emily Hampshire), a store cashier who is a single mom seeking a quick fix for her struggles. Lastly, Simon (Kevin Zegers) is a fireman who lost part of his arm on the job and is desperate to get his life back on track. In the meantime, he pushes boxes around the store storage room.

This is a low-budget Canadian film that deals with a lot of depressing subject matter, but I like it because it’s raw, poignant and doesn’t sugarcoat real life. Your cab driver, the woman who delivers your mail, the dude who writes your name on a cup at Starbucks and the girl who packs your groceries: they all have complicated lives, challenges and riveting stories. All The Wrong Reasons reminds us of that. And this powerful cast delivers believable performances.

But why would a star like Cory Monteith, racking in money on a hit show and with millions of fans, sign up for a film like this? Because Cory was also just an ordinary person. He liked to act and this was a very different role from the singing and dancing quarterback goof on Glee. Maybe a film like this, set in a Halifax mall, was exactly the kind of normal life he secretly craved sometimes. Perhaps being in the limelight, with the pressure and constant reporting of ratings, was too much. It would be for most people.

It is horrible and eerily ironic that Cory isn’t here for the release of this film about untimely death. But celebrities fall victim to personal tragedy the same way cashiers at department stores do. We’re all just humans trying to do the best we can.

Pacific Northwest Pictures has kindly given us ROE double passes to give away. For a chance to win, tweet “Dear @Shedoesthecity, I want to go to All The Wrong Reasons opening in theatres this weekend!”

All The Wrong Reasons opens in select theatres on November 1st. Watch the trailer now.