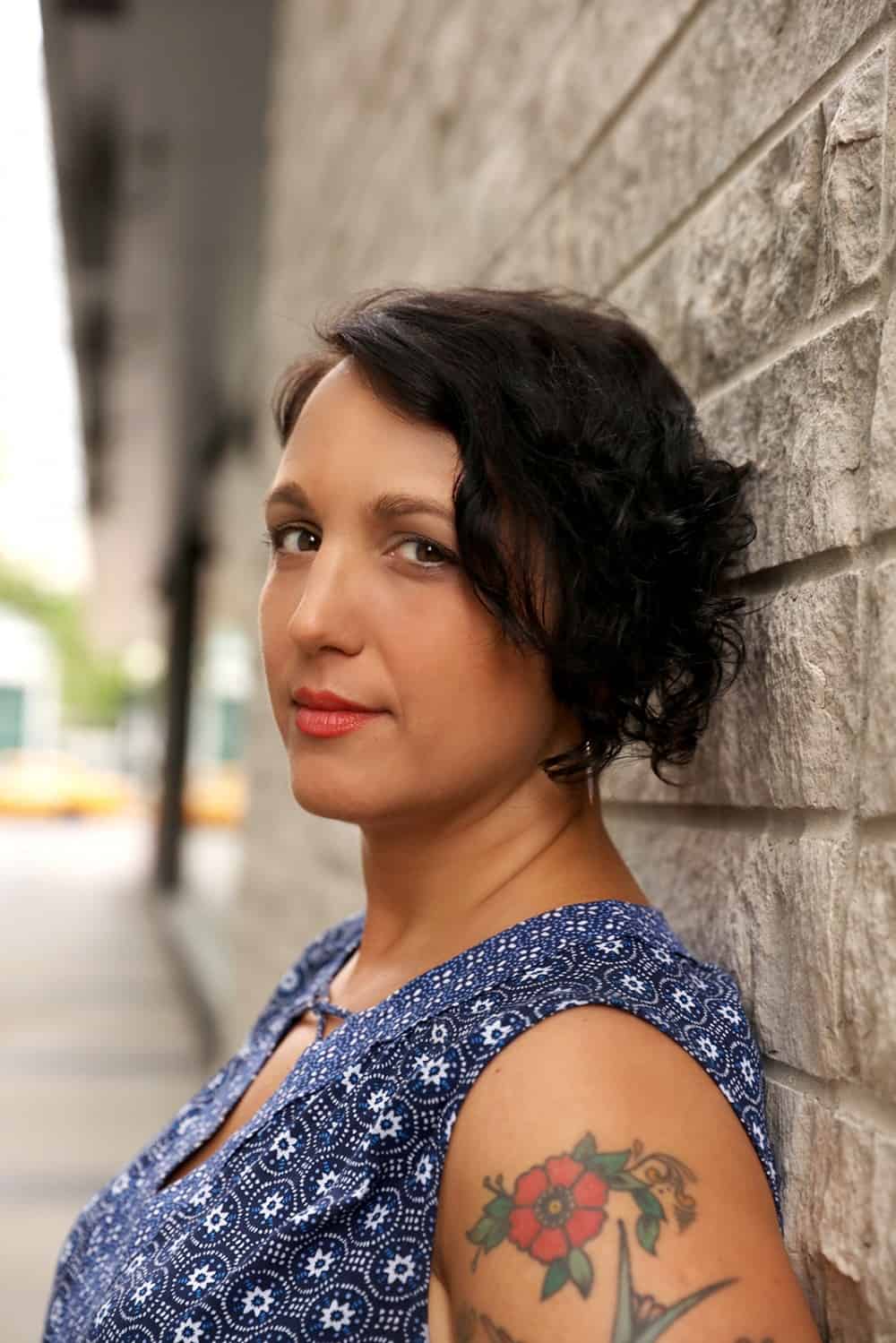 Michelle Parise’s ‘Alone: A Love Story’ Reveals Hope in the Aftermath of Infidelity

Michelle Parise loved being married. Despite the rocky bits, she’d assumed the union was solid. Then her husband dropped the bomb: he was having an affair with a woman at work.

As their marriage imploded, the CBC producer went into auto-pilot. She came up with a sticker system for their stuff–red for her, blue for him–so the movers could easily cart it off to separate apartments. They split custody of their young daughter, and Parise filled her nights with cigarettes, booze and casual hookups.

As time went on, a story started to come together–her story–of how they’d met, come together, and fallen apart. It was about how she felt as she emerged from the wreckage of infidelity, alone. Last year, her podcast memoir Alone: A Love Story, climbed to #2 on the iTunes podcast charts.

Alone: A Love Story looks unflinchingly at marriage, motherhood and sexuality. Through intimate personal vignettes, Parise reveals her sorrow, her warmth, her loneliness and her anger. Above all, the podcast is about love and the pain fuelled by the expectation that things should be different.

This week, SDTC talked with Parise about her story.

SDTC: Has your ex-husband listened to it? What did he think?

I didn’t do this with any callousness. Every word I said was agonized over and vetted and fought through. He knows that there are a bunch of things I didn’t say that I could have if I were a different person. I approached this with a journalistic standard; this was my story to tell. I can’t tell his story. I’m not trying to guess at his motivation, or his past, or what led him to that. I’m sure there are things he wishes I didn’t say, but overall he’s been extremely supportive.

I’ve noticed you haven’t voiced a lot of vitriol towards the woman he had the affair with. What are your feelings about her now?

That’s a very conscious decision. You heard the part where I went to her apartment. Other than that, I don’t really talk about her. I don’t have anything really to say about her, because it’s not really about her. My feelings about her, obviously, are complicated [laughs]. I didn’t want to make it seem like revenge art. She’s not interesting to me. It’s about us and the impact of her. There are echoes of her, but she’s just a ghost. I mean, I’m sure she’s a real, full human being with her own reasons, but I can’t guess at that, so there’s no point of me even going there.

You found yourself thrust into the Toronto dating scene as a single mom in your late thirties. What was that like?

I’d never dated before. I’d never picked up a guy at a bar. I’d never given anyone my phone number. I’d never had a one night stand. I’d never had sex without love until I was thirty-seven. I just had one relationship after the other, and they were all with people I knew very well. Nobody ever talked about exclusivity when I was younger; that wasn’t a thing. It was just like, “I like you, you like me, now we’re going out.”

I’d never went on a date where I didn’t know the person, so it was extremely weird. And on top of that, it’s like texting now, and texting is the fucking worst. I can’t figure out what anybody is saying and they can’t figure out me. I’m a very physical person; I take a lot of cues from touch and people’s eyes. So much of dating now is texting. I’d rather just not. I had never done online dating or Tinder because it’s awful for me. I don’t know how to talk to people that way.

So I just do all my dating if I meet people in person. And now I don’t even fuckin’ care. Whatever happens, happens. I’m way more mellow.

Are you grateful, in a way, that you had to go through that?

No. If I had to choose one way or the other, I would choose any day to still be in a monogamous, committed relationship. I’m fine being on my own, but I find that exhausting.

If you’re a woman who likes to have regular sex, a committed relationship is preferable. I can have safe, regular sex that I like and that is not random. It takes so long to find the rightness. I don’t know why people love being single, it’s almost always disappointing sex, in my opinion. Other people get off on the new. I just find when you know somebody, that’s when sex can be amazing. 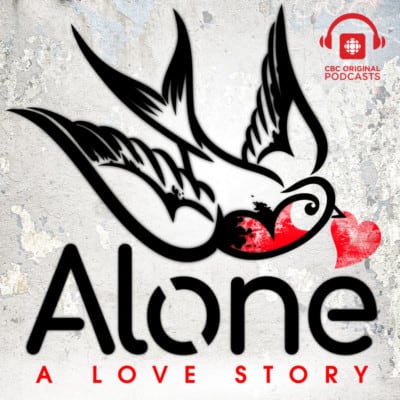 I have resilience more than I could have imagined. When the bomb first dropped, I just went into producing mode. Now I’m project managing! Oh, my husband had an affair. I had no fuckin’ idea. I’m not living in this house a second longer–call the real estate agent! We’ve gotta pack the house. Let’s find some collaborative lawyers because I don’t want to go to court. It was business.

I also started drinking for the first time in my life. I became an alcoholic, basically, for a full year. Even through that, and not sleeping at all, I went to work every single day. We packed up the house, we went to the lawyers, we wrote our own separation agreement, we parented our child. I did all of that stuff under the most duress.

Once I was out on my own, I had such a hard time. I had my own mortgage, my own car, my own child sometimes–I could manage life. It was the internal life I couldn’t manage. It took me until 2017 until I could come home to my apartment when no one was there. That’s fucked up.

What made you at peace with being alone?

I grew up in a giant family of noisy people. There were always people around. There was no personal space or sense of privacy or alone time. To go from a life of noise and people to an empty apartment is a hard switch to make. At forty years old, I was just like, what the fuck? I just spent my whole life with a billion people always in my face and now there’s nobody. I like it now, but it took me until last year.

Do you get advice from listeners about how to manage your personal relationships? Does that get annoying?

It doesn’t actually happen that much. It’s not annoying to me. I think people misunderstand that this isn’t happening right now–it happened years ago. I’m just trying to stay true to who I was when I wrote it. Sometimes I’m saying things and I think, “Oh my god, I don’t feel this way anymore.”

The podcast is addictive. In spite of all the stuff you went through, there’s still a sense of hope.

I tried to weave hope all the way through it. I don’t think anyone wants to listen to twenty episodes of despair. I was always hopeful. Even when I was at the bottom of a well feeling sorry for myself, you as a listener know I’m not going to stay there. If I did, I wouldn’t have written it. I did not stay an alcoholic. I did not stay randomly hooking up with crazy randos just because I just didn’t care. I felt nothing for a time. I can talk openly about these things because it was a period of time in my life.

It doesn’t seem to have jaded you towards love.

Maybe it would be better if I would just fucking get jaded already [laughs]. I love love. I believe relentlessly in the possibility. I’m a stupid idiot, just like everybody else. Everyone’s making it up. There’s no actual certainty.

That’s why I’m telling the story, so every other person knows they’re not alone in being idiots. Dating is terrible, especially for heterosexual women (and for a lot of my lesbian friends, too). It can grind you down and I understand why people turn away from it altogether. But I don’t want fear to make me jaded or to stop me from taking new chances in life. I would rather believe in love than be one of those people who have closed themselves off to it entirely, that make fear the driving force of their life.

People must hear your story and feel like they know you. Is that weird?

Yeah. I’m not used to that. I’ve been a journalist and a radio producer for twenty-two years and I’ve never had that happen before. The thing with podcasts is, I’m talking directly into your ear, so there’s that intimacy that makes people think they know me and want to be my best friend. And that’s okay.

The whole motivation for me was that there are a lot of things I talk about here that I don’t think we talk about very much, or we don’t hear very much–in popular culture or anywhere. I think that’s maybe contributing to why people feel alone. My motivation was to speak the truth in an artful way, and maybe feel connected to people.