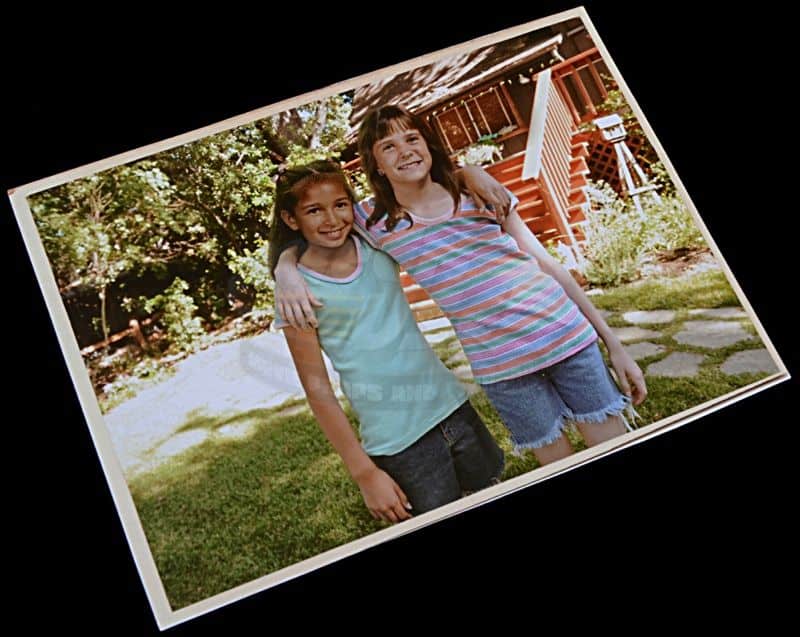 Last night I watched my oldest friend get married. We have been friends for nearly twenty-four years. We grew up on the same street and spent all of our free time together, often eating Oreos with peanut butter. Whether it was putting on a “Ripley’s Believe It Or Not” show for the neighbours (I can hula-hoop and shoot a basket at the same time…believe it!) or coming up with Freaky Friday-like concoctions, such as 7Up with marshmallows (it was surprisingly pretty good), we always had the best time together.

All of my favourite memories from my childhood are with her. She was the sister I never had, so obviously I was thrilled when I heard she was getting married. I mean, we had spent lots of time dressing up as brides and pretending to get married, but this was the real deal and I couldn’t wait to see it become a reality. Immediately after hearing of the engagement, I booked a trip to Arizona to visit her and meet her future husband.

I then spent the next few months anxiously waiting to hear about wedding details and for her to inevitably ask me to be a bridesmaid; however, the months passed and the question was never raised. Then of course through social media (thanks Facebook and Instagram), I saw all of these posts of girls with personalized champagne glasses and handwritten notes asking the coveted question, “Will you be my bridesmaid?”

Now, let me be perfectly clear, this is not some cynical essay about my bitterness and despair of not being part of a wedding. I’m not that shallow; however, I am entirely jealous of the maid of honour who got to do my favourite thing in the world: planning. I love everything about planning for a party, except for the part where people actually show up…but that’s a whole other story. This story is simply about friendship and growing up.

For the first eighteen years of my life, my friend and I were always together. We had an open-door policy for both of our houses and were very much a part of each other’s families.

Things began to change when I graduated and moved away to go to university. I still came home lots and we always made the effort to spend time together, but that became more difficult when she went away to school in the States on a swimming scholarship. Even though we would rarely talk while she was away, whenever she was home, we could just pick up where we left off. That was the beauty of our friendship.

A few years ago her parents decided to sell their house and move out to the country. I felt like I was losing a part of my childhood. Their house was like a second home to me and I was afraid that without her family living next door, it would be even harder to stay as connected to my friend. Unfortunately, I was right.

The next few years were hard and I could feel us growing apart. I kept trying to make an effort, but I felt as though I was trying to hang on to something that was no longer there. She had made lots of friends over in the States and had created a whole new life for herself, whereas I was still at home and very close to all of my childhood ties.

Still, her wedding was absolutely beautiful and I was so proud to see my friend marry the man she loves. I went with my family and visited with her family and old neighbours, but I couldn’t help but feel out of place. I watched my friend all clad in her white gown as she floated from person to person and saw how happy she was with her new life. In that moment I realized the only thing we now have in common is our shared childhood.

So in a lot of ways it makes sense that I wasn’t a bridesmaid and I can understand her reasoning. Plus, it’s her wedding and she can do whatever the heck she wants. I think what was upsetting for me was to be forced to accept the fact that things change. My friend moved away and eventually her parents did too and just like that I had to accept that the days of sleepovers and fort building were over.

My not wanting things to change won’t keep them from changing, and it certainly won’t change the fact that my friend and I grew apart. You can’t force someone to be sentimental about something they aren’t or to care about something as much as you do. Everyone moves on at different times. My friend moved on a while ago, and it took me until last night to see clearly.

Growing up is hard, and realizing that the people in your life may not always be there is a tough lesson to learn. It forces you to appreciate the moments you have and not to force ones that aren’t meant to be.

I will always cherish the memories I have with my friend and although we aren’t really a part of each other’s lives anymore, I will continue to think of her whenever I eat Oreos with peanut butter…which is far too often.