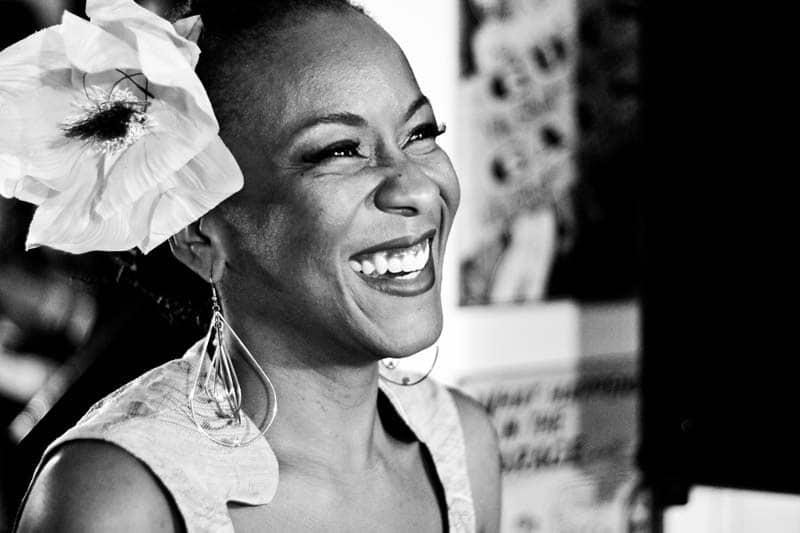 An Interview with Soul Singer Tanika Charles, playing the Canadian Songbook Series at the Rivoli

The Canadian Songbook Series is a monthly night at the Rivoli where emerging Canadian talent takes the stage. Headlining this month’s instalment is soul singer Tanika Charles. We talked to Charles about her love of Parkdale and Little Dragon, why she’s moving beyond her alter ego, and why performing live is always going to feel more honest to her than being in the studio.

SDTC: You talk a lot about Mz. Chawls, an “alter ego.” Why is embracing another artistic character empowering to you as a creator and performer?
Tanika Charles: At the beginning of my career it was easier to have a persona. Someone to become (or hide behind) to express myself without having to explain myself. Mz.Chawls had/has an attitude. Tanika Charles is…nice. As I transition into this new phase of music and life, I’m actually quite comfortable with Tanika. And If I have something to say, here it is. Just me.

SDTC: You have a song called “Parkdale.” Why is the neighbourhood important to you?
TC: Parkdale was the neighbourhood that I settled into upon my arrival to Toronto in 2007. A few of the songs from the What?What!What?! EP were inspired by experiences that happened while living there. Such a lively yet complex area of the city. I love it.

SDTC: Describe a performance that stands out to you: One of your own, and one where you were in the audience.
TC: There are so many! Performing for 2000+ people at The AGO Massive Party (Speakeasy Theme) in 2010. Being a part of The Women’s Blues Revue and performing at Massey Hall November 2012.

My favorite show as a fan? Hands down? When [Sweden’s] Little Dragon had their first show at Wrongbar. Yukimi (lead singer) and her band members have such a remarkable connection. My friends and I sang so loud that it was in the papers the following day… “impromptu backing singers!”

SDTC: When it comes to your music, what matters the most? How have you held onto that throughout your career?

TC: What matters the most is being genuine. I have a bit of difficulty singing in a studio as I feel it doesn’t come across as honest. When I’m on stage I can’t hide my emotions so the real, pure sound comes out. I’m telling you a story. When I’m recording in a booth..I’m singing into a microphone..It’s a struggle.