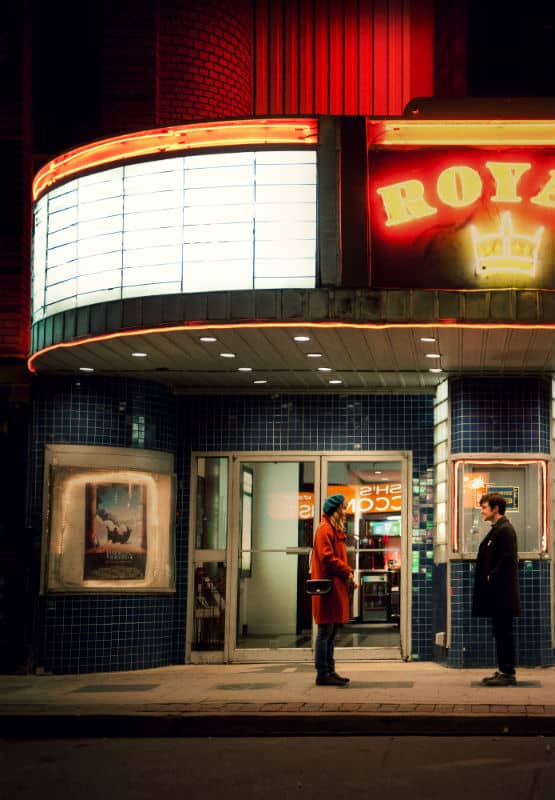 The straw of Zoe Kazan’s iced tea is already halfway in Megan Park’s mouth when she looks up at the older actress. “Have as much of that as you want,” Kazan laughs. The two play sisters Chantry and Dalia in The F Word, a romantic comedy set in Toronto which also stars a lovelorn Daniel Radcliffe, and their sibling chemistry has followed them off-set. “I fell in love with Megan,” Kazan says. Park agrees. “I imagine conversations with her in my head,” she says. “When there’s a problem in my life, I’m like, ‘What would Zoe say?'”

In the film, it’s Kazan’s Chantry who has reason to solicit imaginary advice. We first meet her character in a state of late-twenties settled satisfaction: Working a job as an animator that she loves so much she’s turning down promotions and living with her boyfriend of five years. “I think she’s in a place in her life that a lot of people find themselves in their mid- to late twenties, of trying to decide, ‘Is the rest of my life going to be like my life is now, or is it going to be different?’,” Kazan says. “There’s still choice to be had.” That choice presents itself in both the aforementioned job offer as well as the person of mopey, British Wallace, played by Radcliffe. A year out of a rough break up, he meets Chantry while creating dirty magnet poetry at a party thrown by his college roommate (Girls‘ Adam Driver), Chantry’s cousin. Awkward charm follows, and then an awkward mention of Ben (Prometheus‘ Rafe Spall), Chantry’s boyfriend, and a decision to become friends. Though their connection develops in a way that feels impossible to ignore, Chantry remains committed to her relationship. It’s a romantic comedy, but one that says as much about loss and change as it does about love. 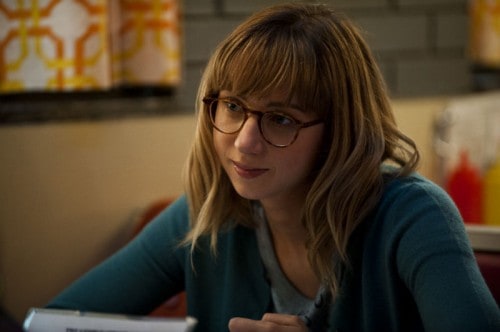 Chantry’s desire to hold on to the stability she’s created for herself is, in some ways, a reaction to the death of her mother when she was “young enough that you form scar tissue around it,” says Kazan. “There’s suddenly a lot of choice available to her in her life, and I think that that can be a really scary thing, especially when you are a person who craves stability…I think she’s really shut herself off to a lot of those possibilities, partially because of the death of her mother. Like she says, ‘I don’t give up on anything.'” Chantry’s dependability allows Dalia live a life less tethered. “I think that Dalia relies on her sister to fill a lot of the voids in her life,” says Park. The actress is a younger sister in real life, just as Kazan is the elder, and their age difference with their own siblings matches the difference between Chantry and Dahlia. The combination of lived experience and chemistry results in an onscreen relationship that captures the ever-shifting balance of reliance and responsibility between sisters. Chantry has always been a source of stability for Dahlia, but as Chantry’s own sense of self is shaken, Dalia must step up for her. 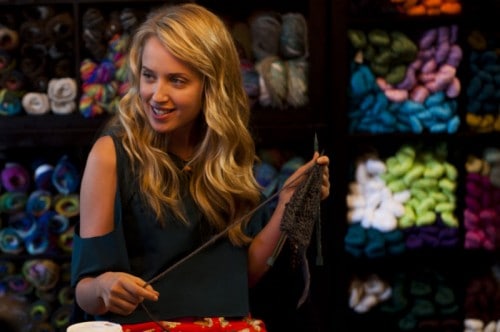 “Most of the time I think characters are interesting when they’re active rather than passive, but one of the interesting things about this movie is that Chantry is thrust into this position,” says Kazan. As happens so often in real life, radical change presents itself to Chantry when she’s least craving it. “I think she’s not totally formed as a person yet, she doesn’t know exactly what she wants for her future.” That uncertainty allows her to develop a relationship with Wallace that crosses all sorts of boundaries, and these breaches are even more difficult for Chantry to process because they directly threaten her idea of who she is. “It was really interesting to me to have a character who thinks of herself as moral,” says Kazan. “To put a person who really cares about morality in a situation where she is tempted to act immorally.” While aspects of Chantry’s character were distant from Kazan herself, certain elements of the screenplay initially hit too close to home. The original name of Ben’s character? Paul, like Zoe’s real-life partner, actor Paul Dano. “I had to ask them to change his name,” says Kazan. “It was too weird. It’s the only time I’ve ever asked for a change.”

Change, more than anything else, is the territory of The F Word. The film’s themes, as well as its urban backdrop, echo Sarah Polley’s Take This Waltz: Yearning and desire for a change you didn’t know you needed. The characters in the film grow throughout the narrative to accommodate options they hadn’t considered, and the idea of making the right choice is revealed in all its impossible complexity. “I feel like every single one of my friends has gone through something like this before,” says Park of Chantry’s dilemma. The film was based on a one-act play, and I ask Kazan, herself a playwright, if she thinks that influenced the screenplay. “I think the only thing that’s of the theatre about this movie is how much dialogue there is,” she says. “I really love that about the movie, that you get to hear how people interact and watch them change each other via their words.”