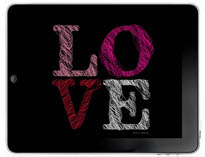 An iPad may get you across the border, but it won’t get you a second date

It all started with shedoesthecity.com. Yup, this very website that you so are graciously visiting at the present moment.

I got an email from a guy who read several of my columns outlining by bad luck in the dating world. Without me ever saying flat out “I’ve lost faith in all men,” (well, there… now I’ve said it) this particular reader could sense my frustration.

In an attempt to restore my faith in the gender, he sends me a simple email. Actually, quite a poetic message, if you ask me:

“There are a lot of good guys in the city. Normal guys, with normal jobs and non-yellow teeth. And they hand out normal business cards. As many bad experiences you’ve had (I hate to think how many), try and keep an open mind for us, because one day it’ll be us bumping into you on the subway.”

The “normal business cards” he mentions was referring to my stupid experience with Paul “the devil.”

Anyway, I responded to his email with a “thank you” and (after noticing his email address) pointed out that we both attended the same university.

This turned into a series of emails being sent back and forth. And soon enough, we arranged to meet up for a date.

I’m not going to lie, I was kind of excited. You know that fluttery feeling before a first date? Ya, that. And because of it, I changed my outfit 100 times, mixed and matched my jewelry for 20 minutes and yes, even after I left my place, I turned around because I decided against bringing an umbrella (I still don’t know how I justified going back home just to drop it off).

Finally I made it to the bar where we chose to meet. He greets me clutching an iPad under his arm. Interesting.

I know this can be a nervous tendency, but I felt like he was really trying to sell himself. Especially when he was talking up his skydiving experience. Even though I, too, have gone skydiving, he felt the need to tell me every detail of his jump and didn’t bother to ask anything about mine. And then suddenly he went in for the hard sell.

Before I could answer, he whipped it out, pulled up the video and pushed it toward me. It must’ve been saved on his home screen. Was this planned? Did he rehearse this?

I stare down at the video in disbelief. Before I could say anything, he jumps up.

“I’m going to leave you with this. Be right back!”

I guess he was going to the bathroom. I let the video play as I frantically sent S.O.S messages to my friends.

Upon his return, I had one thing that I needed to know before I got out of there. “How did you find my articles? Do you read She Does the City often?”

“I’ve been single for a while and, well, I’ve seen several cute girls on the subway but I was never sure how to approach them…”

I tilted my head in curiosity of where this was going.

“… so I Googled ‘how to pick up girls on the TTC’ and your article came up!”

Although he wasn’t nearly as sketchy as Paul the devil, the date was still an epic fail.