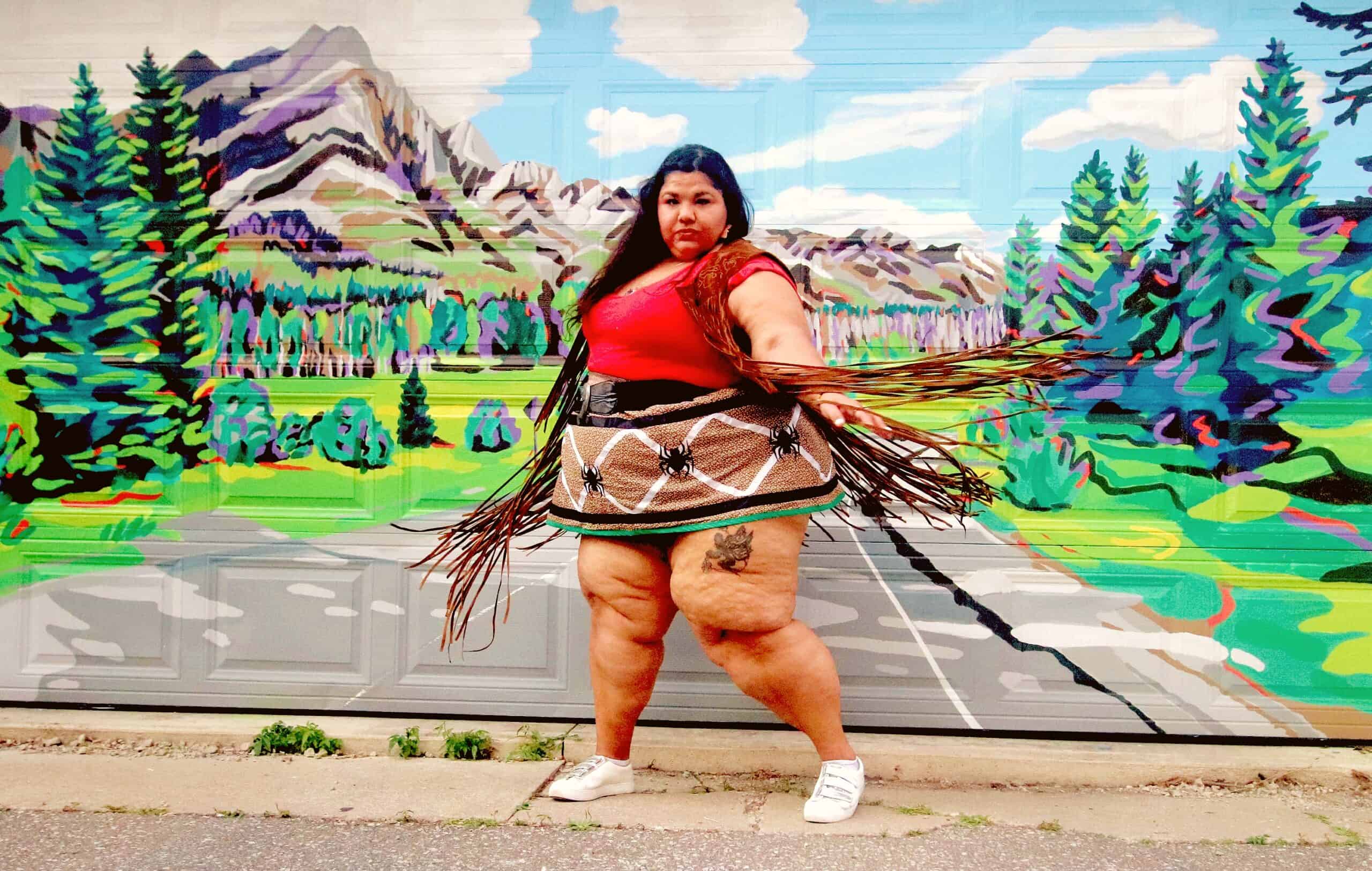 "I will know what my time, energy, and labour is worth in order to make a living wage and I will not accept anything less."
Life Stories  Recovery

Last summer, my mental health had all but degraded. But I had to somehow pull myself together, because I was starting a new teaching job.

It was a stressful summer for everyone, but especially BIPOC folks as we continued to watch our Black, Indigenous and Afro-Indigenous kin be murdered by police, forced to watch the brutality unfold all around us, on every platform.

We watched as the people we thought cared for us and our lives remained silent. We lost friends and family members, we watched elders and matriarchs removed from their own land. We watched the surge of anti-Asian racism.

WE were put on display. We were suddenly pushed to the forefront in the midst of our collective mourning. We had to sit on panels (we’re still sitting on panels) and calmly and rationally parse through our emotions and repeat the same things we have been saying for literal years.

We had to hold ongoing trauma in one hand and all of the answers in the other, and still find ways to mourn. In the days and weeks after major news events, we also repeatedly watch our allies lose interest, or get tired.

By the time September hit, I was beyond burnt out. Then there was a flooding in my bedroom, which led to an emergency move, (miigwetch to my best friend, Liz and the crowd funding that saved me), a terrible bout of food poisoning and then the sudden death of my Auntie. The latter two happened in the same 24 hours.

Mental health is a tricky beast to tame when trauma feels like it’s compounding.

So, I left the city. I booked an Airbnb on Zhooniyaang-zaag a`igan – which, in Anishinaabemowin means ‘of the silver lake’ – otherwise known as Lake Simcoe, for a week. It was to write a play but also, to give myself space on a piece of land to figure out what I needed to take care of myself. It’s funny…most, if not all of my work is centered around care. Holding space to care for others, care for the land, care for self.

It seemed to me that I was not doing a great job at following my own advice. And there’s nothing that bothers me more about myself than when I feel like I’m being hypocritical.

I looked at my schedule and sort of reflected on how I had been working, which looked like this (and let me know if this sounds familiar): answering/sending emails at literally any time of the day or night, taking meetings or work early in the morning even though I know I have trouble getting up due to anxiety and chronic pain keeping me awake, doing work late at night which extended my screen time, saying yes to every offer due to fear of job/money scarcity (which led to being overbooked), jumping into agreements without doing proper research, allowing my imposter syndrome to dictate how I viewed my own success, and only making career goals, not personal ones.

Ok so that wasn’t working. No matter how much therapy I went to, unless I changed something, I was going to continue to experience these deep bouts of depression and massive anxiety because I wasn’t giving myself space. I wasn’t giving my mental health space, my physical health space. Particularly during a global pandemic, which has most of us away from our loved ones and friends, acquaintances—our safe spaces and community.

You know, I always wanted to be one of those people who woke up early in the morning and went for walks and drank tea and did yoga and ate healthy granola and fruit type breakfasts and began their work day feeling like their best damn selves.

Like, good for you, sis. You got it figured out. And I’m not being sardonic. Good for you!

I had to start tailoring my life to my reality.

So, I asked myself: What does my mental health actually require of me so I’m still able to do my work and care for my mind, body, heart and spirits?

I tried starting with a morning routine. Waking up when I felt like I could get out of bed, taking time to stretch if I need or could. I gave myself time for coffee and food, for skincare and social media. I started meditating, which is hard for someone like me who has about 500 voices going at once inside my brain, but the important part about it is that it’s just me and my breath and the soft voice of a meditation guide; it’s a moment of quiet in the world.

And in order to do any of this, it meant setting strong work boundaries.

I decided to write a declaration to myself. A way to hold myself accountable for self-care:

It’s an agreement with myself. A living document that can change if it needs to because if I’m actually deeply listening to my mind, body, heart and spirits they will tell me if something isn’t working. Many Indigenous Nations talk about how those four are connected. That if one is off, so then are the others. All four must be cared for and I think that’s what’s missing for so many of us. My therapist talks about spiritual work being the hardest of all the work. I think partly because it means accepting that you have the real power to do it and connect to yourself in such a way.

Once I slowly started implementing these changes, I noticed a massive shift. I’m definitely not melting down as much. I’m able to regulate my emotions more. I have time to just be with myself and not feel as stressed about projects or what I have to do in the day. They also upped my meds, so I’m sure that helped too. It’s not a perfect system, but by curating my days for myself, I have more control over who has access to my time and energy. It doesn’t mean I don’t still suffer; I just suffer differently? Less? I once heard Thich Nhat Hanh speak and he said “once you learn how to suffer, you suffer much less”. It was the only thing I wrote down.

I have noticed that even within this, finding time for creativity is difficult. My energy levels have shifted during this global trauma – again, as many of ours have – so it means I have to re-examine the work that I’m taking on and say no to many things so I can say yes to space for creation.

So, we see it doesn’t work, yet so many of us have to keep working within it in order to survive. Some of us can certainly shift our work to be community centered, but that’s not the answer for everyone. Especially folks who don’t have the capacity for that work. Community workers, mutual aid workers, injection site workers – the folks on the ground taking care of people do some of the hardest work we can imagine. It’s not for everyone and that’s ok. We’re all just trying to survive the best ways we know how. And until a major shift happens like … oh, I don’t know … Land Back – maybe we can begin to really turn the tide of capitalism – at least on this part of Turtle Island.

I say this because I feel it’s important to acknowledge that I am a freelance artist who has the privilege of working safely from home and I am able to adjust my life and schedule to fit my needs. I may not have realized that until recently, but it is nonetheless true. There are folks out there, working shift hours that are not tailored to their realities either (I did that work for 10 years) and they don’t always have the option of mornings to themselves or saying no.

But I think it’s important to examine what self-care really means within whatever our realities are. Where can we make that space? What can we say no to? How can we listen to these deep aspects of ourselves and honour them for our full selves?

If I want to change or radicalize the world or even my community or anything, really … it has to start with me. The more space I give myself to work on myself (because it is still work), the more I’m able to give to others and begin to plant those seeds of radical care.

Yolanda Bonnell (She/They) is a Queer 2 Spirit Anishinaabe-Ojibwe & South Asian, european mixed performer, playwright and multidisciplinary creator/educator. Originally from Fort William First Nation in Thunder Bay, Ontario (Superior Robinson Treaty territory)Graham Isador, her arts practice is now based in Tkarón:to. In February 2020, Yolanda’s four-time Dora nominated solo show bug was remounted at Theatre Passe Muraille. She was also a part of Factory Theatre’s The Foundry, a creation program for new career writers, where her play, Scanner continues to be developed towards production. In 2018, Yolanda was accepted to be part of the Banff Playwright’s Lab with her piece, White Girls in Moccasins, which is now in residency at Buddies in Bad Times Theatre. She was also named one of NOW Magazine’s 15 stage artists to watch with Natasha Greenblatt, who she co-wrote The Election, which premiered at Theatre Passe in October 2019. Recently, she was also the Indigenous artist recipient of the Jayu Arts for Human Rights Award for her work. Yolanda proudly bases her practice in land-based creation, drawing on energy and inspiration from the earth and her ancestors.

"I will know what my time, energy, and labour is worth in order to make a living wage and I will not accept anything less."