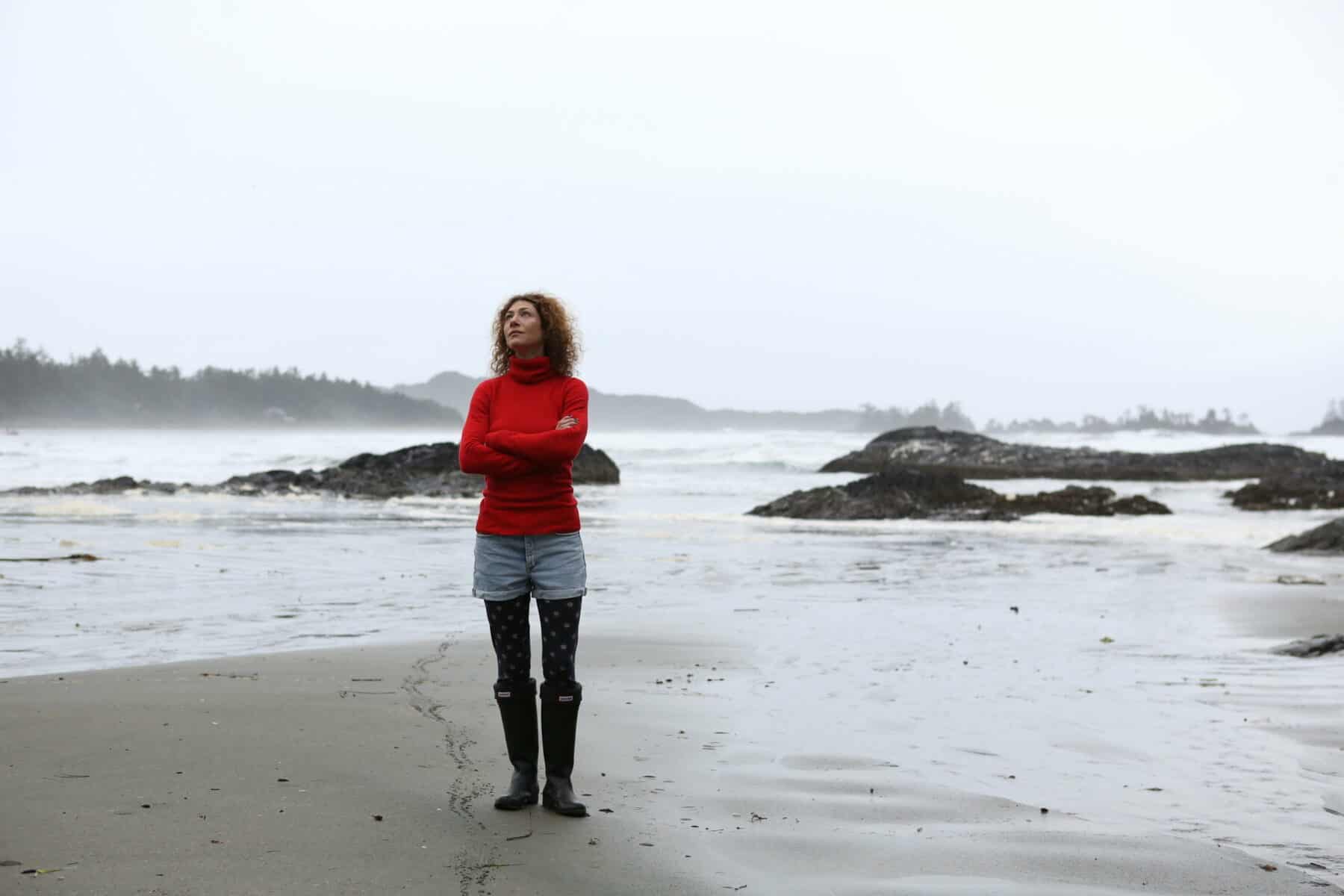 Photo of Carla Weinstein, Founder of The Drop In Project

"There were other signs too – like sometimes that first ceremonious sip didn’t taste as good as it sometimes does – didn’t quite have the religious zing I was always anticipating."
Recovery

It was a real outlier for me – my boozing – since just about every other aspect of my life I attempt to approach with a certain level of consciousness and equanimity. Booze was the place I really just let go. Perhaps it evaded my attention because it was just so normal, an ingrained part of evening dinner-making, meeting up with friends, settling in for a show. The benefits in many ways could even have been described in mindful terms: it set apart a certain portion of the day from the rest; it carried ritual and a ceremoniousness (in its preparation, the first sip and a “cheers” if someone else was around for the cultural nod to the moment); and I could easily argue that the settling in (imbibing) was akin to taking a seat of stillness – a parachute-soft landing into an almost motionlessness – very unlike the rest of my day. How is that not mindful!?!

Well – here’s how…. I could hear myself on occasion, in the far-off distance, ask whether I needed to have a drink in the first place, but this voice was really travelling from afar. Picture an expanse of desert wilderness, with large dunes and a steady wind: It’s hard to hear. As with anything though, when we do it over, and over and over, we grow weary, and my body was trying to say so. There were other signs too – like sometimes that first, ceremonious sip didn’t taste as good as it sometimes does – didn’t quite have the religious zing I was always anticipating. Oh I’d often get there, but the initial disappointment of it “not hitting the spot” was also something I might have clued into sooner.

Then, there was the amount. We all know that “I drink a normal amount” is completely subjective, and I’m wary of us getting into the comparative games we play and the bars we collectively set, so let’s just say – it started for me around 5pm (yes, happy hour) and with the pandemic as the ultimate backdrop, sometimes carried on until bedtime. Filling in the blanks here would get you nowhere, because really the intake in the evenings varied – dependent on an array of circumstances. Also, and ultimately for me, it was about that minute when my hand would reach for gold as the hour hand sat just so in the bottom right quadrant: the obtuse angle that signalled “reward.” Of course – and certainly not to be taken lightly, but addressed here lightly – was the arrival of what I like to call the “no holds barred” me… the person I was able to assume after a drink or two. You can imagine, this is a love/hate relationship. I love how loose and easygoing she is. She will sing out loud and shake her booty and laugh – OMG is she quick to laugh! But she’s a bit snarky, her patience mercurial and she will occasionally just extend that line to lay out her dirty laundry.

As a concept, I don’t believe in abstinence. I’m mindful, remember – I like balance, and thoughtfulness and conscious choices, bolstered with accountability and showing up, obligation and willfulness. I like fumbling and regaining our footing, and the ball: I believe this is how we learn. I don’t want black and white; I want to navigate the gray. So here I stand, entering the world of mindful boozing, where in fact the world of alcohol is quite clearly black and white.

Booze is part of the fabric of our socializing. It’s the lubricant that allows us to be together when we want to be around others, and when we don’t. It kind of makes all of it ok – or “better.” Choosing to remove oneself from this culturally accepted norm is seemingly more black-and-white than I’d like, and so I’m going gray. Hard gray.

One might think that amidst a pandemic is a difficult, if idiotic, time to withdraw from alcohol – and if you had spoken to me a year ago, I most certainly would have slapped you a high five on that one. Yet remarkably, half-way through, I suppose I felt otherwise. (Admittedly, pandemic-justified overindulgence may have had a part to play.) In fact, I was bolstered by the isolation: I wasn’t going out as much; social engagements (even on zoom) were few and far between, so while I’ve never been one to shy away from drinking on my own, I did only have myself (and occasionally my husband) to contend with in terms of exposure.

Here’s the thing: I grew tired of booze being a knee-jerk response for me. It’s so not mindful. And when I considered why I was drinking, I realized I was doing the opposite of all the things I evangelize about on my very non-religious soapbox: Coming into a moment with all my senses, exposing myself to what arises, facing and bearing all that shows up, and then creating a container to hold it all – using the space as a place from which to emerge with thoughtful words and wise action. I thought I could do this with booze – I thought I was doing just that… but it’s a bit of a ruse. Alcohol numbs our senses: it allows us to skip over or avoid the painful stuff, even if we intend to address it at some later stage. The anesthetizing buys us time, but really – we don’t get around to it. When 5pm strikes the next day, we want to ignore it again.

I’m early in my journey, but for what it’s worth, I’m appreciating it. You who know me know that I like science and experiments, and this is most certainly a big one. Do I feel better having, for the most part, cut out the booze? No! I mean, intellectually yes: I realize I don’t like the feeling of running from something, but truth be told, when the things you’re running from catch up with you, they don’t feel great either. So I’m slowing down my pace, letting those things catch up and walk beside me. The more I get to know them, the less frightening they seem. Although, on occasion, I am very clearly reminded of the reason I took off in the first place!

Carla Weinstein is a lawyer by training, who has taken her enthusiasm for inquiry, analytics, research and creativity and applied it to the world of wellness. Her passion is mindfulness, where applied science meets contemplative practices. She’s the founder of The Drop In Project, an org that offers mindfulness training to corporations, individuals, new moms, parents and retirees. Follow Carla on Instagram.

"There were other signs too – like sometimes that first ceremonious sip didn’t taste as good as it sometimes does – didn’t quite have the religious zing I was always anticipating."