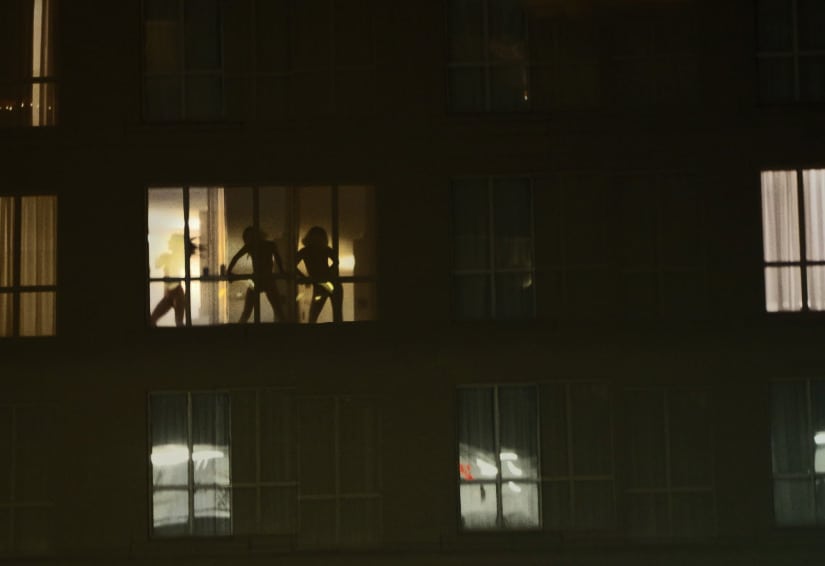 When I opened my 2020 Christmas gift, I could tell it was not what I asked for before I even opened it. The box was too heavy and bulky—in other words not something suggesting a fragile necklace, bracelet or earrings I was hoping for. But what I got was gold and black—the way I like my jewellery—and it was better than earrings; it was the most perfect accessory for my ears.

“You make your DJ mixes, you love music and your headphones are shit. I thought this was much better than jewellery,” my handsome boyfriend yawned.

I fluttered my eyelashes at him, and jammed the headphones over my ears to deafen the sounds of my internal agony of disappointment (I’m kidding, I’m actually not a sociopath).

Listen, everything is technically better than jewellery—jewellery is not a functional object. It doesn’t do anything; it just hangs there. But so what? As crass as I think it is to ask for specific gifts, this year I did do it—I used advice I’ve heard over the years which was to tell men exactly what is that you want, so for weeks leading up to Christmas I talked about necklaces, black jet, rose gold; I pointed out what kind of earrings I liked, and Kardashian-pouted about various baubles. I even told my boyfriend which store exactly was likely to have something that I would like, which is Made You Look, a local shop that sells one-one-of- a-kind, custom-made pieces, many with that industrial edge to them that I love so much.

Thankfully, gift-giving is not at all like orgasm-giving, at least when it comes to this boyfriend. His selective hearing doesn’t extend to the bedroom, where he is indeed the most attentive, devoted and generous lover I’ve ever had. That’s because I’ve been open with him about what I like from the beginning—I’ve made myself a promise in my early 40s that I was never going to have sex that doesn’t give me an absolute and spiritual gratification. I no longer fake it to save fragile egos; I no longer treat it as something to get over with or to be coerced into to please an insecure guy (example: a foursome with strangers at the cesspool that’s Oasis). These days, I’m all about pleasure and making love. I’m into eye contact and connection, and being held, and sometimes having my head shoved into the pillow and being taken like an animal when we’re both feeling a little dangerous—sex is not something I do because it has to be done and we need to get ourselves off; it’s an adventure and one that I want to participate in, all the time.

I believe that making love is something that happens outside of the bedroom and when it comes to the actual act, it should be beautiful and satisfying and those emotions are exactly what allow communication to flow effortlessly and naturally.

I know this is not the case for many women—just as it wasn’t the case for me before. I had sex while being in love and it was great but “Is that all there is?” should not be a song that comes on in your head right after you orgasm.

I told you the headphones anecdote to illustrate how easily it is to miscommunicate even when you have the best intentions—but let’s give it a try and talk about a few ideas that although no fool-proof can get even the most clueless lovers to figure it out.

A small group of willing respondents to my informal questionnaire, unanimously said, “be direct” although the delivery matters too so whispers were preferable to orders. But even that can complicate things. An ex lover said, “women tend to be less assertive, and people want input—like, I like when she says, ‘I like it when you pull my hair,’ is great but when she says to stop, that can actually be tough especially after ‘harder, harder’.” Another ex said, “I ‘d want a woman to just tell me, either while we’re fucking or during the day while we’re just chatting.” Another friend who spent a few years with a gorgeous woman who worked in the sex industry said, “Everyone has to be present even if they are totally leaving it to the other person. You are creating, to quote L., a liminal space where wants and desires mesh. You can’t break that space. For a woman it [staging] is even more important if she’s going to cum.”

Here’s the thing—direct communication whether about staging or where to stick your fingers is a tall order especially if you’re just in the beginnings of your relationship. Placing your orders in the carnal bistro while actually hooking up for the first time can be quite unnerving—after all everybody is suddenly naked and vulnerable, and all those imaginary or real flaws come out and then what?

If you’re anything like me before my own personal sex revolution, self-consciousness is quite energy consuming and asking the new lover to touch harder, faster, slower softer… can be the last thing on your mind.  (I just don’t want him to notice the C-section scar!)

But don’t despair—time is on your side, especially if a repeat is on the horizon. And, of course it is, because you’re hot shit and your lover wants to blow your mind.

The most straightforward way—other than actually giving directions—is communicating with your body—manoeuvring it in the way that your lover’s tongue, fingers, penis or a dildo gets the hint. Unless your lover is so hopeless that even Cirque de Soleil contortions will lead to nowhere, try grabbing your hand (or his penis or the toy) and using it as if it were your own hand. Rub and stroke against those places that make you melt and swell and if you lose yourself in the act, a simple, “that’s perfect, baby,” “right here, don’t stop…” etc. should be enough to create a nice little “compulsion loop” (Or a “core loop,” which in psychological terms means “a habitual chain of activities that will be repeated by the user to cause them to continue the activity. (…) This is designed to create a neurochemical reward in the user such as the release of dopamine” and we’re all about dopamine here, the happiness hormone).

As I’ve said earlier, love-making shouldn’t be confined to the bedroom. All throughout my relationships, I’ve been a letter or email writer—on page I didn’t have to cringe when wanting to say something kinky—I wrote about it, wrote what turned me on and nine out of 10 times my lover would try to implement whatever it was I outlined. When I was really young and too shy to even write about my likes and dislikes, I bought a lover a book of erotic drawings and stories (it was all high-brow because you, know, James Joyce), and we’d read it together and that was one of the ways we broke our mutual barrier of shyness.

In my experience, most guys really want to please their lovers and they are grateful when given a nudge in the form of an email or a book of erotica (Babe, pg. 67, second paragraph…*wink*).

And speaking of books, sending your lover articles that talk about sex is another way of leaving a hint or two—we are no longer confined to paper and dubious male-centric advice of Playboys or Hustlers.  A friend whose partner had a hard time finding her clitoris (I know) sent him a link to The Vulva Gallery under the pretence of talking about the illustrations. The boyfriend came back with questions that had nothing to do with the illustrations.

Another friend who’s very comfortable with her body, used to say to her boyfriends, “Would you like a tour?”

“A tour of my vulva,” she would say and show them all the treasures. If you’re particularly creative you can draw a map for your guy and do your own scavenger hunt. It’s a hilarious way of non-direct ask and it guarantees nobody will be getting lost again.

Finally, the one sure way is to do your own show. Do it with your fingers, or introduce a toy you love. The Womanizer is our favourite, and something you can use to tease, or enjoy together.

I started this essay with a Christmas story and I should maybe end it on a festive note.

With my current lover, every encounter is its own beautiful celebration and although I’m verging on getting all hippie New-Agey here, I can tell you that what we do in bed works so beautifully because we’ve never taken each other for granted; when we cum together, we come together. I used to be amused when men marvelled over how beautiful an orgasm was, as if I played an instrument or as if I were an instrument that they played. But it truly becomes spectacular when making love is no longer about reaching the goal of orgasm but instead, is about listening to each other’s bodies and spirit—then, I believe you can truly feel joy that lasts long after the breathing slows down, and you curl up into each other under the blankets, the night suddenly making your sweaty bodies cold, so you absolutely need the other person to warm up, and you fall asleep like that. (Or not fall asleep, in case you have a pair of sick headphones with calming, ambient music pouring into your lucky unadorned ears.)