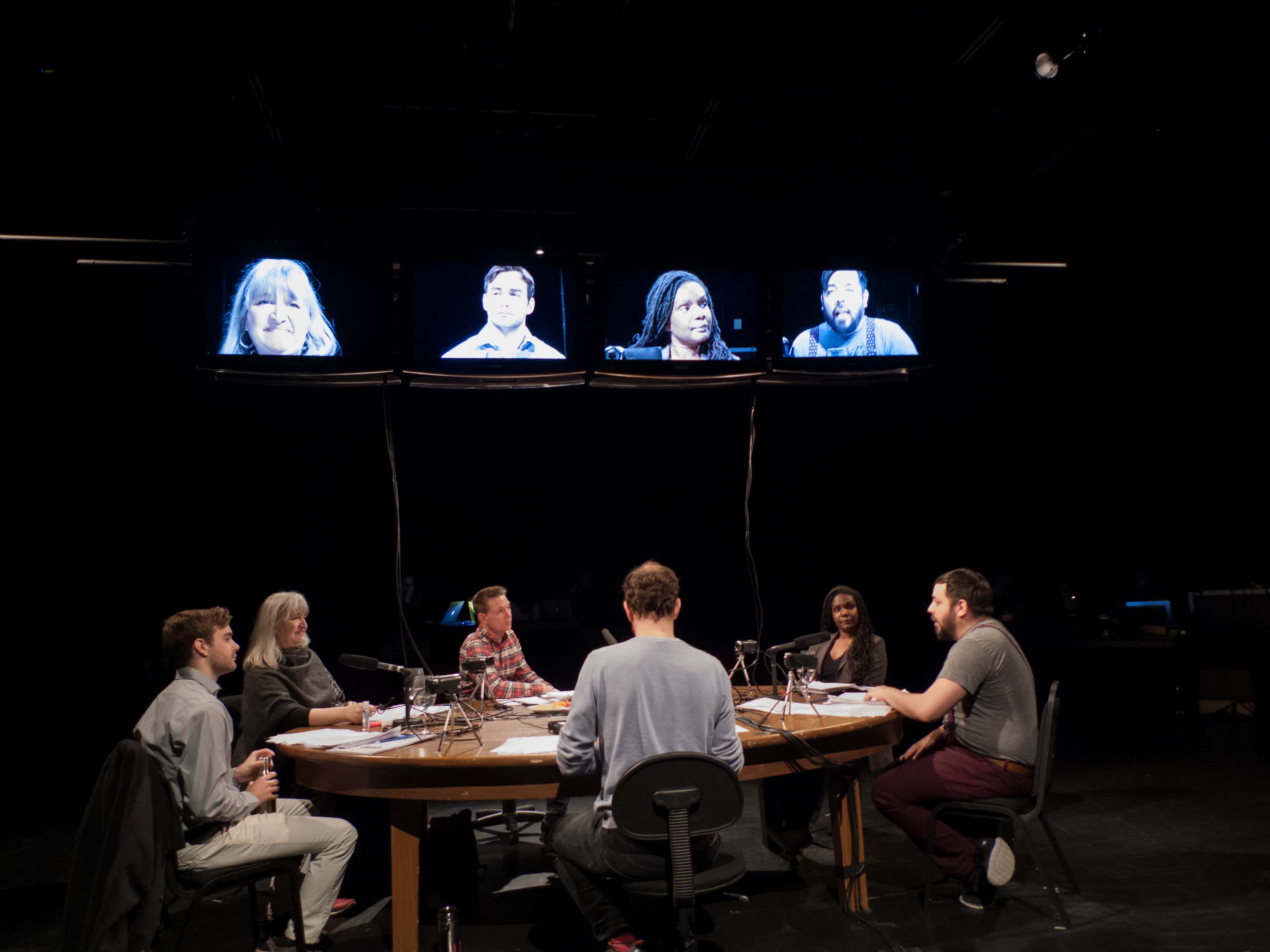 Annabel Soutar‘s intelligent production The Assembly is both a powerful play and an experiential debate. It runs until November 3 at Crow’s Theatre, and we can’t think of a more timely theatre event to attend right now.

Having recently joined the Crow’s Theatre Facebook page, I began noticing promotion for The Assembly a couple weeks ago. It piqued my interest for several reasons, but mostly because while my partner and I both identify as progressive leftists, we do frequently challenge one another’s political ideas and often have near-heated arguments, even though our values are very much aligned. I thought this would be an interesting and refreshing way for us to think about politics and society from a different vantage point: a seat in the audience. I was right.

Although watching a polarized debate on immigration or free speech might sound like the horrible Twitter thread you found yourself in last week, The Assembly provides the much-needed distance for critical thought to take place. I found it to be incredibly moving, entertaining, and also the catalyst for much discussion, which sparked as soon as we exited the theatre (and remains with us nearly a week later).

While you will likely have strong emotions ranging from hope to despair, The Assembly won’t pull you down personally, because it is, after all, designed as a piece of theatre. In this sense, I found it a productive and positive format in which to observe and consider our current political challenges.

I caught up with The Assembly‘s playwright, Annabel Soutar, this week.

JM: Was there a specific incident—a particularly heated discussion—that drove you to write The Assembly? Or was it a slow build?

AS: The project actually dates back to April 2016 and the primary season of the U.S. presidential election. I became very interested in how the media was treating Trump supporters and the Trump campaign, and I started to sense that all we were doing (on the left), really, was mocking them. I wanted to understand the people who were supporting him, so my creative partners, Brett and Alex, started to do interviews in the States and discovered how truly polarized people are in the U.S.

Eventually, the focus of our research became polarization instead of Trump and his supporters. Because news stories evolve so rapidly today, it would be challenging to do our conventional approach of following a story in real time, so instead we decided to set up a kind of documentary laboratory, where we invited the left and the right to assemble together to address topics that divide them, and we recorded those encounters.

Our first encounter, which forms the basis of The Assembly: Episode 1, happened in Montreal in December 2017. Each actor in the piece plays a real person that attended that encounter. 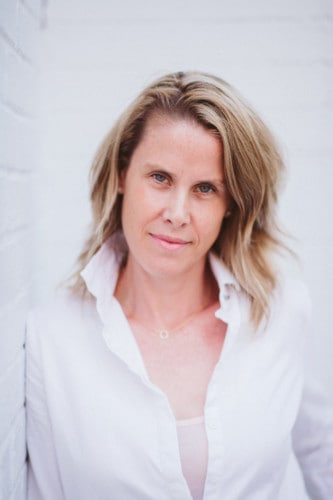 Did you have an ultimate goal in mind when writing this? Perhaps a hope that it would get people talking?

I think today we’re all challenged in our families and communities when we sit down with people who have different political opinions. We feel that we can’t talk about politics constructively anymore. We get immediately emotional, defensive and tribal. Even in my own life, in my family, I feel I can’t talk about politics at the dinner table anymore. With The Assembly, we’re hoping to understand that polarization and maybe take a step back and observe it, so that we can understand it better and cope in our daily lives.

You spent a year interviewing Trump supporters. What was the biggest takeaway from that experience?

What is truly striking in the U.S. right now is how disillusioned American voters are with the political system. People were willing to take huge risks to make a big change, and that is how Trump was elected. It is not as acute here, but in Canada we do tend to follow trends in the U.S. just a few years later.

How are you feeling right now about polarized politics in Canada?

I am deeply concerned about the polarization of our political environment. I would also say that I am optimistic, because I feel Canadians are more aware of polarization and the factors that create it—like social media—and are looking for ways to address it. But it is a long-term challenge; I don’t see it being corrected in the short term, and I would add that I think recent provincial elections in Ontario and Quebec confirm the trend of polarization.

Can you describe the four characters in the play and how you decided upon them?

Our blueprint for the evening is that two participants are right-leaning and two are left-leaning. We also sought to have diversity in age, cultural background, professional background, and gender. In The Assembly: Episode 1, we have Shayne, a forty-something Jewish queer anarchist. Valerie is a seventy-two-year-old far-right activist who founded ACT for Canada in Quebec. Hope is a forty-something Jamaican-Canadian accountant who would describe herself as moderately liberal. James (not his real name, as he requested anonymity) is a twenty-something moderate conservative Jewish university student in Montreal, originally from Winnipeg.

In all your research for this, and the work you’ve put into it, have you learned something that surprised you?

I am constantly surprised about how capable most people are of respectfully addressing our differences when they are face to face. We have this feeling, because of social media, that people are very extreme, but in person they always seem more moderate.

I have also found that political polarization is quite funny in some respects, and the more we address it, [the more] we can find humour and solace together.

Don’t miss this provocative piece of theatre. The Assembly runs at Crow’s Theatre from now until November 3. Get tickets here.