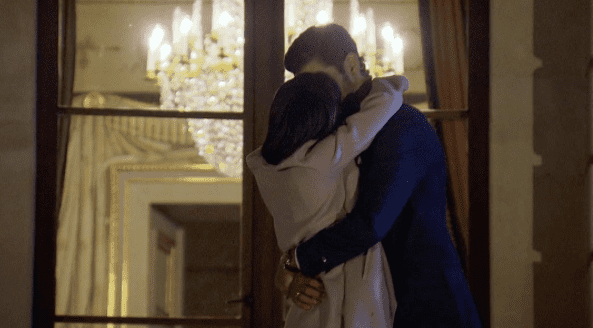 OMG, you guys! We are one week away from hometowns, and everyone seems to be developing feels.

This week’s episode of The Bachelorette saw Rachel and her traveling pack of man meat touch down in Geneva, Switzerland. Maybe this is my ignorance, but I’ve never thought of Geneva as a sexy city. I’ve always associated it with secret bank accounts and The Geneva Convention. This episode, however, proved me wrong. Apparently, Geneva is the ideal place for public make out sessions.

The episode started with Bryan’s one-on-one date, which was definitely the best one-on-one date in the history of The Bachelorette. Why, you ask? Because Rachel and Bryan went shopping for Breitling watches. That’s some pretty respectable swag, people! That’s the sort of gift celebrities receive in gift bags at The Oscars!

Bryan’s reaction to receiving a luxury watch free of charge was hilarious. He was so effusively grateful to Rachel, as though she herself had paid for the timepiece, and not the producers. Come on, dude! You’ve been on the show for several weeks now. You know how this stuff works! Rachel is a smart woman; she is not going to waste that kind of coin buying a lavish present for a guy who hasn’t even met her parents!

While Bryan may be naïve, he is a fantastic kisser. He and Rachel snogged everywhere they went. I wonder if her mouth hurt by the end of the evening? I’m not sure I have the requisite jaw strength to survive that much kissing. This is reason #573 why I could never be the Bachelorette.

Next came Dean’s turn to go out with our leading lady. I am still hoping Rachel will choose Dean, the youngest of the bunch. I want Rachel to do this for feminism. I am sick of the sexist double standard that makes society think it unseemly when a woman ends up with a younger man. I am hoping Rachel can help challenge that taboo by marrying the adorable Dean. The only problem is that Dean is not exactly bringing his A-game at the moment.

To be fair to Dean, he did receive the worst date activity of the entire season. While Bryan got to go shopping for an expensive accessory earlier in the episode, Dean and Rachel had to attend a church service in French. I don’t think either one of them even speak French! It was not exactly a golden opportunity for Dean to shine.

By the end of their day together, Rachel called Dean out on his lack of vulnerability. She wondered why he wasn’t trying to build intimacy with her. For his part, Dean explained that he is nervous about taking Rachel home to meet his family. Judging by the preview for next week’s episode, I think that could be a rational concern.

The final one-on-one date went to the impossibly pretty Peter. Peter is probably one of the ten best looking men on the planet. He looks like what would happen if Ben Affleck and Jon Hamm had a baby. He and Rachel literally make the most attractive couple I have ever seen. I could watch that clip of Rachel straddling Peter in the Alps all day.

Now, while I love Peter and Rachel together, their date activity was a bit on the nose. Rachel informed Peter it was time to “take their relationship to new heights,” and then, in the world’s most obvious metaphor, took him on a helicopter ride through the mountains. The dog sledding portion of the day looked fun though! I’m always here for cute puppies!

Finally, we had the group date, where the remaining men received the opportunity to woo Rachel. They went on a fancy boat ride complete with sparking wine. At one point, Rachel got to cuddle simultaneously with all three of her hunky dates. She was truly living her best life. We should all be so lucky to have a transcendental experience like that at some point.

Ultimately, the four lucky men Rachel selected for hometowns were Eric, Bryan, Dean and Peter. In case you are new to the series, “hometown dates” are exactly what they sound like; Rachel meets each remaining contestant’s family in their respective hometowns. This is always the most cringe-worthy installment of the season, but it’s also cathartic. It teaches us viewers that every family out there is just as awkward and dorky as ours are.

Well, that’s it for this week! I cannot believe we are down to the final four competitors! Cross your fingers that Rachel finds love before the end of the season!