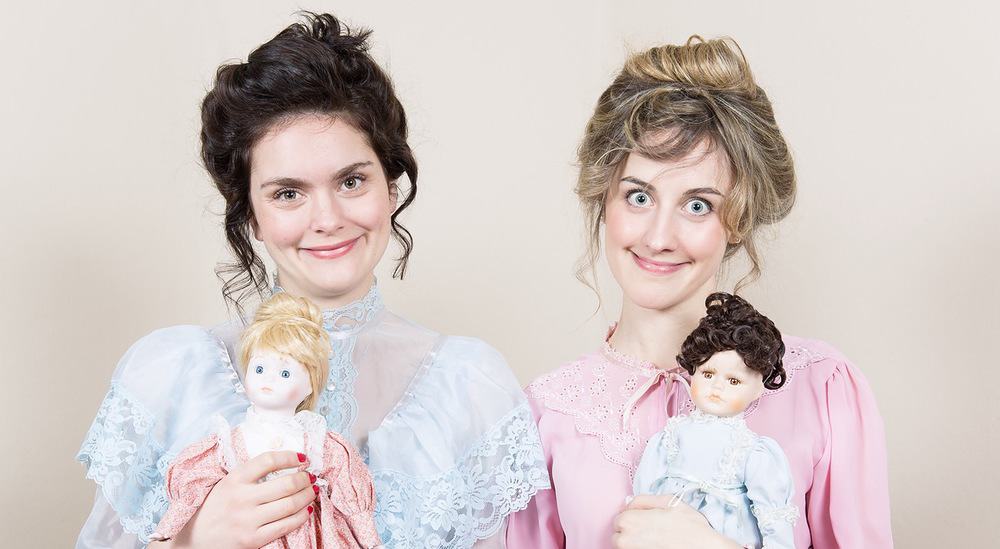 Unbridled With The Templeton Philharmonic

KW: So, one of you is a Templeton but the other is not a Philharmonic?

BT: Originally, we’d been thinking about naming ourselves Templeton Phillips, but thought it sounded too much like a law firm so we scrapped it. We also liked the idea of branding ourselves as artsy snobs and decided to call ourselves The Templeton Philharmonic since it has a hoighty-toightyness to it.

Unfortunately, it ended up that only half of Gwynne’s last name was in the title which is awkward. Maybe we’ll change it up and go by Gwynne’s Bees or something in the future. Or the Bee Gee’s! That’s a good name, surprised no one’s taken it yet.

GP: Although I am not a philharmonic per se, I feel as though TOGETHER we are the philharmonic. However, we have had some members of the TSO come to our shows thinking we were an orchestra and been pleasantly surprised/slightly confused. That was the best.

KW: Your upcoming show is  titled “Unbridled and Unstable”. I gather it is about horses you have let on the loose?

BT: I wish our show had real horses. Like “Camelot” or something. But we have a clever budget-friendly alternative to real ponies that you’ll see at the show.

KW: You have a web series called “Womanish” on CBC’s Punchline. So not only are you not a Philharmonic, you are not women as well?

GP: We’re not QUITE a philharmonic. Just as we are not QUITE grown-up women. Or at least we don’t feel like it. Anyway, let’s go play dress up and ride around on hobby horses for an hour!

BT: What she’s saying is: you should definitely watch our episodes on the world wide web. They are conveniently located on the Internet.

GP: Pearls. Although leather makes me feel way more badass than I actually am. So LEATHER.

GP: Both are considered to be equally annoying to some, yet both have the ability to bring me to tears on most occasions. So I don’t know what that says about me. Anyway, COMEDY!

KW: How do I get tickets to this wild pony show? Should I bring my riding crop?

GP: You can get tickets to the pony show at Fringe Toronto. We run from Jan. 7th-18th but not every day. And yes, anyone arriving to the show without a riding crop in hand will be swiftly taken away by a team of tiny jockeys.