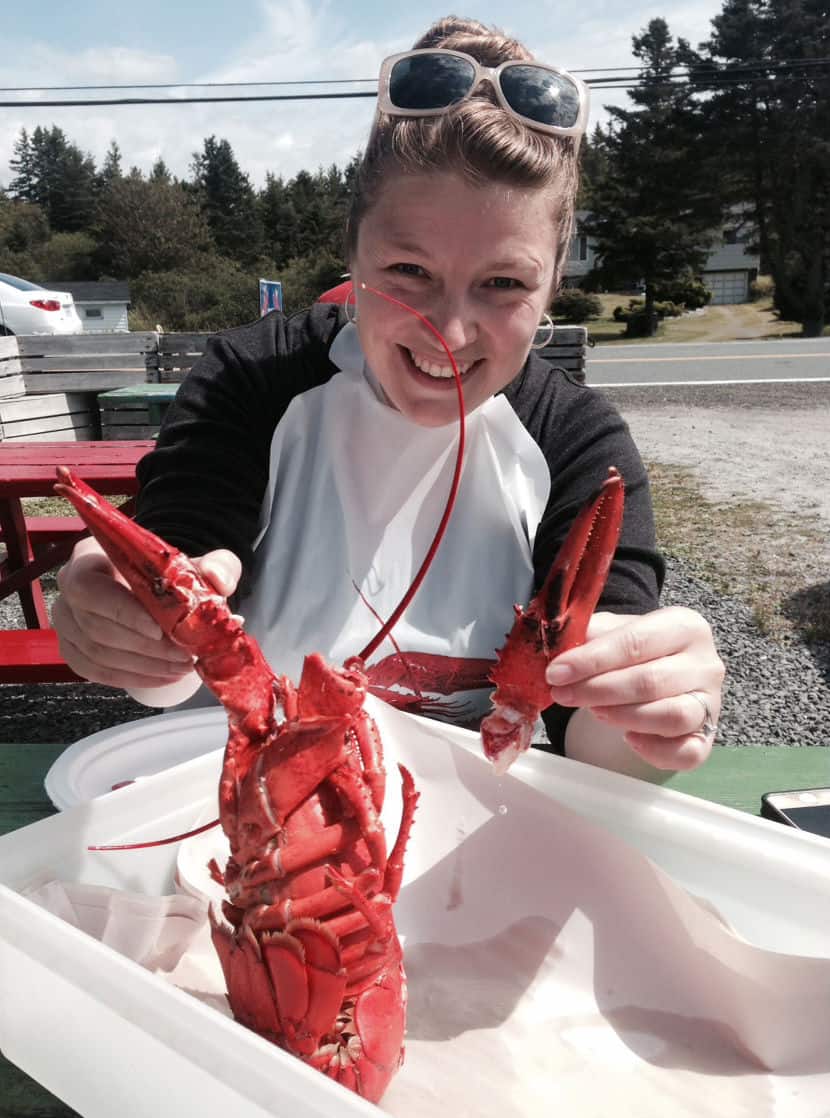 "Define your own boundaries and work to preserve them - it's very easy for freelance work to creep into your every waking (and sleeping) moment. It's important to know when to stop, when to say no - to value yourself and your time."

Bloor and Ossington is changing, fast. In the past two months the sleepy strip has seen the opening of a vegan bakery (duh), a few more espresso/juice bars, and most recently a brand-spanking new theatre space for Toronto institution the Bad Dog Comedy Theatre Company. Following their announcement in June, frenetic construction efforts put together a studio space, bar, and 64-seat comedy theatre in just over a month. Their first show in the new space, a woman-focused 90s throwback called 9 to 5, closes Wednesday, but the company’s roster of classes, drop in workshops, and weekly shows (like the always-popular Saturday night Theatresports) are just picking up speed.

The woman behind the madness is 35 year-old Julie Dumais Osborne, voice actor, improvisor, and Artistic Director of the company. I first met her in her role as the Regional Director of the Canadian Improv Games, the high school improv tournament that changed my life as a dorky teen. A conversation with Julie is simultaneously calming and intense, reassuring and revving—you feel chilled out but like you have fifty projects you need to start before you lose the spark that make them all genius ideas. I caught up with her to find out more about the new theatre space, making a living as a creative professional, and the freelance life.

SDTC: What’s a day in the life like for you?
Julie Dumais Osborne: Dog walk; an obscene amount of e-mails; Skype/coffee meetings about upcoming shows & partnerships; compulsive engagement on behalf of the company across various social media platforms; mucking around in casting & budget spreadsheets; dog walk; G-chatting with Lisa Amerongen (our GM); class correspondence with Jess Bryson (our Academy Director); tooling around in Photoshop to get some small graphic together; depending on where we are in process – maybe running a rehearsal; a few hours at the theatre (watching shows, ripping tickets, talking to people, taking notes); another dog walk and about 23 hours of thinking about how to better do (and sell) what we do.

Is this the career and life you thought you’d have? Why or why not?
That’s a tough one. Depends on what age you’d asked me at I guess – I mean… by Grade 10, I was pretty seriously charting a course for a life in the arts – though, honestly, there are still mornings I wake up and I can’t believe I managed to carve out that career in improvisation. There’s a weird comfort in realizing that all of the small, unpaid, often-aimless-feeling odd jobs, passion projects and detours that led to this place are actually what equipped me to handle it when it came along. I’ve never had a job before that used as many different facets of myself – hard skills & soft skills.

Tell us a bit more about the Bad Dog. How long ago did you get involved with the theatre company?
The Bad Dog Theatre Company was born out of the then-20-year-old local comedy institution: Theatresports Toronto (the city’s longest-running improv show, still a cornerstone of our lineup). Bad Dog opened the doors of its first bricks-and-mortar location on the Danforth in 2003. There, Bad Dog established itself as Toronto’s improv hub – a welcoming community and home for all forms of unscripted comedy. A number of factors, not the least of which were the economic downturn and a debilitating lease, eventually led the company into some challenging times.

I had performed in Bad Dog shows on and off over the years, but the majority of my work in the Toronto improv scene had been with the Canadian Improv Games, catch23 IMPROV (a show I co-created), PROJECTproject (an improv collective I ran and the COMBUSTIONfestivals we would produce) and 10,000 to Flight (my improv duo with Mark Andrada).

I was hired as Bad Dog’s Artistic Producer in September of 2010. My first job was to assess the viability of keeping our doors open on the Danforth and, ultimately, in February of 2011, to transition the company out of that space. We quickly established a relationship with Comedy Bar – a partnership that would grow to house all of our classes as well Bad Dog shows throughout the week… and, eventually, would lead to our latest joint venture: the opening of the new Bad Dog Comedy Theatre.

So how long did it take to build the new space? What’s it like?
Our new space is a 64-seat room designed specifically with improv and theatrical comedy in mind. The seats are raked and curve around two sides of the playing space which is flush to the ground. Our venue also houses a full bar and a classroom (with exposed brick, natch!). The physical transformation of the space from its former iteration as a nightclub (called Baltic Ave.) took just over 5 weeks. Finishing touches are still ongoing, but we’re fully up and running with nightly shows and our upcoming fall classes will all be housed at our new home.

How does it feel to have a home base again? How do you think that will change the company?
It’s an amazing feeling… a strange mix of exhilaration, terror, pride and optimism. This development came about much sooner than we were anticipating in our company’s Strategic Plan – but it was too perfect an opportunity to pass up. Our Academy is growing so quickly and our community of performers continues to expand and elevate our expectations of what improv can be. Having a dedicated space for these things – and for introducing a much broader audience to unscripted comedy – is an amazing next step… not just for Bad Dog, but for improv in Toronto.

What’s your favourite thing about your job? What’s your least favourite?
I love the people I get to work with. And I truly love the art form. Working with such incredible talent to grow the discipline to its potential is one of the most satisfying things about my job. I also love teaching. On the flip side: I sometimes feel frustrated by the disproportionate amount of time spent trying to figure out how to market what we do versus the amount of time we get to devote to just creating the best possible work, the best possible experience, the best possible art.

Any advice for people seeking to make their living as a freelance artist?
Be adaptable. Carve out your own small routines where you can to create a feeling of order and balance in your life. Define your own boundaries and work to preserve them – it’s very easy for freelance work to creep into your every waking (and sleeping) moment. It’s important to know when to stop, when to say no – to value yourself and your time.

The Bad Dog Comedy Theatre is located at 875 Bloor Street West. Information about classes, tickets and showtimes can be found at their website.