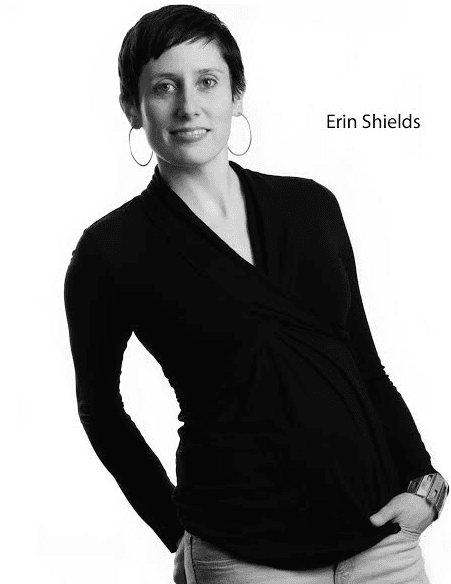 The excellence that is the SummerWorks theatre festival kicks off next week! It runs from August 6 – 16 and features some of the most talented, inspiring female artists in the city, one of whom is the totally brilliant, bad ass Erin Shields, a Montreal-based playwright and actor who won the 2011 Governor General’s Award for her play If We Were Birds (NO BIG DEAL!).

Shields is premiering an exciting new work of hers titled Beautiful Man at SummerWorks and I for one am super pumped to see it. She describes the play as “a visceral interrogation of sex, gender and violence against women in popular film and television (both on and off screen)”. Talk about RIGHT UP MY ALLEY! I sat down with the majestic Shields to chat about sexism in television, Game of Thrones, the need for female protagonists, and her agenda behind Beautiful Man

Jess Beaulieu: So, firstly. What inspired you to write Beautiful Man?

Erin Shields: Exhaustion, really. I’m just exhausted by certain television shows and films. I like to watch TV, especially the big budget shows like Game of Thrones or House of Cards. They’re well produced and there’s a lot of money behind them so they look great but at a certain point I got tired of the gender politics in all of them. Game of Thrones is basically historical fantasy. It’s a made-up world but it’s still based on the idea of a medieval past where men and women were definitely not equal and they have writhing harems of naked women. Or if you look at crime shows, it’s usually a male cop, or a male/female cop duo, and they’re chasing down a serial killer who’s a man and that man is raping women and leaving them naked in basements. The gratuitousness of the violence is becoming more and more pornographic.

JB: I know. Female characters are often written with no layers or depth and merely exist as accessories for the men to use.

ES: Exactly. I’m a playwright so I think about structure a lot and if you have a male protagonist, you need other characters to put obstacles in that character’s way. So, I get it… sometimes. You want to probe the depths of that character. But then you lose the women entirely. In House of Cards I felt I lost Robin Wright’s character Claire Underwood as the series progressed. She began as a very interesting character but then it became all about him. 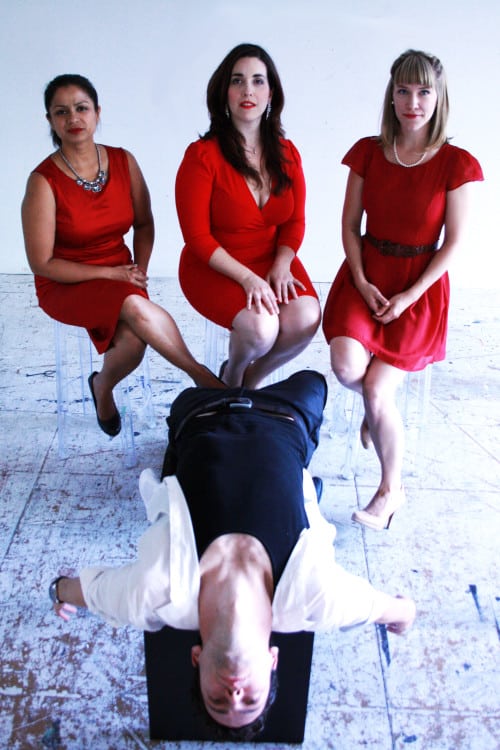 JB: I think more female characters need to be the focus of the story.

ES: Totally. They should be the centre of it. I crave a world where a female protagonist can stand for every person. ‘Cause right now if you want an every person, it’s gotta be a man. A white, straight man. That’s neutral. And as a woman, I have to be able to see myself in the humanity of male characters, because if I don’t, 90% of the western canon is off limits to me. I want to be able to write a female character who male audiences can see and say, “Hey! That’s me.”

JB: Yes! I find that some male writers who refuse to have female protagonists use the excuse of “Well, I don’t want to force a woman into my story just ‘cause.”

ES: Yeah and what kind of bullshit is that? We’re half the population. It’s the same problem with race too, which I bring up in the play as well. Writers say, “We’ve invented this fictional world but the rules of this fictional world are that almost everybody is white.” But … you made up the rules of this fictional world! You! And the real world is not all white. We need to challenge the idea of what’s “normal.” Orange is the New Black did that and it’s considered SO radical. Can you imagine there being more than two black women onscreen at the same time? Can you IMAGINE? Yes I can and it’s fucking awesome.

JB: What do you think is the solution? How can we fix this?

ES: We need more female writers and female directors and female producers. That’s how change is going to be made. I think that’s the solution. ‘Cause part of the issue is that you see yourself as neutral and if the majority of writers and directors and producers are white, straight men then of course they’re going to have male characters. We also need people of different ethnicities to write and direct and produce shows as well.

JB: I would also like to see female characters affecting the plot in a way that isn’t exclusively them telling the men “No! Don’t do that! Stop!” because that’s a problem too. Women are used as road blocks in a stereotypical way. A man is trying to have fun and the woman needs to prevent that from happening.

ES: Yeah. Sitcoms are like that. If you look at Everybody Loves Raymond, the dad is the goofball and the mom has to say, “You left the kids at the park AGAIN!” The structure of a sitcom often creates these bitchy women who are super uptight and it perpetuates mythologies about the incompetence of men. From my experience with men, they’re not all total goofballs.

ES: Beautiful Man is basically a reversal of those conventions. It features three women talking about a movie they’ve seen recently and as they start to describe the film you realize that the conventional genders are reversed. The cop is a woman who is chasing down a serial killer who is also a woman and who is killing beautiful young men. She’s stringing them up in basements, naked. And they’re talking about it in a very casual way. The way you talk about television and then the cop sits down to watch TV. There are lots of layers. And the cop watches a Game of Thrones type of show, but in this version it’s a writhing harem of man slaves. I wanted people to go from “Oh! I get this. This is just like what we watch but the genders are reversed. Isn’t that funny?” to “Oh… this is making me feel kind of uncomfortable… wow… this is violent… they’re saying the word penis A LOT.” 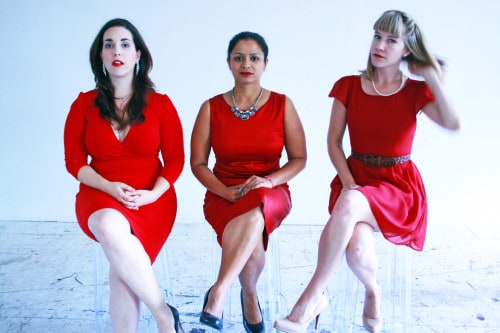 JB: That’s a great way to bring these issues to the forefront. Audiences have become accustomed to women playing these roles but when you reverse it, they’ll start seeing it more clearly.

ES: We ARE so used to it, but I also feel there is a moment of backlash right now. There are lots of articles being written about this issue. People are deconstructing it in a serious way. They’re saying, “This is bullshit!” and asking, “Why did you rape Sansa Stark?” Because that was a choice. The writers felt they had to do that for whatever reason.

JB: Speaking of Sansa Stark, I’ve noticed a trend in your work. You tell stories about women who didn’t previously have voices. You did that in Montparnasse and in If We Were Birds and now in Beautiful Man. Is this an agenda of yours?

ES: Yeah, it’s an agenda. Obviously I’m a feminist and I have two daughters. I want them to grow up in a world where women can be seen as really strong protagonists who everybody can take something from, including the boys in their classes. But these are also just the stories that speak to me and what I feel an urgency to write. I often write from a place of anger and frustration. This play had been brewing inside of me for a long time. I remember dropping my daughter off at daycare and as I was walking home I saw the whole play. I thought “Oh my god! There it is! I gotta get home.” I literally wrote it in one or two days, and of course there were lots of edits, but once I had the big idea, it poured out of me.

JB: That frustration fuelled it. For me, a lot of the frustration comes from the fact that men are often still the ones in power so if a dude is the head of a studio he won’t be as likely to produce a non-sexist show about women. 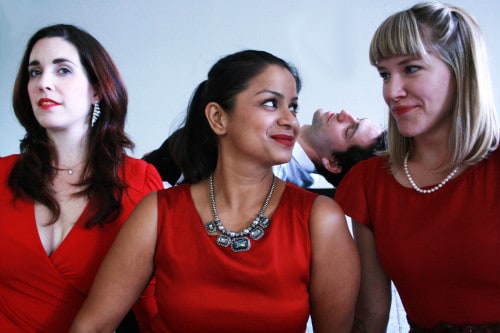 ES: And even in theatre it’s tricky. The gatekeepers are almost all men, and white men in particular. So, trying to get your play programmed can be hard. I can’t say that choices are consciously motivated by gender discrimination, because the artistic directors I know aren’t asshole misogynists, but they choose the stories that appeal to them. Someone like Jackie Maxwell made a point about getting more female playwrights and female directors working at Shaw, maybe as an agenda but maybe also because she’s a woman and those are the stories that appeal to HER.

ES: Yeah and with this play, I didn’t want to deal with the gatekeepers. I wanted to get it out NOW. I wrote it in January and I contacted Andrea Donaldson, who is directing it and who I have worked with a lot, and I said “I just wrote this crazy play. Do you want to do it at SummerWorks?” You can get caught up in development for a long time but this is about our world right now and the way we currently interact with film and television.

JB: What advice would you give to women wanting to write, or direct, or produce plays or film or television? Particularly women who have felt marginalized before.

ES: Do it yourself. Just do it. Don’t wait for the gatekeepers to open the gates. You gotta make it happen on your own. Self-producing is power. Make what you want to make and then the gatekeepers might take notice and say “Oh. Wow. Good job.” Also, find your people. Surround yourself with people who inspire you and who have a similar belief system as you. And really, really want it. 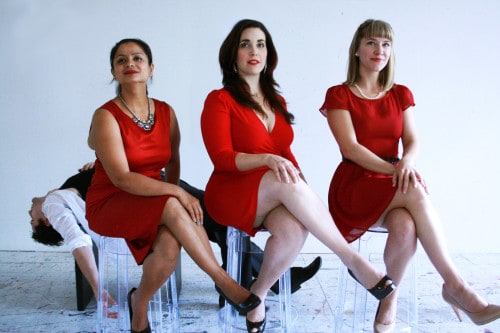