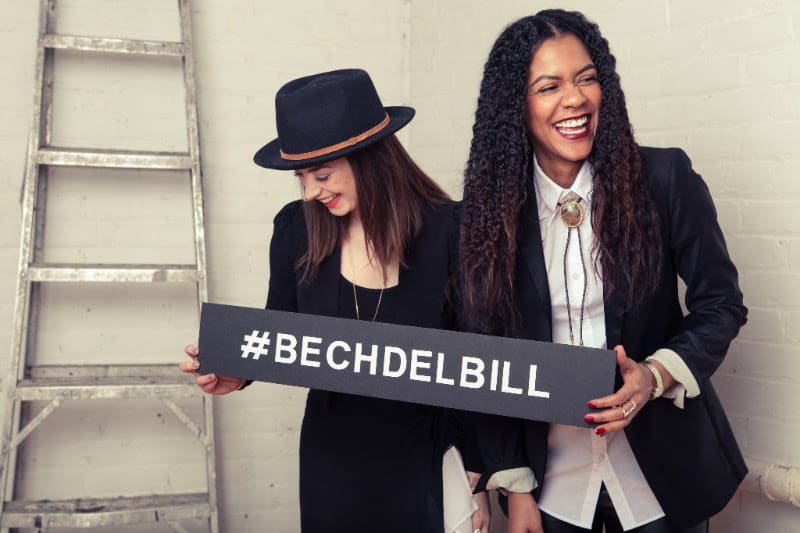 It’s been a year since the Bechdel Bill challenged filmmakers to pledge that 80% or more of the films they make pass the The Bechdel Test. We want to see more movies that 1) have at least two women in it, who (2) talk to each other, about (3) something besides a man. But reams of movies continue to be made that don’t pass muster.

Happily, since its inception, over fifteen companies and individuals have pledged to the Bechdel Bill!

To celebrate, come out for the Bechdel Bill Pledge Anniversary Party at The Station (401 Richmond St. W) on September 18th. There will be a live performance by Lynne Marie Rosenberg of Cast and Loose Live, personal portraits by photographer and doc filmmaker Sarah Mortimer, a drink of your choice, DJ, raffle, snacks, and most importantly, your chance to pledge to the Bechdel Bill.

See you there, comrades! 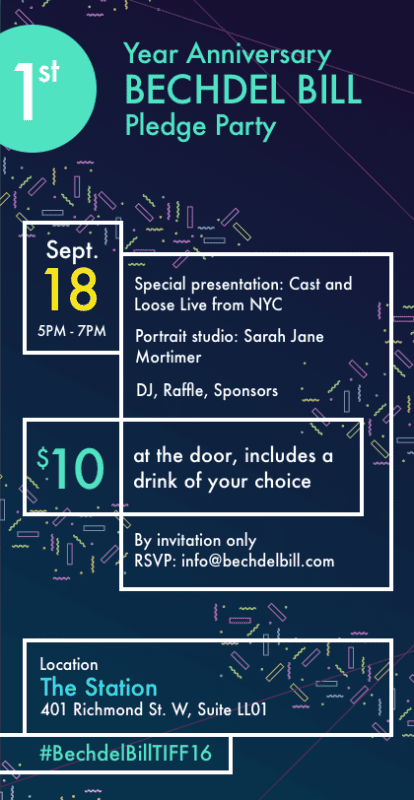