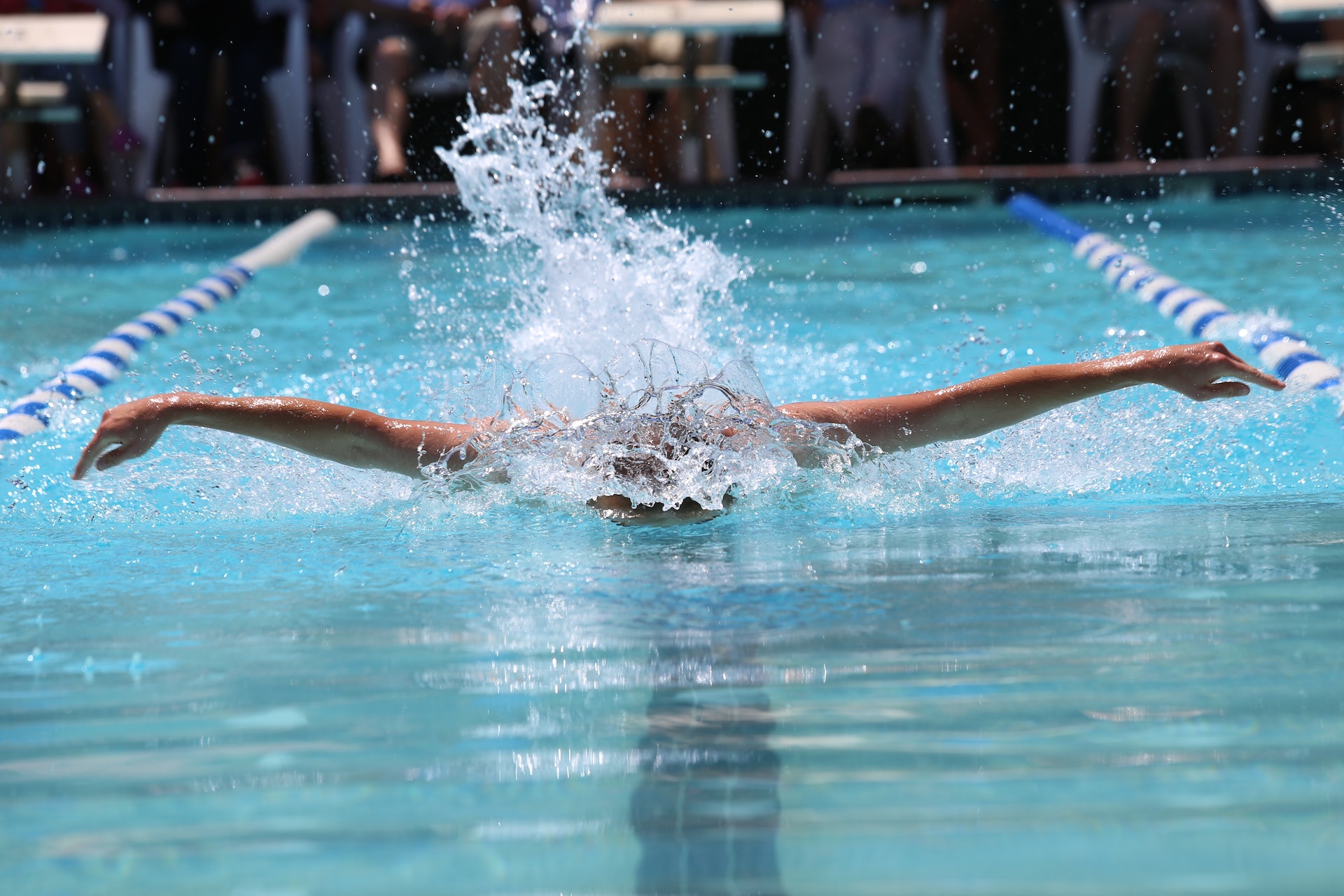 "I struggle to set boundaries, take on far too many commitments and responsibilities and treat others with greater respect than I give to myself, fearful that if I don’t, I will lose the love and support I need."
Books  Recovery

I am, and always have been, a “people pleaser.” I cater to other peoples’ needs at the expense of my own, and I give other people power over my choices, whatever they are.  I also struggle to set boundaries, take on far too many commitments and responsibilities and treat others with greater respect than I give to myself, fearful that if I don’t, I will lose the love and support I need.

When I was a toddler, if my parents asked me to do anything, I did it. I had learned that if I didn’t do what I was told, there were consequences to pay. An arm would swing across the back seat of the old Chevy or my father would dig out the fraternity paddle from the closet. I constantly drew pictures. But when I drew one at age four that my parents thought was inappropriate because the figure was naked, and I’d written “Mom” on the page, the beating I received was unimaginable.

The takeaway that I never forgot was: “Follow the rules.”

As an elite competitive swimmer, this early message worked well. If we spoke out or did anything to displease our tyrant couch, he would hurl kickboards across the pool, aiming for our heads. He conducted weigh-ins with daily goals and if anyone was overweight, he would punish the whole team with a terrifying workout. Many of the swimmers who had the courage to speak up, either quit or were kicked off the team.

What I realize now is that those early messages of needing to defer to others at any cost became building blocks that I carried into adulthood and still struggle on occasion to overcome. At times, the struggles have been so poignant that they came close to costing me my sanity. During my swimming days, daily weigh-ins led me to extreme dieting and an eating disorder. Even swimming was something I did to please my parents, and my conflicted feelings about continuing led to depression and self-loathing that long outlasted my swimming career. This is one reason my new memoir is called Swimming for My Life. 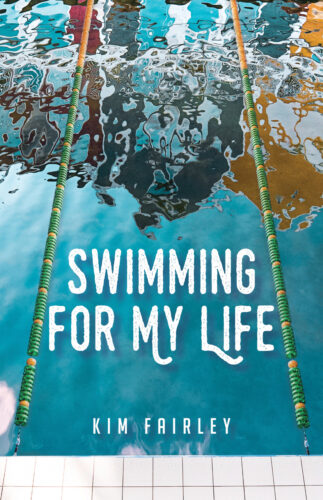 Here are eight signs that you might be a people pleaser—and approaches that may help you to stop:

Wanting everyone—including people you don’t care for—to like you.

As a child I became keenly aware that we did things as a family because my father wanted to please his parents. He insisted that I play the piano, he forced my brothers to attend dancing school, and all five of us were required to swim competitively. Lacking any choice as a child, I grew up doing what was expected of me.

By the time I reached adulthood, the habit was set in stone. I found myself agreeing to serve on various committees, attending parties or events I dreaded, and joining clubs for fear that if I didn’t, I’d be rejected. I had friends who were takers and acquaintances I would allow to place huge demands on my time. When I heard people make comments that I thought were offensive, I rarely spoke out.

It took years of therapy to recognize how much of my time I’d spent doing for others without being honest about the impact on me. Over time, I discovered that I could still be kind and thoughtful and not fill up every moment with friends who didn’t understand give and take.

Taking on more responsibility than you can handle.

Being unable to say no exhausted me. I would make half-hearted attempts to explain that I was too busy, but I always fell back on the same pattern. If someone asked for help, I rarely took a breath before I found myself committed. Inevitably I felt exhausted, disappointed, and in the end, resentful.

What I learned was to answer any request with “Let me think about it.” This provides time to think about whether or not I can really help, and if not, to gracefully step away.

Seeking validation even when you know you’re doing what is right.

As a young adult I discovered that my childhood had left me utterly unprepared. I didn’t know the basics of finding a job, interacting in an office or restaurant, or communicating with adults. I’d ask my ten-year-old daughter, “Does this dress look good on me?” or my friends, “Do you think I did the right thing?” Asking for blessings from everyone around me became a habit.

What I learned was to listen to my body. Most of the time, I know how I feel. When I don’t, and I get a sick feeling in my gut, I give myself permission to ask for validation from someone I trust.

What I realized through therapy was that I was teaching my children to model my own dysfunctional behaviour. When someone is rude or offensive, it’s their job to say they’re sorry. I try to take a deep breath and wait for the apology. If it doesn’t come, I remind myself that some people are unable to take responsibility, that it is not my job to make up for their lack of self-esteem. I also try to soothe myself. By detaching emotionally and imagining stress and anxiety floating off into the atmosphere, I resist the habit of letting it control me.

Being so afraid of hurting people’s feelings that you aren’t totally honest.

Growing up with authoritarian parents or coaches can result in a fear of being honest. To this day, friends will comment that under pressure I look like I have all my ducks in a row, that I’m on top of things and unflappable. In those moments, I’m often feeling internally like a complete wreck.

When what I project to friends does not correspond with what I feel internally, I immediately check myself. I want my relationships to feel close even when I am stressed or frantic internally. In other words, I want to show others my authentic self. The disconnect tells me I need to work harder to disclose what I truly feel.

Wanting to Make Everyone Happy

Viewing myself as a “helper,” I often used to check in with family and friends, to ask if they were happy. If the answer was “Yes,” I could relax. But when the answer was “No,” I considered it my job to do something about it. Parents often fall into the trap of thinking it is their job to make their kids feel happy, and yet letting go and allowing their kids to work things out for themselves is often the quickest route to happiness.

Growing up in my family, we seemed to drift from crisis to crisis caused by our parents’ traveling and leaving us alone. As the oldest, devoting energy to making everyone happy, I found myself exhausted. Sadly, in the long run, that constant turmoil compromised my mental health.

I remember coming home from swimming practice, starved, one night when my parents were home from one of their trips. While they finished their cocktails and my mother made dinner, I wolfed down potato chips and Hydrox cookies until I was stuffed. Not wanting to upset my mother for her efforts to make a nice dinner, I ate what she served and then privately vomited so I wouldn’t gain weight or be punished by the coach.

It’s wonderful to have empathy for others, but when I found I cared more about what others thought than what I felt myself, I realized it was time to seek therapy.

Going out of your way to avoid conflict

As a swimmer, I learned at a very young age to be invisible as a way of avoiding conflict. The coach behaved erratically, even putting us in dangerous situations, for example swimming outside during a thunderstorm, and I was unable to speak out. I remember thinking, I might die today. Maybe then my coach will get into some trouble for all this abuse. But as an adult I carried that fear into my relationships. Instead of voicing my opinion, I ignored my authentic self and suffered heartache, doing things I didn’t want to do.

Even today, I have been known to turn myself inside out, especially in my family, because I’ve believed there were negative consequences if I didn’t. I try to look closely at a situation and decide if I am enabling the person or truly helping them. Over time I’ve discovered there is a middle ground between venting and not venting. When something happens to get my juices flowing, I remind myself that I don’t have to shut down. If I can find that middle ground, and voice my opinion, I will be safer and stronger. My relationships will be healthier, and I’ll be closer to the people I care about. 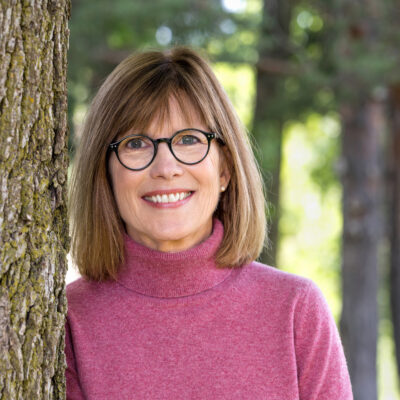 Kim Fairley is an artist and memoirist who writes about wrestling with secrets, healing from grief, and competitive swimming during the early years of Title IX. Her three books include Swimming for My Life, releasing in the fall of 2022, and Shooting Out the Lights: A Memoir, which was a finalist in the International Book Awards Parenting & Family category and was named a Distinguished Favorite Memoir by the Independent Press Awards. After attending USC, Fairley earned an MFA in mixed media from the University of Michigan.  She lives in Ann Arbor.

"I struggle to set boundaries, take on far too many commitments and responsibilities and treat others with greater respect than I give to myself, fearful that if I don’t, I will lose the love and support I need."