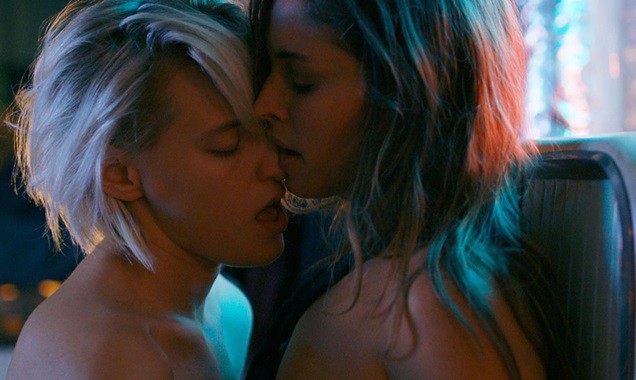 What we don’t see enough of in film is the female orgasm, in all its wet and pulsating glory. But thanks to two Toronto women, producer Melissa Coghlan and screenwriter Stephanie Fabrizi (who happen to be a couple), the pussy is getting its well-deserved spotlight on the big screen in Below Her Mouth, premiering at TIFF on September 10th.

While the sex in this film is wild and uninhibited, it’s far more than thrusting bodies; it’s a poetic language. “She wanted to give a voice to the female orgasm,” says Coghlan of Fabrizi. This goal is definitely achieved with gusto, and not just through artful sex, but also through a compelling story, exquisite cinematography, sexy art direction, and beautiful performances by newcomers (not for long) Natalie Krill and Erika Linder.