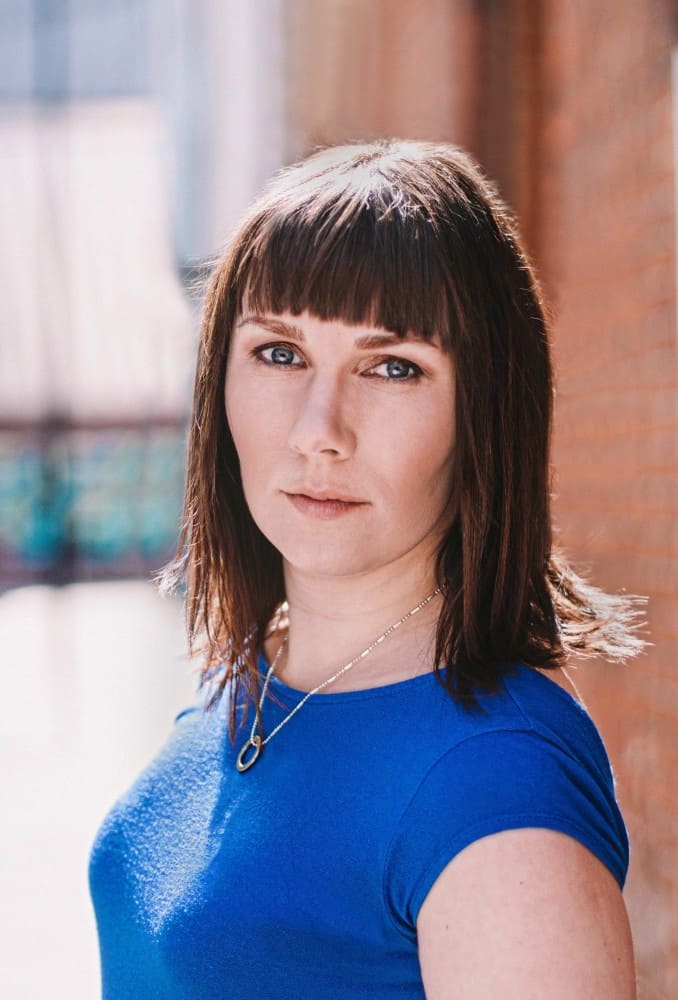 Katharine Ferns uses a confessional and brutally honest style of storytelling to find dark comedy in her past experiences and misadventures.

In Katharine Ferns Is in Stitches, Katharine tackles the visible and invisible scars of surviving mental illness, domestic violence, and drug addiction–with feminism thrown in for comic relief. The story begins with the day Prince died and Katharine in stitches (literally). This critically acclaimed show leaves audiences in stitches (figuratively). 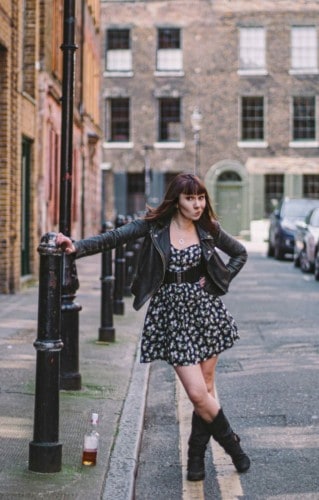 SDTC: To what degree is Katherine Ferns Is in Stitches autobiographical? Have you personally been affected by mental illness/addiction/domestic violence?

KF: My show is completely autobiographical. After a medical scare in 2016 that made me question my life, I felt it was important to talk publicly about my experiences for the first time. I found humour as the most truthful and brutally honest way I could tell my story of surviving an abusive relationship, struggling with depression, and self-medicating with drugs.

Even though I talk about the darkest moments of my life, I was able to use jokes to disarm the power these events had over my life and find a place of empowerment. They say humour is the best medicine, I personally think morphine is the best medicine, but after that, a good laugh is pretty effective, too. As Catherine Fenwick said, “Your mind cannot heal without laughter. Your soul cannot heal without joy.” In this show, I use humour as a way to tell my story on my own terms and show people they too can survive the darkness of their own lives as long as they don’t lose the ability to laugh.

What was the challenge in depicting such dark subject matter on stage?

My show has very serious moments followed by very funny moments and a bunch of jokes about Prince, obviously. It’s a reflection of how life is a mixture of light and dark and, well, purple. In the human brain, the neural pathways for pain, fear and laughter are interconnected. I am not saying you will laugh AND cry at my show, but I find it very natural to talk about joy as well as pain through punchlines.

When I told my therapist that I was going to write this comedy show, she said there are some things you shouldn’t joke about. I disagree, I think you can joke about anything but the context of the joke is very important. In my show, I am not making fun of mental illness or myself as a victim of domestic violence, but I am using humour as a tool to deconstruct how society deals with mental illness and violence against women. These are heavy topics that can make people anxious or aggressive or want to avoid completely. But as Dr. Virginia Tooper put it, “When the mouth is open for laughter, you may be able to shove in a little food for thought.” Basically, I am hiding some feminism inside of some very dirty jokes.

What does feminism mean to you?

Twenty years ago, I saw feminism as a good theoretical idea of how to solve the world’s problems by dismantling the social constructs of gender, sexuality, race and class that alienate us from each other; however, I didn’t think feminism would ever reach the small-town bars where I saw people get beat up for not conforming to heteronormative behaviour; or where I struggled to be heard in a court room as a woman; or where sexual harassment was inevitable. I never believed that feminism would stop the fear I had walking alone on the street. Back then, I thought feminism was just an idea found in a book.

Now I see feminism as not just a theoretical movement but as a daily practice of empathy. That by trying to understand each other’s perspectives, struggles and lives, we can break down the imaginary barriers that separate us. Patriarchal systems of oppression are founded on separating people into categories, while I see feminism as empathy and understanding the spectrum of humanity. Empathy needs to be in the foundations of our lives before we can evoke greater change.

I do wish things were improving faster, but change is happening through the power of empathy. We are seeing people empathize with survivors of sexual harassment in the #MeToo movement and charges are being made. We are seeing people empathize with women’s need for legal abortions in Ireland and the law is finally being changed. It is easy to get angry, frustrated and feel overwhelmed by the violence and prejudice that still happens every day all around the world. But we must not be silent and we must continue to share our stories.

For me, comedy is a feminist practice. A joke doesn’t work unless an audience understands the comedian’s point of view and has empathy with their experiences. Laughter is an uncontrollable reaction of mutual empathy and an instant moment of community. I guess what I am trying to say is that if you don’t laugh at my show, you let the patriarchy win! (insert laughing emoji)

I hope people take away the importance of empathy. Even though our pasts might be different, we can all laugh at the same things. And that Prince is the greatest performer of all time. Ambitious goals, I know! Performing this show for the past two years, I have been told by audience members that they now understand what it means to be a survivor and how to better support people in their lives. I have also had survivors tell me that by hearing my story, they feel empowered to tell their own story.

I have also had surprising reactions to my show. One night I had a room full of men that had come straight from the pub and they had not read the description of the show beforehand. I feared they would not understand me but they ended up being a wonderful audience. At the end, each of them hugged me and told me that while they were entertained, they realized they had no idea how common my story is for women. After they left, one of them snuck back to tell me that his sister was getting out an abusive relationship and he hadn’t been able to talk to his friends about it yet, but now he felt like they would be supportive. These reactions from audiences are what inspire me to continue to tour this show. 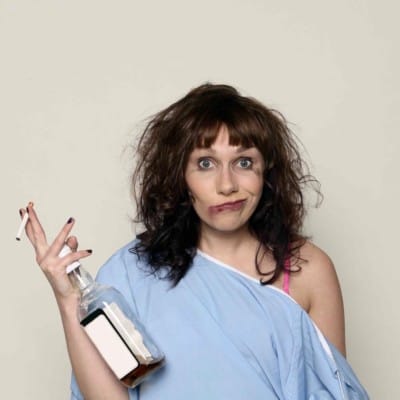 What is your favourite joke in this play?

My favourite joke in the show is the very last joke, which perfectly sums up my life. I don’t want to give away the ending but the joke does involve Prince, so it is pretty much the perfect joke to end the show.

What are you excited for at Fringe this year?

I am excited for all the stand-up shows and have heard great things about Pete Johansson: Origin Story, Meg MacKay: Freelance Witch and Alex Wood Quits Everything. I am also looking for other shows to see and please tweet suggestions to me at @katharineferns. Thank you!