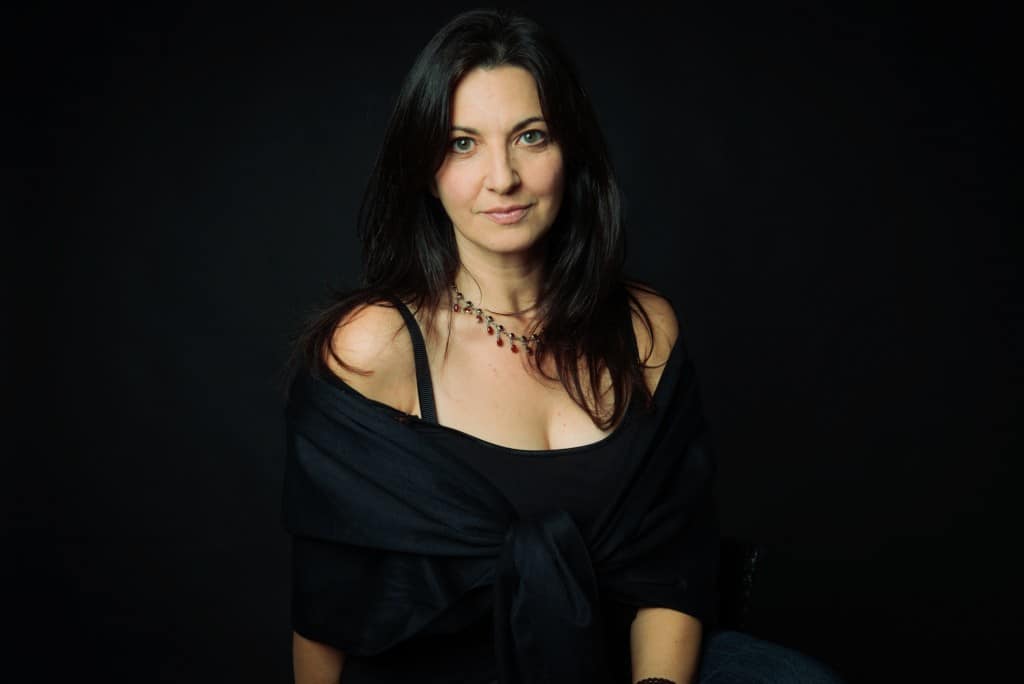 Best of #FringeTO 2018: Tracey Erin Smith, Co-Creator and Director of We The Men

Tracey Erin Smith is an actor, director, writer and comedian. She’s an instructor at Ryerson University’s ACT II STUDIO and has taught improv at Second City. She’s also the founder of the award-winning SOULO Theatre Company.

For Fringe this year, Smith conceived, co-created and directed We The Men. In it, a group of ten men come together at a cabin for the weekend. They swap sex tips, relationships stories and share their inner-most feelings. BUT there’s a twist! Because behind every great man…

SDTC: Where did the idea for We The Men come from?

TES: I teach a drag king workshop in Toronto called Dude for a Day, where I teach women how to become a male character and they perform improvisations. Then we go for lunch dressed as men! It’s a total blast and the things women say when they’re being men would make your jaw drop.

After the #MeToo movement started, I thought, “Wouldn’t it be powerful to take some of the women I have helped become a ‘dude’ and create a show out of it? The goal of the show would be to bridge the ever-widening gender gap. We’re doing this by having women playing men [who are] exploring how the current state of the world is affecting them. I threw this idea up the flag pole and men and women jumped on it. We have nine fascinating and diverse women in the cast and the show takes place on the night that they all spend together in a cabin. Also, we just got some great news…the show is going to New York City on July 16 right after we finish our run in the Toronto Fringe!

Do you find yourself empathizing with men more or less now that you’ve put this play together?

More. Absolutely. I feel more empathy now because we interviewed and listened to men about the pressures they face and the confusion and fears that they have right now. They shared stories of being raised around toxic masculinity, having female friends that they want to protect, not knowing what’s okay in the dating and flirting world right now, and wanting to be part of the solution.

To do research for We The Men, the cast and I held two town hall-type meetings to bring men and women together. I led an exercise that I first participated in when I volunteered at a maximum security men’s prison in California last month. The exercise is called Step to the Line. A variety of statements are read out as the men stand in separate lines, five feet apart, facing each other. A few examples of these statements are, “I compare my life to others,” “I am in love,” and “I have been sexually harassed or assaulted.” Every woman stepped to the line on that last one and I think it was sobering for the men to see that.

The group gets to see what they have in common and where they’re different. There was laughter and there were some tears. After that exercise we sat in a big circle and asked the men to share with us what they feel about what’s happening right now, and my female cast members listened and took notes. Some of what was said by the men is being used in our show so that we are not guessing what’s going on for guys–we went to the source. 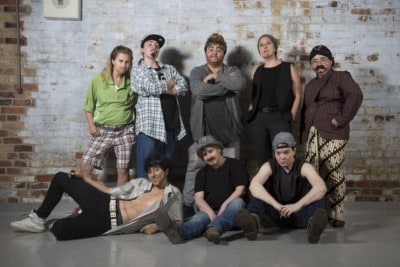 What did you find especially challenging about developing this play?

I am used to creating and directing shows where the performer is speaking as themselves, sharing stories from their real lives. But this show is women playing men telling stories that happened to the men. We also created a lot of the script from improvisation that the women did dressed as their male characters.

One of the most fun things we did was [when] I rented a cabin and all the women came as their “men.” We lived in that cabin together like that overnight. They drank beer, played cards, had a bonfire, one of them sang Tracy Chapman and played guitar, and they spilled some of their secrets to each other. We’re using some of the things that happened that night in the show and, of course, some of what happens at the cabin stays at the cabin!

Who is your fave character in the play, and why?

Everyone’s “man” in this show is amazing. They are unique, three-dimensional, moving and hilarious. For example, we have a nutrition expert that plays the harmonium, a young man whose mother is white and whose father is Indigenous, a boxer, a financial planner and a male stripper. I love them all.

Our goal is that women come away with a deeper understanding that being a man is not all sunshine, motorcycles and beer. That although there are serious issues right now, men, as a gender, are not the enemy. Our hope is that men come away having a good laugh at themselves and appreciating that a group of women love them enough to take the time to listen to their stories and put these voices on stage.

The audience is invited to stick around after the performance and have a beer and a chat with myself and the cast.

What is the reaction you get from people when you explain the play’s premise to them?

It’s been great. People laugh and think it’s a cool twist to have women on stage playing men exploring these issues. They like that it’s designed to help bridge the current gender gap and bring all genders together. And they seem to be very curious how nine women will all play men on stage.