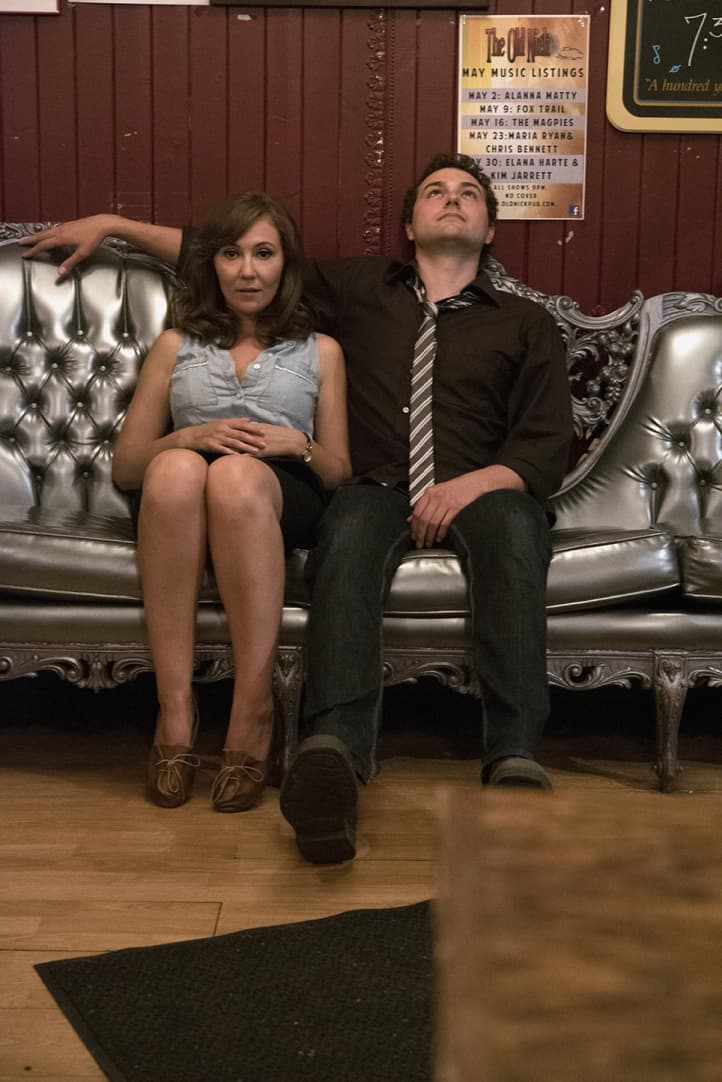 Best of the Fringe Must See: A Man Walks Into A Bar

Missed out on the Fringe action last week? Don’t sweat it: you can still catch one of the best plays! Written and starring Rachel Blair, A Man Walks Into A Bar has been selected to run in Best of the Fringe. We think you’ll love it and will have a lot to add to the conversation it sparks.

A woman, with the help of a man, tells a joke: A man walks into a bar and meets a waitress. As lines between the performers and the characters blur, a tense and funny standoff about gender, power, and selling sex emerges. Playwright Rachel Blair has created a sharp meta-theatrical two-hander that skewers the dialogue surrounding men, women and feminism. Influenced by modern movements #YesAllWomen and #NotAllMen, A Man Walks Into a Bar is an argument within itself.

Praise from the media:

“Mansplaining doesn’t get much uglier than in playwright-actress Rachel Blair’s unsettling new comedy, in which a woman (Blair) sets out to tell a joke with the aid of a male performer (a deceptively boyish Blue Bigwood-Mallin). At first, the guy just offers helpful suggestions, but soon he’s colaborating on, and then hijacking, her narrative. Blair artfully tantalizes us with what could be a cute romantic scenario, only to starkly expose the misunderstanding to say nothing of the vicious misogyny – that still blights male-female relationships in the 21st century.” Torontoist, 4 stars

“Blair’s intelligent examination of male-female relationships is full of humour and subtle gender politics in this well-paced production, directed by David Matheson. Moving in and out of the frame, the actors generate a potent chemistry as they explore the shifting nature of power between a pair.” Now, 4Ns

Remember a few weeks back when you were at the bar, and felt like your intelligence was abruptly squashed by some random jerk who interrupted your conversation with several uninvited (and very strong) opinions? Yeah, we’ve all been there. (And no, not all guys are like that, but we sure do know that guy.) While the enraging storyline is all too familiar, Blair’s sharp wit and clever writing will have you smirking and laughing. Sometimes it’s difficult to explain the fury, or even the discomfort of these types of situations. Blair tackles the subject matter with intelligence.