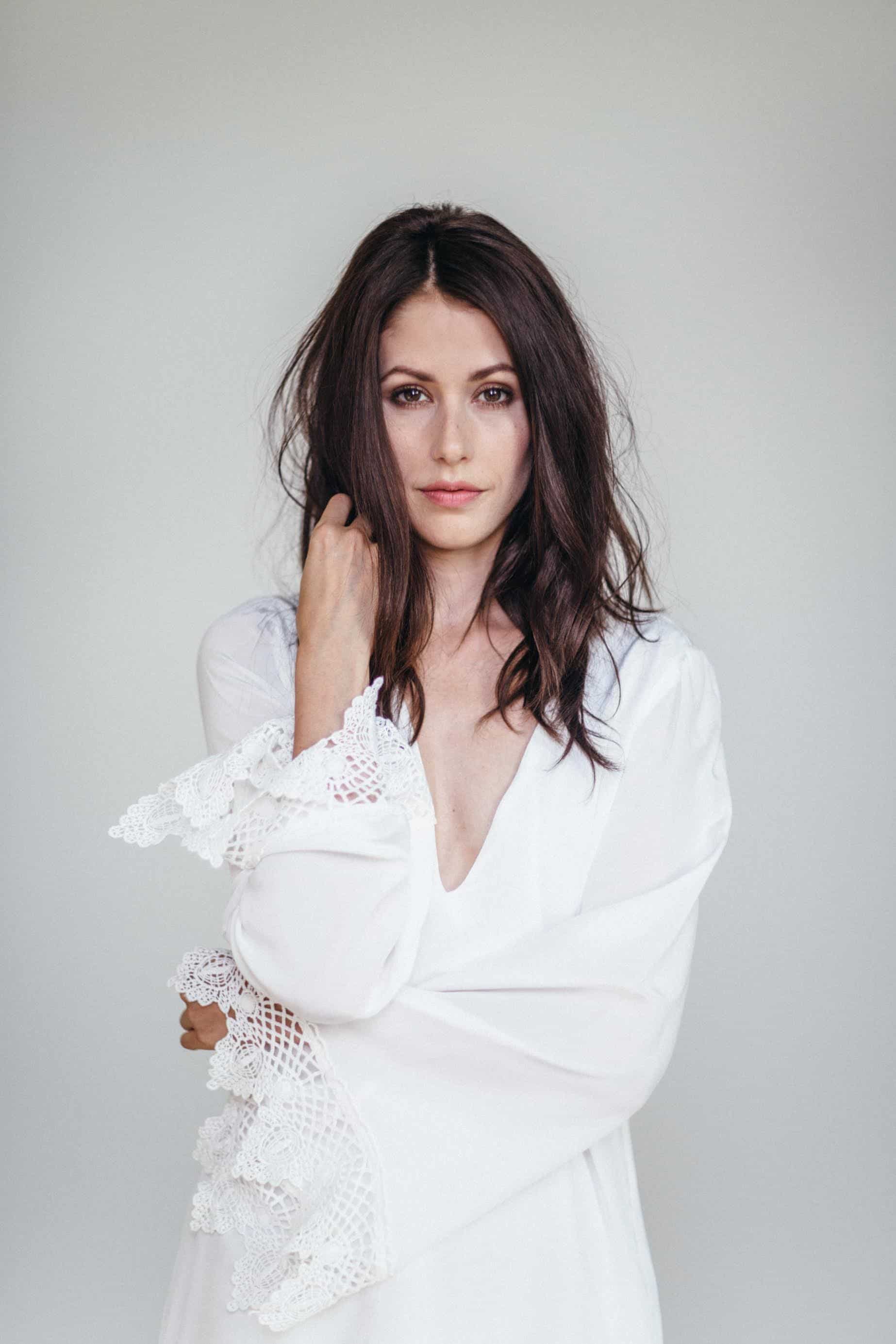 On Monday, September 12th, Birks and Telefilm Canada will come together during TIFF to celebrate Canada’s top talent at the fourth annual Birks Diamond Tribute to this Year’s Women in Film. In anticipation, we’ll be shining a spotlight on a few honourees to gain insight and inspiration from their journeys, be it the perseverance they’ve endured, lessons that guide them, tips for women in the biz and their personal goals.

To kick off this special TIFF series is actor Amanda Crew, known for her role as Monica on the HBO sitcom Silicon Valley. Before landing on HBO, Amanda also starred in the comedy Sex Drive, which was followed the supernatural thriller The Haunting in Connecticut. She also played the lead in the films Repeaters, Sisters & Brothers and Charlie Zone.

Get to know her; learn from her.

Honoured is definitely how I’d describe it. To be recognized for my work among women who are so accomplished is not lost on me. We did a photoshoot back in June with all the women and it was such a fun day getting to know each other. For women to continue moving forward and making changes in this industry, we need to help each other, not isolate ourselves out of competitiveness, and that was definitely the energy that day; one of love and support.

Did you ever have a moment where you felt like changing your career? What kept you moving forward?

I’ve had moments where it’s been really hard and I’ve questioned my sanity, for sure! When I’ve been auditioning for months straight and haven’t had a single call back, the bank account is getting low and it feels like there’s no light at the end of the tunnel. The main thing that keeps me going in those moments of self-doubt is a support system. I’m lucky to have incredible friends and family who remind me of who I am and what I have to offer. That and a good jog outside to some Beyoncé can do wonders for my mental positivity.

What is a recent lesson you’ve learned?

Trusting myself and allowing what is happening to just happen instead of fighting it. Since turning thirty, I’ve really noticed a mental shift where I’ve loosened my grip on controlling stuff and allowing life to just be. It feels pretty f*cking good.

I’m not going to give you a fake list and pretend I do yoga at 4 am and drink lemon water in a bathtub full of essential oils while reading poetry. Here is the REAL way I like to recharge (in no particular order):

1) Watch TERRIBLE reality TV shows (The Bachelor, Bachelor in Paradise, Real Housewives of ANY ZIP CODE etc.)
2) Read blogs
3) Pinterest
4) Bake
5) Drink wine
6) Eat chocolate
7) Do all the above with one of my gal pals

This is not a joke. This is really what I do.

I feel most creative when I’m not forcing it. Sometimes it just sneaks up on you and takes over and it’s the best feeling. When I try to force creativity, nothing good ever comes.

I’ve actually only been to TIFF once, back in 2010. My boyfriend surprised me by flying out and knocking on my hotel door. He was working at the time and couldn’t join me, so I was not expecting him at all. Very romantic and a moment I won’t forget.

Work hard and go after it, but make sure you stop to reflect on what you’ve accomplished. It’s easy to get fixated on what you haven’t achieved and fall down the web of “not good enough,” so it’s important to remind yourself of all the things you have accomplished.

To be honest, I’m in kind of an inspiration slump right now. Usually when I’m not feeling the creative juices flowing, I push myself harder to create, which always ends up with me creating terrible stuff and feeling burnt out. So this time around, I’m just allowing myself to feel the lack of inspiration. I trust that I’ll get bored of it and then something will click, because it always comes back. Trusting and letting go is what I’m working on right now. Man, that sounded so hooey dooey!

Can you share with us a few (maybe three) films that really influenced your life journey or perspective?

Across the Universe – I would watch this movie any time I was feeling uninspired or down. I love the music, the creative visuals and story. It’s incredibly inspiring to me.

Control – I watched this movie four times in one week when it first came out. The acting is incredible and it’s directed by one of my favourite photographers, Anton Corbijn. It’s all in black and white and grabs your heart.

Mrs. Doubtfire – This is the movie that got me wanting to act. I love Robin Williams and he shines in this movie. Also it’s just hilarious.

READERS! We want YOU to join us in raising a glass to the 2016 honourees of the Birks Diamond Tribute with Telefilm Canada. Click here to find out how to win a spot on the guest list for you and a film-loving friend. This is an invite-only event taking place at the Shangri-La Hotel on September 11. Contest winner will be notified by Thursday, September 8th at 10 AM so enter now!