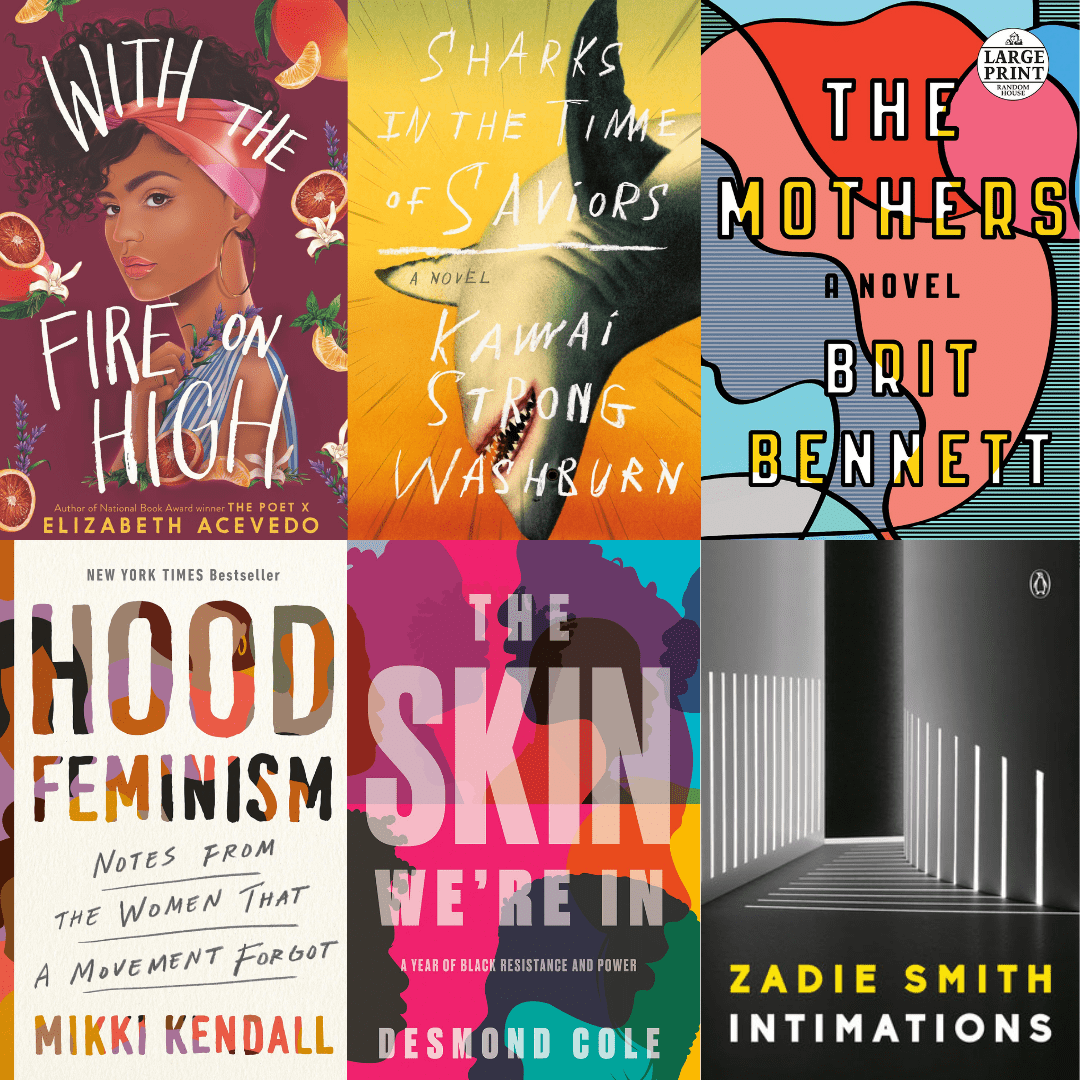 Black Authors Who’ve Helped Me Live Through This Pandemic

If you had told me in March of last year that we would still be living the lockdown life in February, I would have told you that you were crazy and asked you to keep your negativity away from me.

As it stands, we are now nearing a year into this pandemic, with a long winter still standing between us and the ability to enjoy a socially distant drink outdoors. To prevent myself from spending too many hours on TikTok attempting to learn the latest dance challenge, I have tried to get my reading habit back on track.

In the Before Times, I was an avid reader, getting my pages in on my commute (remember those?). But since we’ve been locked down, my phone has become much more interesting. A few years ago I also put an emphasis on reading mostly Black authors, and this has become even more pressing for me after the Black Lives Matter protests last summer.

Here’s a list of books by Black authors that will help you beat the pandemic blues, and forget that you ever had to hear Doug Ford say rester a la maison (and if you choose to read any of them, consider buying Black and picking them up from my favourite local indy bookstore, A Different Booklist).

With the Fire on High by Elizabeth Acevedo

Emoni Santiago is a high school student just trying to get through her senior year. She is facing all the regular teenage trials and tribulations except for the fact that she is a teen mom, who is attempting to support her daughter and her abuela. Emoni’s only escape is in the kitchen; she is a brilliant cook and she knows it. When her school starts a culinary arts class which includes a trip to Spain, Emoni has to add hustling to make the money for the trip and trying to impress a tough teacher to her already precarious balancing act. This book showed a wholly different YA experience than we usually see in novels, which I loved. The parts that take place in Spain are also so fun, they almost scratched my itch to be on an international vacation.

Sharks in the Time of Saviors by Kawai Strong Washburn

This book begins in 1995 in Hawai’i with 7-year-old Nainoa Flores falling overboard on a cruise ship into the ocean. When sharks surround Noa in the water, his family fears the worst. But one of the sharks gently saves Noa from drowning and delivers him into his mother’s arms. Noa’s experience with the sharks turns him into a local legend and shapes the futures of his parents as well as his brother Dean, and sister Kaui. This book pulled me in from the beginning; what started out as a story of a boy and some sharks ends up being a sprawling tale of love, hurt, and family most of all.

The Mothers by Brit Bennett

Set in modern day SoCal, within a Black church community, Brit Bennett’s debut novel (she has also recently published The Vanishing Half) follows Nadia Turner, a teenager struggling to come to terms with her mother’s suicide. In her grief she begins a fling with the local pastor’s son Luke and becomes pregnant. The after effects of their relationship follow them, along with Nadia’s best friend Aubrey, well into adulthood. This was a complex, riveting, topical story that felt refreshing to read. After a lifetime of reading books about Black pain, it was nice to read a story in which Black people simply exist. In The Mothers Black people are allowed to simply live their lives, good, bad, and everything in between.

The Skin We’re In: A Year of Black Resistance By Desmond Cole

Desmond Cole is a Canadian journalist, author, and activist who became widely known after Toronto Life published his essay, “The Skin I’m In”, which documented his experiences with the Toronto Police and their carding policy. In his first book, Cole expands on this topic, covering an entire year in systemic and anti-black racism in Canada. This is a must read for any Canadian; as a country, we incorrectly believe that we live in a multicultural and post-racial society. This book takes the blinders off, which is especially important after last summer. Read this and finally stop saying “at least we aren’t as bad as the US”.

Hood Feminism: Notes from the Women That a Movement Forgot by Mikki Kendall

Since the protests of last year I have really made it a point to realize my blindspots and educate my way out of them, and there’s no better time than in the middle of a global pandemic.  As a Black woman I have often left “doing the work” to others, even though I reap the benefits of that work. In Hood Feminism Mikki Kendall exposes just how many things I, and most people, take for granted are feminist issues. Kendall covers how food insecurity, affordable housing, and a living wage among other things are all issues that need to be taken up and taken seriously by the feminist movement. Months removed from #blackouttuesday Kendall shows us in this book that there are so many ways we can show up for Black people and Black women, if only we care to do more than post a black square on our Instagram timelines.

For most of the past year I have strictly avoided Covid-related art because I just don’t need to see or read characters yelling at each other for breaking quarantine. Only Zadie Smith could get me to rethink this with her clear and poignant writing style. This short, sweet collection of essays is a collection of Zadie’s thoughts from when world entered lockdown last spring. She, like all of us, struggled to come to terms with what was happening, but unlike all of us she is an incredible writer, and was able to create an intelligent and witty collection. I love a book that I know I will read again and this definitely falls into that category; I think Zadie will be helping me cope with current events for a long time to come.