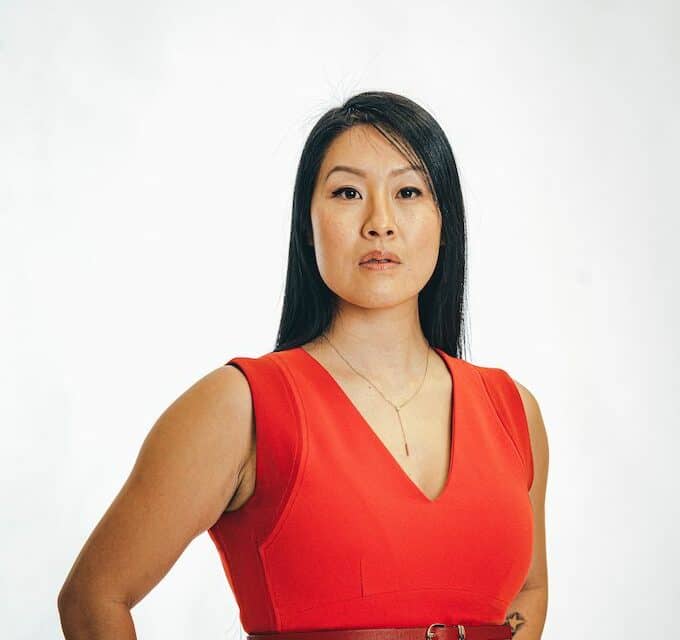 "From being in the business for over 15 years...I have learned that it really takes a long time for change to be made and to be noticeable."
Series

Chinese-Canadian drama Blood and Water: Fire & Ice has returned for its third season and takes audiences deep into the corrupt world of Toronto real estate development (oh, you know it exists). It’s as thrilling and juicy as it sounds and we love the strong cast of Asian women that includes Selena Lee, Elfina Luk, Loretta Yu, and Fiona Fu in starring roles

Anna Xie (Elfina Luk) is running a thriving casino and condo complex in Toronto, but the casino’s success isn’t enough for her. Anna is planning on building a new 60-story condo tower despite knowing how over-leveraged her company is. When Anna’s sister-in-law Teresa Fai (Loretta Yu) notices some shady activity at the Casino, suspicion points to a notorious money launderer. Anna hires ex-cop Michelle Chang (Selena Lee), now a private investigator, to thwart his efforts, but Michelle is distracted by her own agenda.

After watching this edge-of-your-seat season, you’ll never be able to look at Toronto real estate the same way.

It was six years ago when Elfina first read the script for Blood and Water and she knew right away that it would be a fun role to play, and an exciting challenge. “It’s a dream to be able to dive into some deep emotional depths of a character, and that was waiting for me with the role of Anna; add in the aspect of doing that in three languages, that was gonna be a challenge…but I was up for it!” she says. It’s the only series (we know of) that delivers dialogue in English, Cantonese and Mandarin. 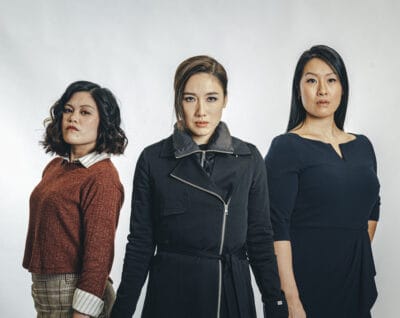 Elfina has a long list of credits to her name including Smallville, The L Word, and Canadian series DaVinci City Hall, but Blood and Water is unlike anything else she’s been in. “In the beginning of the show, there were many conversations of it being a trailblazing show with an all Asian cast, which was true. And perhaps I was ahead of myself in hoping that we could normalize visibility on screen at that time. But to be honest, from being in the business for over 15 years and hearing similar topics of conversation when I first started, I have learned that it really takes a long time for change to be made and to be noticeable.” She’s seen progress in the past few years, but not enough. “It will still take time for balance in diversity to be achieved.”

For Elfina, the real joy of the show has been Anna’s story. “It’s been six years and I am deeply connected with her, including all her weaknesses, which ultimately is what makes her human and why I resonate with her so much. I have been extremely grateful to have had the opportunity to tell her story and to give her strength and vulnerability through all her challenges. It’s been an ongoing conversation between the creator Diane Boehme and I about how much more through the ringer can we put Anna? Anna just can’t seem to get a break. And to me, as an actor and storyteller, I wouldn’t have asked for it any other way.”

"From being in the business for over 15 years...I have learned that it really takes a long time for change to be made and to be noticeable."