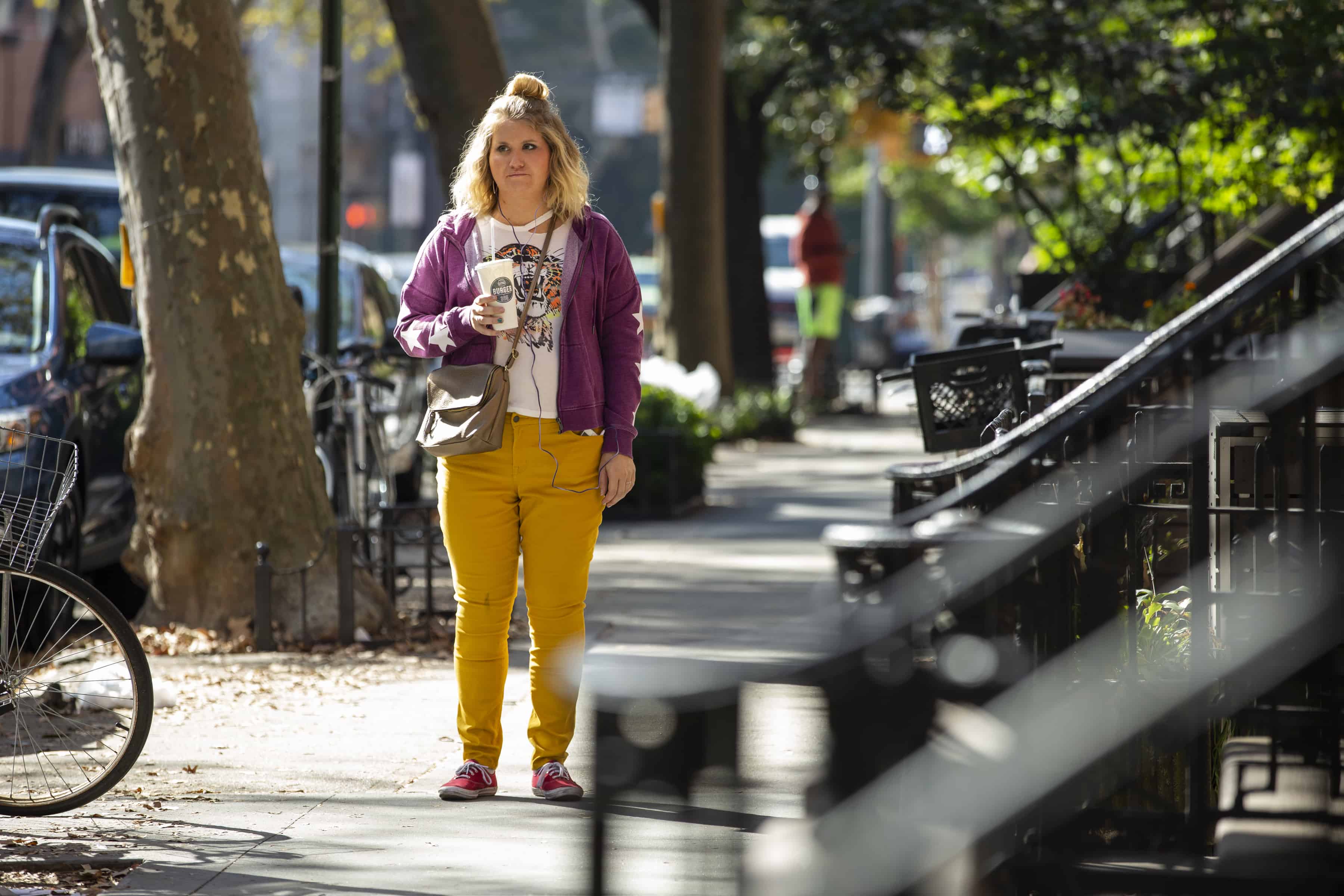 Brittany Runs a Marathon is a refreshing take on how a woman’s life can unravel when she chooses escapism over reality, or opts for a quick high over facing her own feelings head-on. Smart, funny, tender, and goddamn inspirational, Jillian Bell gives us a brilliant performance as twenty-something-year-old Brittany, whose life is on hold as she spins in a cyclone of self-harm. Unlike so many films about addiction, this isn’t about near-death extremes; Brittany’s “bottom” will be familiar to many.

Known for her comedy, both on the screen (Bridesmaids) and in the writers’ room (Saturday Night Live), Jillian’s decision to play the part of Brittany was a bold one. “I had been looking to do something different. I’ve been lucky enough to do a lot of comedy, great comedy, and this came my way.” Her manager knew that Jillian would see parts of herself in the script. “I read it and I laughed and I cried—a lot. At moments I thought, ‘How does this person know what I’ve said to myself?’ But I did fall in love with her, and I was so inspired by her story, and I related to her struggles.”

The film begins with Brittany pounding drinks at the bar, cracking jokes and putting herself in sexual situations that don’t make her feel good about herself. While it may not be a full-blown alcohol dependency, it’s edging towards that. When she’s not stuffing feelings with booze, she’s stuffing them with food. Her choices provide an immediate rush of endorphins but are often followed with a heavy dose of shame and self-loathing.

Seeking another quick fix, Brittany heads to the local walk-in clinic in the hopes of scoring some Adderall to throw in the mix. “I know a lot of people who were going to the doctor to get an Adderall prescription [in their partying stage],” says Jillian. “It was a normal thing.” To her surprise, Brittany doesn’t get what she wants and is instead confronted by a doctor who gives her a wake-up call about her health.

Having surrounded herself with friends who are in it for fun—and fun only—this is the first time in a while that someone is being straight-up with Brittany. She’s in trouble, she’s getting sicker, but not sick enough to hit the nightlife for one last binge.

There are no AA meetings in this film, no self-help books, and no therapist offices. Not that any of those things are bad—they help a lot of people—but in this film, we see a different method of recovery, and it begins with a pair of sneakers and a very nervous first run through the busy streets of New York City.

While running gives Brittany a new sense of purpose and begins to make her feel good about her body, it also forces her to finally deal with childhood trauma that she had spent years pushing down. The hangovers disappear, but life gets messier as she begins to face painful truths about her childhood.

It all sounds very serious and heartbreaking, and it is, but there is also a lot of levity. Brittany has a great sense of humour, and it evolves as she begins to heal.

I asked Jillian how it felt to play a woman going through so many transitions. “It definitely made me adjust how I talk about myself, how I think about myself. I transitioned into being a kinder human being, in regards to me,” Jillian says with a laugh.

At its core, Brittany Runs a Marathon is about finding your self-worth. Anyone who watches it will be compelled to review a few things in their own life. For Jillian, playing the part of Brittany helped her ask some tough questions. “I really took some time to figure out how I wanted to treat myself and how I wanted to feel.”

Training to be a runner is how Brittany learned to care for herself, but as Jillian shares with me, the marathon is just one of many ways this can be achieved. “I love that the film talks about how hard it can be to put yourself first, but when you do, it can be truly beautiful, in whatever form that means. The marathon is so symbolic, but it can be anything. It can be deciding to leave your work environment because it’s not fulfilling, or leaving a relationship because it doesn’t make you feel good. It doesn’t matter what it is: everyone can relate to the fact that it’s hard to make a change for yourself.”

This film doesn’t hammer audiences with how one should be; it reminds us of how life doesn’t have to be while giving us lots of room to find our own path.