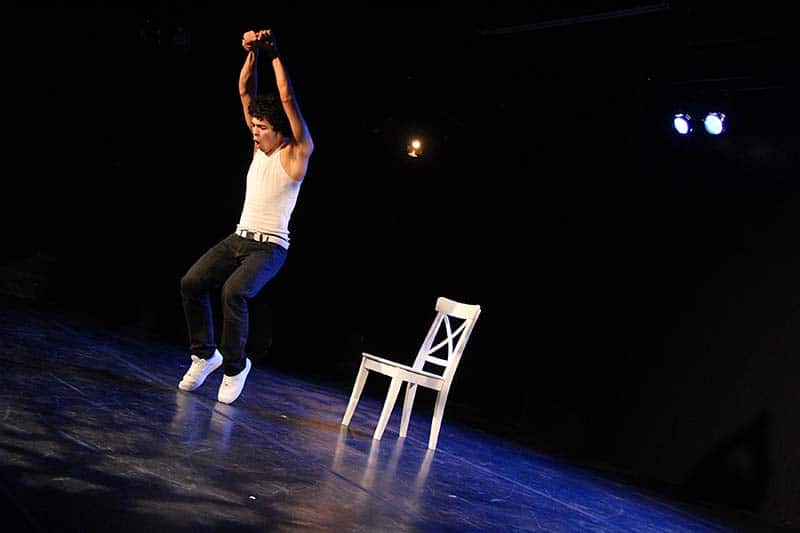 This Friday I was invited to see a showing of Sébastien Heins’ Brotherhood: The Hip Hopera at Toronto’s Pia Bouman School for Ballet and Creative Movement. Heins is a National Theatre School graduate and originally created Brotherhood for the Solo Show Project at the school. It has since been lengthened and workshopped into an hour-long show. The week before performing at Pia Bouman, Heins was in New York performing at the United Solo Festival where he won the Best Emerging Artiste award.

Brotherhood is a testament to Heins’s endurance as a performer; by my count, he plays at least eight characters, each highly individual and well maintained. Not only does he play all characters, but he sings, dances, and raps, as well. Touted as a “Hip Hopera,” the show is as much a movement piece as it is a musical. Through rhyme, Heins explores the lives and history of two brothers, hip hop artists dubbed “MoneyPussy” and “CashMoney.” The show opens with a song called, “I Had a Threesome With My Bro,” which had the audience in fits within seconds. Brotherhood explores the impact of family and love on a person’s life, and takes risks while doing so. It is wildly funny and at times deeply sincere. 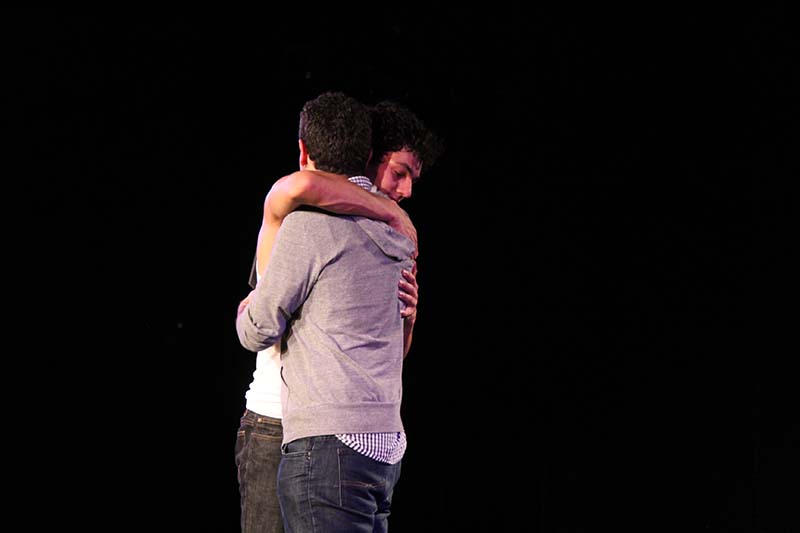 When the lights came up at the end to reveal Heins grinning up at us, there was an overwhelming rush as the cheering crowd rose to its feet. Gratitude showed on his face (especially for his director Adam Lazarus and technician Rebecca Vandevelde) and a feeling of joy streamed from the audience. The audience was full of fellow performers, directors, musicians, artists, and producers who all support Heins in the continuation of his project. Attending Heins’s performance showed me as much about community as it did about brotherhood.

Watch for a public opening of Brotherhood in Toronto this year: facebook.com/WhatsUpSebastien