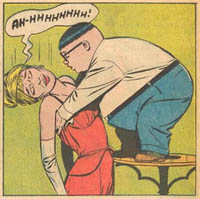 Busy ladies: take care of yourselves because exhaustion will catch up with you

The first time I ever collapsed was at my boss’ BBQ. I’d been on my feet all weekend––devoted party girl, friend, and finally, employee from Friday to Sunday. When I hauled myself back downtown for what was to be the THIRD time in a row, I could sense that I was exhausted.

My entire body was begging for a nap; just a little shut eye and everything would be fine. But I ignored it. That was my first mistake.

When I arrived, I was greeted by one of the girls I worked with. We stuck together, as we were the two youngest in attendance. I already felt uncomfortable amongst the small throngs of established thirty-somethings. I poured myself a gin and tonic. Strong, really strong.

About a quarter of the way in, I ditched my drink to escape to the rooftop patio; more people, more sun––less air. Completely not my scene.

I experience moderate social anxiety symptoms from time to time. Though I can come across as hyper social in certain situations, for the most part, I’m the girl grasping for the door at any function. I prefer to be a fly on the wall, until I feel like a moving eye-target.

It may have been the way that the sun hit me in the eyes, but I immediately began to feel funny. A little queasy, a little faint. I made my way downstairs; I needed air, water, something to stop me from feeling like this…

The next thing I knew, I was on the floor, and I’d injured my head.

The second time it happened, it was under similar circumstances. A hard partying weekend, a stressful time at work, and a little extra dose of summertime sadness. My friend had invited me out to a show, and not wanting to leave her sans plus one, I obliged. Again, ordered a drink. Made myself comfortable. Then, I started seeing stars. Feeling really flushed––a little queasy, a little faint. I made my way into the lobby. Something needed to change…

When I came to, I was told that I’d fallen on someone, and that my collapse was probably most likely due to low blood sugar, or low blood pressure.

I’ve never been the most healthy of people (constant colds, headaches, etc), but I’ve never been in a position where I’ve gone unconscious for any period of time. Once was frightening enough, but a second time? Positively terrifying.

There’s a myriad of reasons why this could have happened, and I’m still trying to figure them out, but especially given the summer’s unseasonable heat, make sure that you’re staying hydrated, that you’re alternating between sweet and salty foods, and that you’re getting enough to eat.

If you’ve got low blood pressure (like I do), cut back on your alcohol consumption, and make sure you’re eating smaller meals 5-8 times a day.

And if you do collapse? Don’t feel embarrassed. It happens to a lot of people. But do try to wear underwear (especially if you’re wearing a wrap maxi….those have a tendency to fly right open at the most inopportune of times…but that’s a whole other story entirely.)