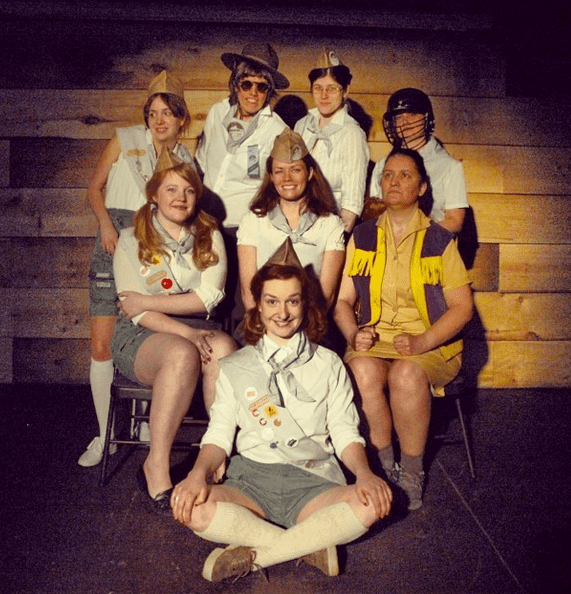 Ahhh summer camp. Setting up crappy tents and fending off mosquitos and obsessing over the tuck shop and spending entire afternoons making too many bracelets out of cheap plastic boondoggle (you’re not allowed to call it gimp anymore, so don’t even try). A special place for girls to be weird and loud and unwashed and outdoors.

But you don’t have to be 13 and in the backwoods risking poison ivy and raccoon attacks to have a real summer camp experience, because Camp Wayward is thoughtfully bringing it to Comedy Bar! The Bad Dog Theatre Company’s Camp Wayward is a group of some of the city’s best comedians, musicians and actors (and, full disclosure, a few SDTC contributors), gathered together to improvise three hilarious, touching, bug spray-scented episodes telling the story of a summer at all-girls camp. I mean, just look at this:

Wes Anderson called, he said “great job on the whimsy I am on board and have no insults to report at this time.” A dream! This show looks like a dream. Will there be ghost stories? Canoeing? Period mishaps on camping trips?? Who knows! Not even the performers, yet. You get to watch them create a world and then live in it over three wonderful weeks. And we can’t wait! Bring some sunscreen and a frisbee, see you at camp.