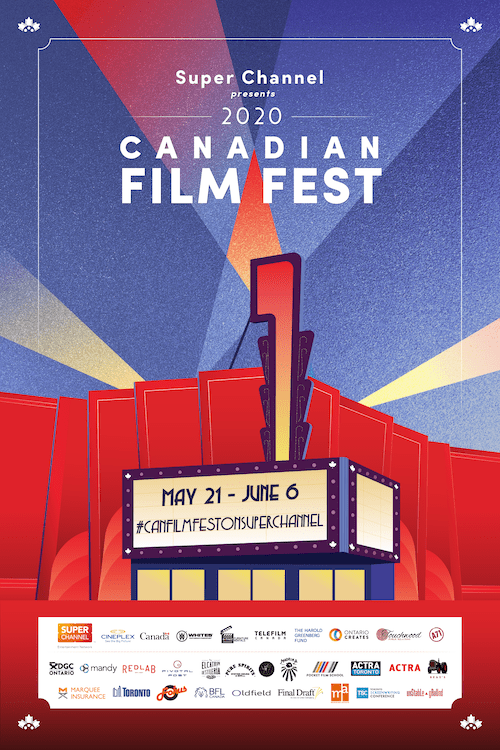 Whether you are a cinema lover, budding filmmaker, or industry veteran, Canadian Film Fest has a Masterclass that will invigorate your creativity and expand your film biz know-how.

Announced today, the 2020 Masterclass and Industry Series for this year’s Festival is going virtual and will be programmed on Super Channel’s Facebook and CFF’s Facebook and YouTube channel as part of the virtual Canadian Film Fest presented by Super Channel. With theatres closed indefinitely and a collective fear that we won’t be able to gather in large groups for several months, uncertainty for the future of film looms large. As such, the Canadian Film Fest has pivoted their programming to offer several classes that focus on how to move forward in an environment with numerous unknowns.

It’s a distressing time, but reading the subjects of these workshops get our imagination buzzing, and Canadian Film Fest has brought in the best to help navigate.

Here’s are the first two, that we think will be of interest to many of you who are working hard to establish yourself and grow your reach.

INDIE FILMMAKING IN UNCERTAIN CIRCUMSTANCES: HOW TO MAKE SOMETHING WITH NEARLY NOTHING AND NEXT TO NOBODY

PRESENTED BY POCKET FILM SCHOOL FOR THE CANADIAN FILM FEST

With the changes in the world as we know it, storytellers around the globe have come together to continue the push for creativity and production. Pocket Film School has been continuously finding ways to engage creative minds and keep encouraging storytelling throughout the pandemic. As we have seen in Canada with funds like the CBC Relief Fund where the production regulations indicate an adherence to physical distancing, our industry is preparing for a large shift in what was once our normal. As indie filmmakers, working with very little and only a handful of people is our normal, so even though we do not have any certainty in what production will look like when restrictions are lifted, we do know there are a handful of principles that will only be strengthened in the independent film world:

Working with limited budgets and limited crew members is nothing new for indie filmmakers; being quick on your feet and multi-skilled are traits anyone in the low-budget world embody already, so we will be adaptive and ready for the changes the industry might face.

An intimate and unique chance to sit with “Hollywood’s Man in Canada”, and Co-Founder of Don Carmody Television, the power-house behind some of Canada’s highest grossing films and successful television shows including Meatballs, Porky’s, Resident Evil, Chicago, Good Will Hunting, Shadow Hunters, Northern Rescue, and so very many more. Don and David will speak about their experiences working at this self-made, big league level in Canada and field your industry questions – so come prepared!

An in-depth, candid conversation with filmmakers who have successfully funded their projects with assistance from government agencies, and representatives from some of the agencies. Learn the secrets, strategies and strains from Producers who have first-hand

experiences with the programs available, what makes a winning application, and the Catch 22s you may need to be prepared for.