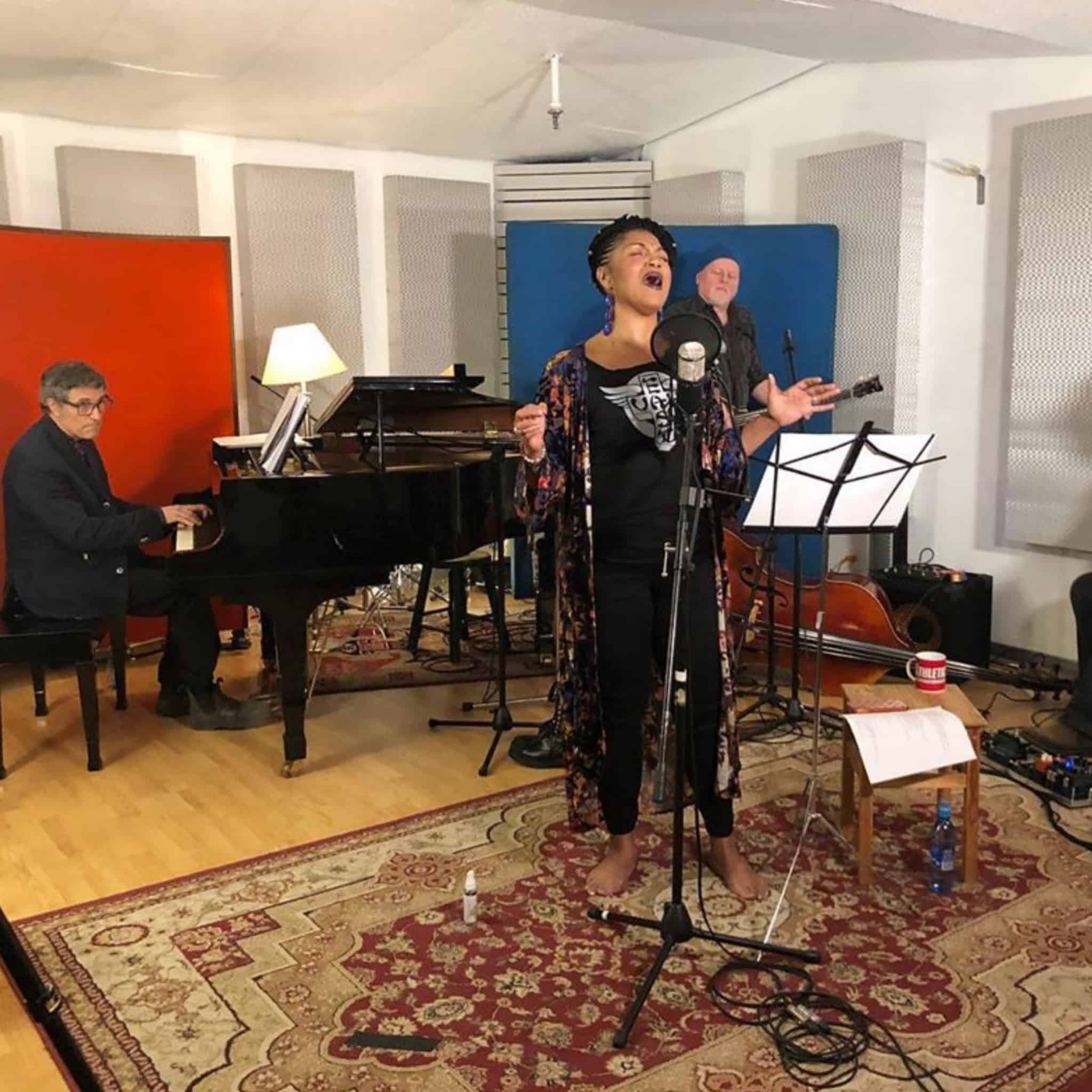 We are huge fans of Measha Brueggergosman and love that she’s decided  to launch her latest album, “JAZZ!” as a livestream concert series, so that Canadians coast to coast can fill their homes with her powerful vocals.

The performing arts sector is surely one of the industries to be hardest hit by the repercussions of the COVID-19 crisis. Like so many artists, Measha is taking a major loss on income from cancelled events (2019 was also difficult as she was recovering from heart surgery and unable to perform for much of the year). That said, in a generous and heartfelt move, she has decided to proceed with launching her album anyway, because if there’s a time when the world needs music, it’s now.

A note from Measha:

In 2019, I had to cancel the majority of my concert season in order to recover from emergency open heart surgery and grieve the loss of my wonderful Dad.   It could have been my undoing but it wasn’t. Like pretty much all of my colleagues, all of my upcoming concerts have been cancelled for the next few months. There are so many sympathetic ripples crippling the livelihoods of those connected to the self-employed but I KNOW we will scale this mountain together just like we’ve done all the ones before it.

So I thought…Enough already!  It’s time for some aggressive kindness. I want to bring healing.I didn’t almost die twice in as many decades to be brought down by this.  The solution I can offer is to bring music to you via a livestream concert. I want to be a conduit and a bridge. I want to continue to contribute even if I’m not in your face or on a stage. I want to be responsible with the time I’ve been gifted by finding innovative ways to move forward in this new reality. I want you to hear my voice even if we can’t be in the same room.

The first pop-up livestream concert took place last night; with close-up filming it is an incredibly intimate experience, as if you are watching the world-renowned opera singer from a few feet away. I was moved to tears listening, but also reading all the comments from other Canadians tuning in was incredibly touching.

This evening, join the livestream at 7pm EST as Measha sings Chausson and Spiritual with members of the Toronto Symphony, and you can ‘attend’ by heading to Measha’s Facebook page. We think inviting other members of your family to join, and then connecting following to share thoughts would make for a really special way to feel together, from a distance.

For those who are able, a GoFundMe has been set up to support Measha and her family in these difficult times (and every little $ counts!)