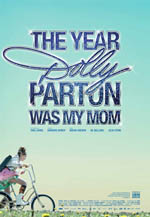 Canadian film The Year Dolly Parton Was My Mom is all about coming of age, Dolly-style

The Year Dolly Parton Was My Mom is a heartwarming story set in rural Winnipeg in the 1970s. Worries about never getting her period and her best friend’s new best friend fly out the window when Elizabeth discovers she’s adopted. Her reaction? Dive into her Dolly Parton records and become convinced the great one is her mom. A true coming of age tale, the beautifully shot film examines all the themes that make Dolly herself so fascinating, like feminism and self-discovery. We spoke with director Tara Johns about the inspiration behind the film, the Cinderella story of lead actress Julia Stone, and why Dolly Parton is still an important feminist icon.

Where did the idea of the film come from?
I had a dramatic flash of a mother and daughter in a car, going somewhere, we don’t know where. There’s some tension, there’s some emotion, they’re having a kind of mysterious conversation, and then we realize that the mother is taking her daughter to meet her biological mother. I was playing around with that idea and then I heard an interview Dolly Parton was giving on the radio. I’d never really listened to Dolly Parton, I mean, the music, yes, but not the woman. Because there were no distractions, no flashy sequins or hair or boobs or whatever, it was just really easy to listen to the substance, and I was blown away by how strong a career woman she was, even way back when. She blazed a trail for so many artists who came after her, and I didn’t know that about her. That was a bit of a revelation. I thought it would have been cool when I was 11 or 12 to know that Dolly Parton was a feminist, under all of that. So I tied it into a real life experience. My mum had gone to school with Joni Mitchell, and when I was growing up that was my claim to fame. Then I discovered that Joni Mitchell had had a daughter that she subsequently gave up for adoption, and I put two and two plus fantasy together and was hoping that maybe I was the daughter that she’d given away. I melded all of that together, and the title came shortly thereafter.

How did you get Dolly’s blessing, and get her to agree to participate in the film?
A lot of films need a lot of synchronicity to happen, and we definitely had some on this one. I discovered in my daily routine on the internet that a documentary had just been made about The Imagination Library, which is [Dolly’s] literacy foundation. A branch had just come to Cape Breton, and so a Nova Scotia producer had done a half hour documentary on her. I knew that this producer would have to have some connection with her, and being a Canadian, I just figured he had to help me out, right? He eventually connected me to a person whose name I could use to open the door to Dolly’s right hand woman. There’s a woman, the gatekeeper, really low key, no muss no fuss, but still-I had to make a cold call. I got this name, and I used it, and I had to repeat it because I was talking so fast, I was so nervous. And this very blase, very droll woman on the other end of the line, she took a long time before she answered. I asked her if I could send the project for consideration, and she didn’t really know what I was talking about, and finally she said [Tennessee accent] ‘All right, you can send it down.’ About two weeks later I got a beautiful letter from Dolly Parton saying that she’d spent the weekend reading my wonderful script, and that she was flattered, and that she’d be honoured to do all the things that I asked her. Except I had to take out the F words.

How did you cast the part of Elizabeth?
Short answer is, we found Julia on Facebook. We did a cross-Canada casting call through the usual methods, but there wasn’t the one, y’know? I still didn’t feel I had found Elizabeth. Out of desperation, we came up with an idea that we would be accepting open auditions for Elizabeth, and we got four tapes, one of which was Julia’s. I’ve been writing a blog to record this experience, and I had been getting some great comments from a woman named Sue C. in Vancouver. She had got on board with the project, big supporter, very articulate woman, rah rah rah. I’d known at one point that her daughter had submitted in the first casting call but was not considered. She let me know that her daughter was one of those four that had put the tape up, and she said ‘Please don’t feel obligated, no weirdness, it’s just this is all she wants to do in life, she just wants the experience, so take it at face value.’ So I looked at all the auditions over Christmas, and Julia’s was okay. It’s wasn’t great, and it didn’t bowl me over, it was okay. But we’d asked each girl to do a one minute interview to camera, to tell us about themselves and why they thought that they would be right for Elizabeth, and that’s when I just went ‘Oh my god, this girl is something. She’s got something really special.’ It’s because in that one minute, I saw what I now know is a real incredible maturity, and yet a timeless innocence. She’s not sexualized, she’s not music video-ized, she has something that’s very untouched, and you just can’t find that anymore, and so that was gold. But no acting experience to speak of, a real long shot, and we didn’t have the money to fly out to Vancouver to audition her. So I spoke to her mum, and she said “look, we have Air Miles, we’ll come to you.” And it was clear within the first 10 minutes that Julia was there that she was going to be the girl. It was a Cinderella story, and honestly? Never regretted it for a second. She was the most professional, most centred person on the set.

What themes were you hoping to express in the film?
I really did want to tell a story about what it is to be a girl in the world, and I think that even though it’s set in the 70s, there’s certain universal themes that are broached. That time, I think most people have it at some point, where you look at your parents differently. The adoption device is more metaphor than anything but it is about that moment when you step outside of the family unit to figure out who it is you are, and by necessity you need to push your parents away. As a girl, very often, that parent is the mother. And then you find your path, get yourself steadied, and I think in consequence your mother has to do a little bit of that. Hopefully, if all goes well, you meet each other somewhere down the road. And that’s what I wanted to explore. I knew it was going to be a coming of age film, and I wanted it to address girl stuff, my view of girl stuff anyway, but I really felt, as I was getting into it, that so many coming of age films don’t deal with the parents. They’re sort of these shadowy figures off to the side, and you have to know that what the kid’s going through is really impacting them.

Why do you think Dolly is an important feminist icon today?
I think it’s really important that there is a bit of a resurgence, and a coming around to an understanding, of how important she is. We have a perspective on where we’ve come from, and where we are now, and we can see her role in it. I think the unexpected part is still something that I’m not sure exactly how to put into words, in a lot of ways I wanted my film to be one method of helping some audience members who don’t know about Dolly Parton understand all she’s done. The whole objectification that most woman rail against, she took it, and she went to the wall with it. And in a way, it’s a challenge, she sort of challenged that whole concept, that whole way of looking at women. You scrape the very thin veneer of that objectified image and you get so much substance. I think that’s really important, I think that’s something that she embodies and has done for so long and I think it’s becoming easier for people to see that. Unfortunately, we’ve come really far, but oh my god, baby steps. We’re still grappling with all the issues that we see the characters in the film grapple with 50 years down the road, which is baby steps in evolutionary terms, so it’s not a surprise nothing’s solved. But we’re getting there. A little bit at a time.