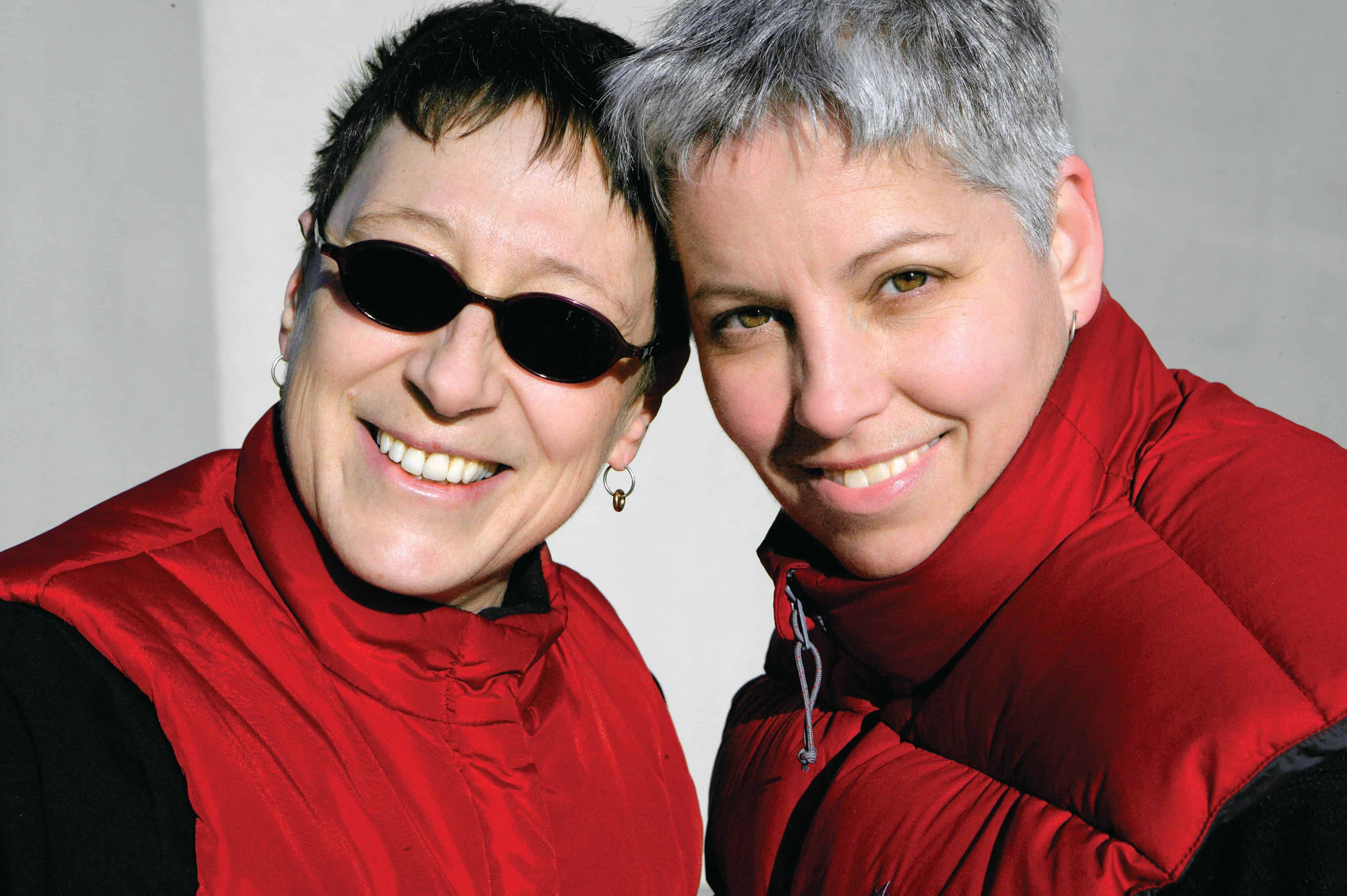 Dominique Cardona and Laurie Colbert have been making films together for 30 years. Boldly exploring feminist issues has always been at the core of their work, and in Catch and Release, the two dare to go where many don’t: into the deep woods and backcountry of Ontario, where the murky and frightening Christian Fundamentalist anti-choice movement continues to grow with fervour.

Based on the controversial 1992 Pulitzer Prize-nominated play, Keely & Du, written under the pen name Jane Martin (the true identity of whom remains hidden to this day), Cardona and Colbert adapted the play to modern day and set Catch and Release on a remote island in Temagami.

“Feminism is about fighting all forms of oppression—period. If we don’t have reproductive freedom, we don’t have equality—period,” says Colbert. It’s a fiction film that could be described as both a drama and thriller, but it’s disturbingly not far off from our reality.

Tense with outstanding acting, Catch & Release is an evocative character study of two women, Keely (Laurence LeBoeuf) and Du (Nancy Palk). The story begins when Keely, the younger woman, awakens to find herself in a log cabin with Du at her side. She’s been kidnapped by a Christian fundamentalist group who are holding her captive as a way to prevent her from aborting her fetus, while also on a mission to help her ‘see the way’ of God. Du is both her guard and caregiver. With the exception of intermittent food drops, the two women are isolated and forced to get to know one another. 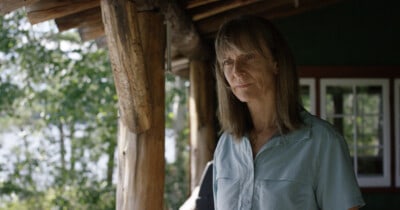 Before we get into the film, it’s important to understand the history of filmmaking that Cardona and Colbert come from.

In 1992, the two gave the world Thank God I’m a Lesbian, a film that was absolutely groundbreaking for its time and established Cardona and Colbert as provocative filmmakers. This was followed by the 1997 documentary My Feminism, in which they interviewed everyone from bell hooks to Gloria Steinem. The film has been sold to just about every university in America, and has become a standard part of the curriculum for many Feminism 101 courses.

It was during the making of My Feminism in the mid-nineties that abortion became a central topic of conversation. It was something they asked each subject in My Feminism to comment on, both for the purposes of the documentary and because the fight to overturn Roe vs. Wade in the United States became a political agenda—lit and fanned by an evangelical stronghold in the Southern States. It was at this time that Cardona and Colbert were first introduced to Jane Martin’s seminal and controversial play.

“When we read the play, it was a sci-fi. It was truly one of those things that was like, ‘OMG – what if it became like The Handmaid’s Tale and went this far’.” Then it did.

Anti-abortion extremists began inciting violence against abortion clinics, and the nightmare continues to play out today. “What is happening now is that people are encouraging the kidnapping of young women who are pregnant by pretending to take them to an abortion clinic, but then making them miss their appointment.” If this sounds outrageous, watch the 2018 documentary Reversing Roe, on Netflix.

Initially intrigued by Jane Martin’s anonymity, Cardona and Colbert began their pursuit to get the rights to the play many years ago. “An agent had even died, in between, and we still called every two years. We didn’t have a real plan, but it just so happened that Jane Martin was impressed by our persistence,” says Colbert.

Much time passed from when Martin first wrote the play to the time Cardona and Colbert secured the rights—to when the film received a green light. And still, throughout the decades, the material remains increasingly relevant.

Just last week, the New York Times reported that “the Supreme Court upheld a Trump administration rule that allows any employer with religious or moral objections to opt out of the Affordable Care Act’s mandate, soon costing as many as 126,400 women their contraceptive coverage.” Helping women have access to birth control was something that Planned Parenthood and President Obama had worked hard to ensure, with the understanding that, for many American women, access to an abortion was becoming increasingly difficult, with fewer clinics in operation and traumatizing hurdles at every step.

In response to Trump’s recent birth control ruling, the National Women’s Law Centre took to Twitter and described it as “invasive, archaic, and dangerous.” With an increasing number of barriers to birth control access and politicians in several states determined to make abortion illegal, women’s reproductive rights are eroding. We’re rolling back.

We like to think these extreme tactics are something that only happens in Louisiana, Alabama, and Texas, but we have issues here in Canada too. Many Canadian abortion doctors still feel the need to protect their anonymity. “Abortion clinics in Toronto are hidden. They are not buildings you can identify,” says Colbert, who goes on to share the lengths at which abortionists go to protect their families in Canada. “A woman who provides abortions in Vancouver lives in Victoria and lives under a different name. We don’t have the same issues [as the United States], but we shouldn’t underestimate that it’s not so simple.”

As a forty-year-old woman, I can say without question that I haven’t witnessed the level of anti-choice rhetoric and protests in my lifetime as I have in the past three years. On the corner of Dundas and Dufferin, about a year ago, I had an altercation with three young protestors who were holding up triggering posters and spewing their pro-life propaganda. It was infuriating. But after my anger subsided, I felt sadness for these young people— many of whom appeared to be teenagers, clearly indoctrinated.

“The younger you are, the easier it is to indoctrinate you through little things. When you see what Nazism was able to accomplish with young people, then you know that if we don’t fight back then there’s no way to bring them back to a dialogue,” says Cardona, who believes that the internet, with tools like Twitter and Instagram, has helped to facilitate the propaganda and made it more difficult to engage in conversation where there is active listening. 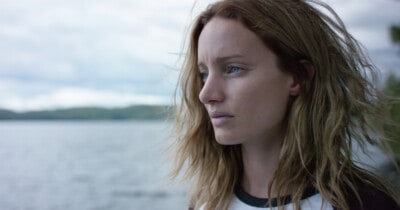 Catch and Release is stunning. The cinematography captures the beauty and power of the remote dark waters and foreboding forests in Temagami. The acting is phenomenal. The editing is remarkable! It’s a piece of art that makes you jump, and feel a wide range of emotions. It gets inside of you—in your head, your heart and deep in your lungs. But it hasn’t received the exposure that it should. “When people see the film, there’s great excitement, but a lot of theatres just don’t want to program it.” Unlike their past films, it has been challenging for Cardona and Colbert to get Catch and Release to screen in film festivals. People are scared of getting near the topic of abortion. Even when they shot in Temagami, Cardona and Colbert made a conscious decision not to share exactly what the film was about, “We told them we were making a thriller.”

The film does not examine the timeline of female reproductive rights, but because it is based on a play written in 1993, audiences can’t help but consider the span of time, and reflect on what exactly has transpired. Or what hasn’t. Catch and Release is a compelling piece of cinema that provides a catalyst for numerous timely and urgent conversations.