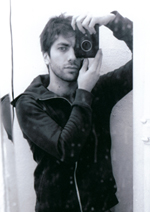 What do you say about a movie you’re not supposed to talk about?

Knowing enough about the film to understand I was supposed to be as clued out as possible beforehand, I was skeptical as to how Catfish would create a payoff to match its intrigue. The film categorizes itself as a documentary/thriller about a Facebook romance marked by deception and betrayal. Something we can all relate to? Hell yeah. But wait. What sounds as everyday as eating cereal manages to surprise without making us feel misled. Because of its (kinda amateur) documentary nature, the story unfolds as it happens. The filmmakers are capturing reality from a first person perspective – it seems like they’re figuring some of it out on the way – and we’re right there with them. You’ll get the most value out of Catfish if you go in without any spoilers, but not more so than with any other film. The secrecy is largely a marketing angle, but it works.

For one, Catfish is really well timed. It’s culturally on-point and arrives in theatres a week before The Social Network debuts. It gets to ride David Fincher’s publicity wave without getting stuck in its big-budget shadow or perceived as its afterthought.

Catfish probably won’t make it to your Facebook favourite movies list, and won’t be a Blair Witch phenomenon, but it is an original and entertaining scrutiny of a few select newsfeeds. It authentically captures the seedy side of the social networking site in all of its desperate and reckless infamy through an intimate perspective that offers both empathy and mystery.

Okay, so now that you are done reading this – you can go back to stalking your ex-boyfriend and creeping your frenemy’s wall.