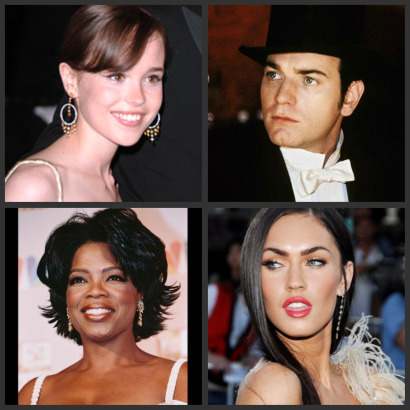 Celebs in the City

Sure, TIFF is about celebrating the art of filmmaking, but it’s also about donning your most understatedly fabulous ensemble, throwing on a pair of over-statedly espionagin’ sunglasses, and going stargazing. This year, over 500 guests will be attending the festival, so if you set up camp anywhere in and around Yorkville and environs, you’ll be sure to spot some VIPs.

We’re pretty sure at least 30% of the United Kingdom’s celebrity quotient is touching down in the T.dot. The swoon-worthy trifecta, Colin Firth, Colin Farrell, and Ewan McGregor as well as the duke of hilarity Ricky Gervais will be gracing us with their presence. If you’re more interested in real royalty, Sarah Ferguson, Duchess of York will also be kickin’ around. Speaking of royalty, presence of Oprah Winfrey is at the top of our list of favourite things.

We’re also going to be trying desperately to hang out with—aka, admire from afar– laid-back ladies Drew Barrymore, Ellen Page, and Lisa Kudrow. Others who we’d die to get a laugh in with are funnyman Chris Rock and lovely man-boy Michael Cera. The tables will turn, though, on Michael Moore as we document his doings for a change!

Trolling for fashion inspiration? The uber-chic Eva Green as well as Mr. Tom Ford himself will undoubtedly be—classily and composedly–strutting their stuff around the Big Smoke…perhaps even to the tune of some of the musical icons that’ll be rockin’ out during the festival. Snoop Dogg, Jack White, Eve, Mariah Carey and Juliette Lewis, to name but a few.

And if you’re having a hard time bringing your boy (or girl)-toy out to stargaze with you, just tell ‘em that the ever-foxy Megan Fox will be around, that’ll undoubtedly clinch the deal.