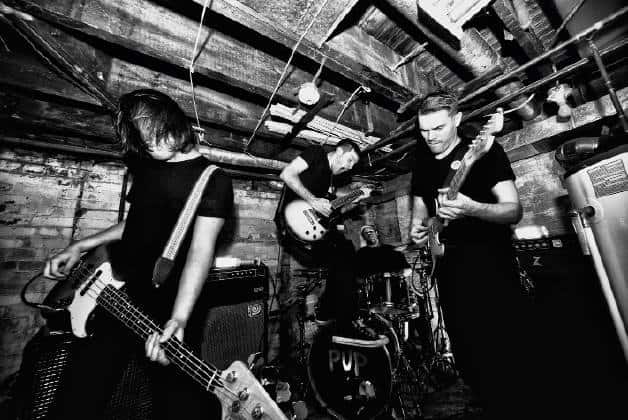 Toronto punk rockers, PUP, are four beer-loving pals that play wildly catchy music. They’ve covered a lot of a ground in the last few years, becoming one of the fastest growing names on Canada’s music scene. From underground basement shows to extended UK tours, they turn staid audiences into frenzied mosh pits everywhere they go. Canadian institutions like FACTOR and Much Music have taken notice, and placed their bets on PUP by granting them a music video budget. As always, they used this opportunity to its full potential, and created an expertly directed mini-movie style video for their song Guilt Trip.

The song is their third single off their debut self-titled LP; you watch videos for Lionheart and Reservoir on their YouTube account. The new video depicts four young boys banning together as blood brothers with murderous intent, ultimately forming an emotionally-tortured punk band. It flashes back and forth between the childhood storyline to present day tour life, really highlighting the remarkable resemblance the child actors have to the adult PUP members. PUP is a prime example of what the Toronto punk scene is churning out these days, so check out the video, listen to their album, and support local music! These guys are also spending their summer on the road, catch them at the Opera House on June 3rd opening up for The Menzingers.