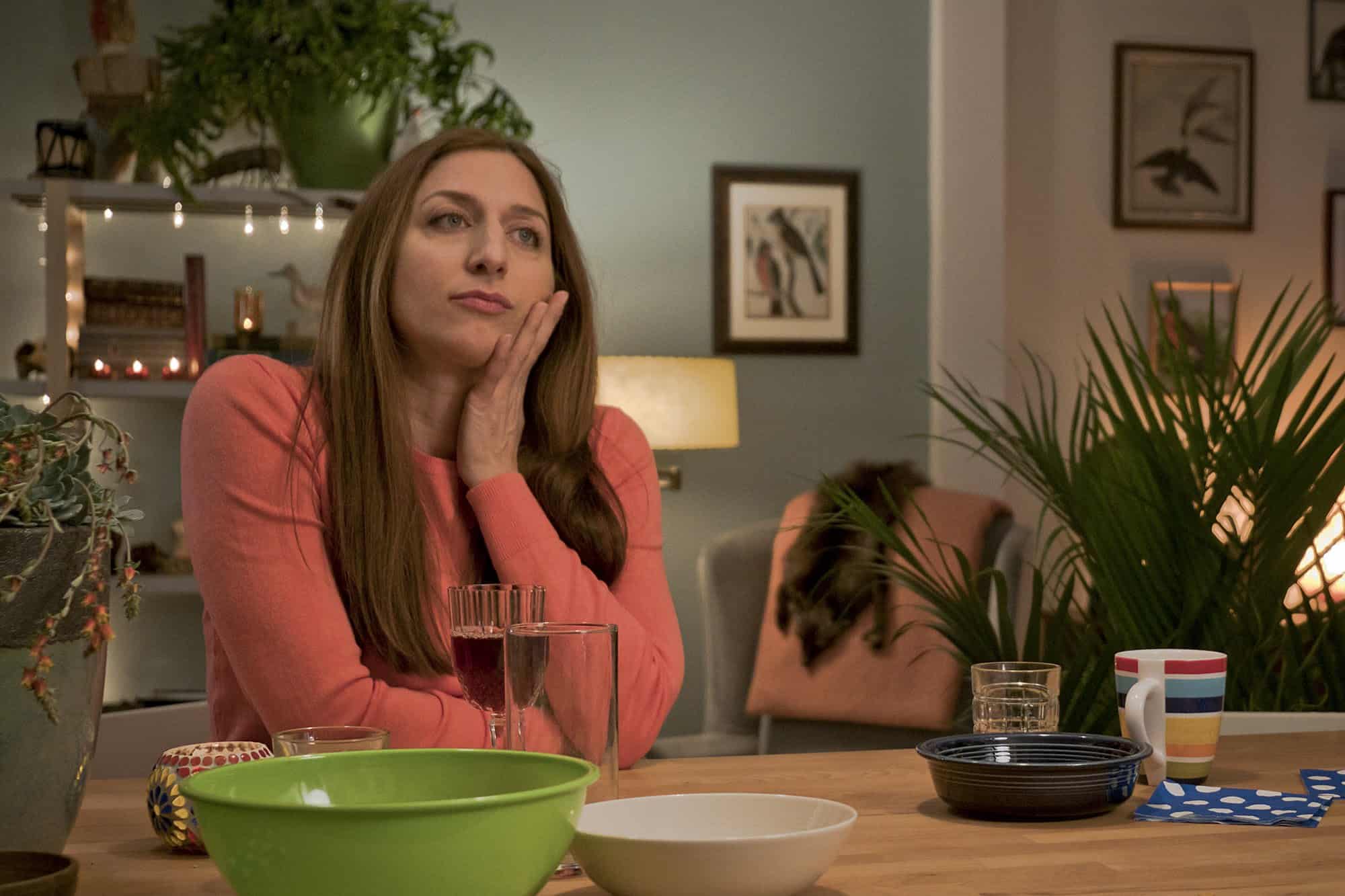 She’s arrived. We finally have the character we’ve been waiting for: the 39-year-old single woman who is comfortable being alone and doesn’t feel the need to defend her decision to not have kids. We didn’t realize we so desperately needed this heroine until we saw her on screen, in all of her glorious imperfections. Spinster is marvellous.

Gaby, played exceptionally by comedian Chelsea Peretti, is like many of us: she’s hit that challenging life chapter where everyone around her is either getting married or having a baby, except her. It’s not that she’s desperate to do either, but a lot of people seem to be uncomfortable with her lifestyle, describing it as “selfish” or even “irresponsible”. While thick skinned, the outside judgements wear her down.

“When I was in my thirties, I had that moment that a lot of women have, when they are out of sync with what their friends,” says filmmaker Andrea Dorfman, who never had a strong desire to have kids, but at a certain point, the outside pressures had her feeling like maybe she’d be left behind, “It was like the train had left. And for the first time, I sensed, ‘wow, this is a couples world'”.
It was that exact feeling that led her to a meeting with longtime co-conspirator, and writer, Jennifer Deyell. Even though Deyell was married with kids, she understood exactly what Dorfman was going through, having witnessed other friends having to defend their choices. So the two set out to make a film that they both wanted to see.
“There just didn’t seem to be anything like it that existed. I really would have appreciated seeing something in popular culture that wasn’t the kind of ‘Wahoo! Single ladies – here we are!’ type of narrative, but something that felt real, that was grounded in a real experience with an authentic person that spoke to me,” says Dorfman.
Having made four feature films, all shot in Nova Scotia, Dorfman is well known for her craft in Canada, but she felt compelled to go bigger with this film. “I really wanted this film to go further. The script is amazing—Jennifer Deyell is such a fantastic screenwriter, and we just felt that of any of our films, this could have the potential to go somewhere if we had somebody who could be the face of the film.
They took their time to find the perfect Gaby. “When we started working with casting agents in LA, they were like ‘Yeah, there are a lot of 39-year-old actors that are available’. As we know, women age out in Hollywood—which is terrible and hopefully changing—but that’s the reality of it. So there were quite a few women who were available but I had seen Chelsea’s standup show on Netflix a few months before, and I loved it. She has an amazing deadpan sense of humour.”
Unlike so many of the leading roles we see for women, Gaby is different. Her character is not bubbly, overly dramatic, or pining for romance. She’s low key, wry; she has interests and passions, but she’s not chasing a dream. Like most of us, she’s slowly fumbling her way through life, finding her path through clues she stumbles upon along the way. Peretti was the perfect person to play Gaby.
“Thematically, and I’ve come to understand that this is at the centre of all the work I do, this film is about freedom, and the freedom to be who you are,” says Dorfman. “She’s becoming the fullest version of herself, which does not include being in a relationship or having kids. It’s really a coming of age story.” The one we’ve been waiting for.