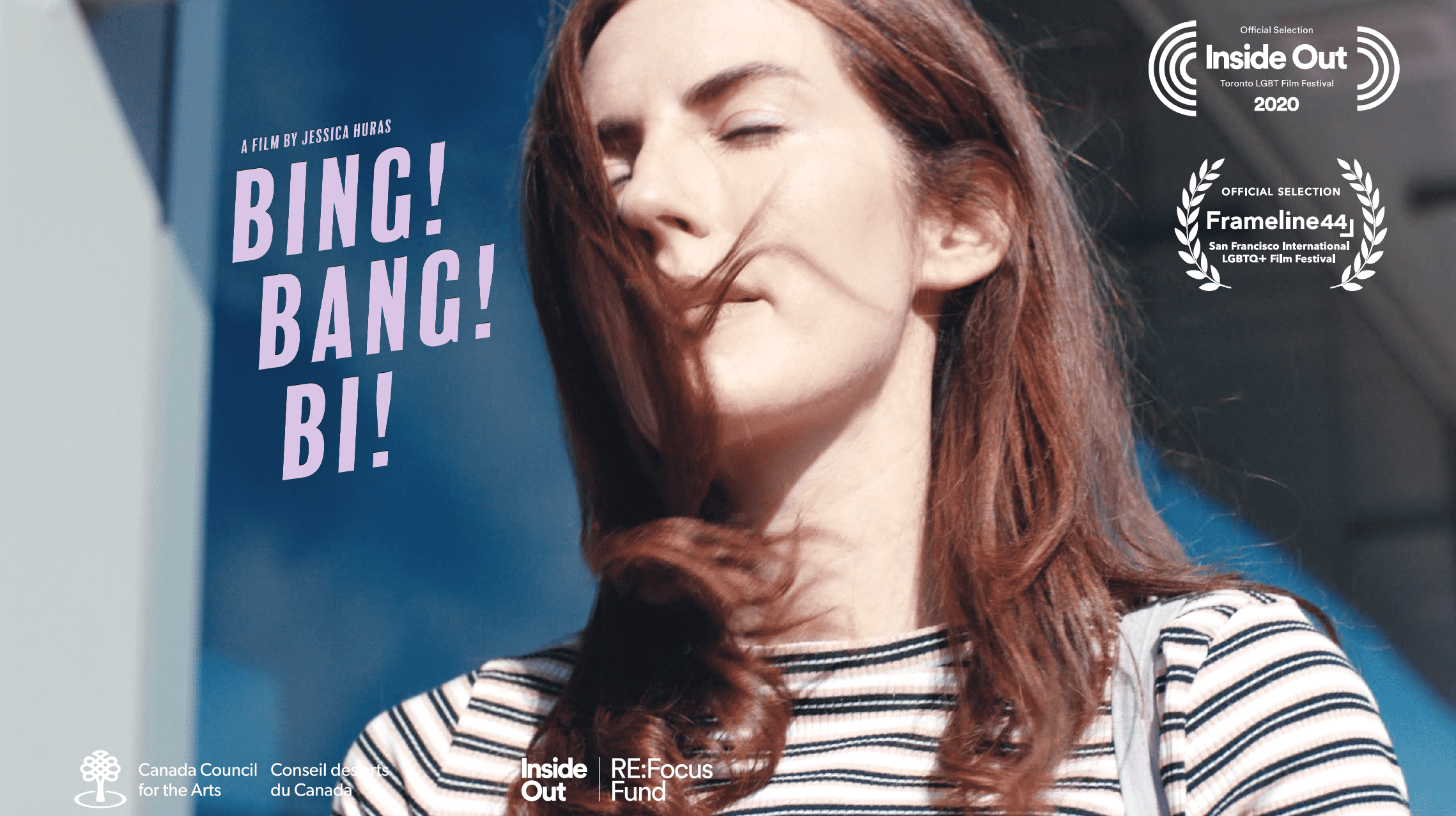 Fed up with the lack of bisexual characters in film and television, Jessica Huras decided to create Bing!Bang!Bi!, a hilarious and revealing short film now playing at the Inside Out Film Festival.

“I dated men my whole life and I’m now married to a woman. I wanted to explore bisexuality in characters because I realized it wasn’t something that I’ve seen a lot of representation of, in both mainstream media and the queer cannon too. We see a lot of gay and lesbian cinema, and there is increasingly more trans representation—which is awesome—but there’s still no body of work to represent bi identity or visibility,” says Huras, who wrote and directed Bing!Bang!Bi! and also plays the lead character, Morgan, an anxious woman who is constantly having to defend her bisexuality.

Beyond wanting to make space for bisexual characters, Bing!Bang!Bi! also sheds light on tired stereotypes. “There are a lot of disparaging ideas around it, like it’s not really an identity in and of its own right,” Huras says. “People look at it as a transitionary phase going from straight to gay, like a stopover, so to speak. That really is a part of bi-shaming in a way.”

Promiscuity, indecisiveness, and ‘wanting to have it all!’ are other assumptions that dismiss bisexuality as a blip of experimentation, which is why Huras believes Bi-Visibility day is important. “It needs to be included in the celebration of the LGBTQ spectrum, just like all the other identities. It is still largely underrepresented and misrepresented.”

For Huras, the process has made her feel more confident about her own identity. “For the longest time I didn’t feel like I needed to identify. I didn’t feel like I needed to have a label,” she recalls. “But I know whenever anyone referred to me as a lesbian, it didn’t sit well with me at all, because I didn’t identify that way. I think this film, and writing it, was me coming to terms with the fact that I do actually strongly identify with being bisexual, or fluid. It felt important for me to stand up for that, and advocate for that, and be truthful about that.”

Bing!Bang!Bi! Is now playing as part of the Local Heroes programme at the Inside Out Film Festival.