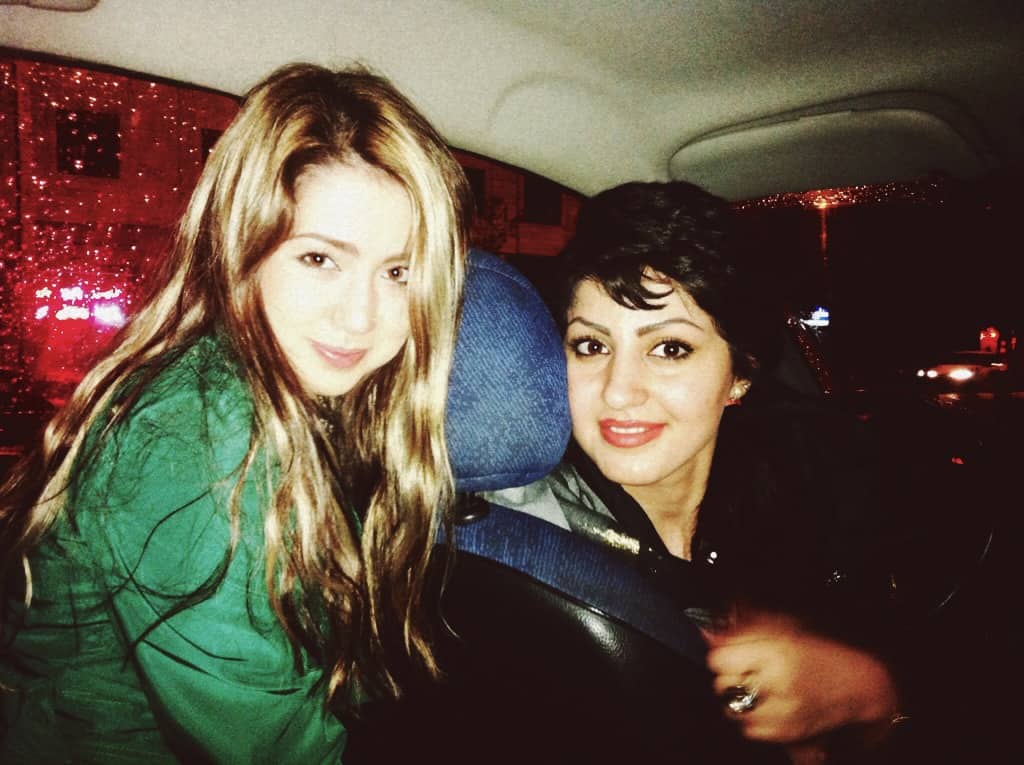 After Tehran, I flew to Mashhad, one of Iran’s most religious cities and the holy shrine of Iran and the Shia Muslim world’s adored prophet, Imam Reza. This holy city is also home to the maternal side of my family  and the place where I spent the majority of my childhood summers in Iran.

My maternal side of the family consists of six uncles and one aunt. I have over 10 cousins. There are a lot of us. My grandparents on my maternal side hold very traditional and religious Muslim values. They wake up at 4 in the morning to pray, and religious terms and prayers linger around the house. My grandfather, who is now about 80 (birth certificates were quite inaccurate back then), still puts on his suit and walks to the mosque every afternoon.

Enter, into this picture, me. Completely disbelieving of any institutional religion and staying in a super-Muslim home. Perhaps it was the fact that I had never before stayed in Iran long enough to be influenced by religion, or that neither my mom nor my dad were or are very religious, but I grew up to learn about stuff like that on my own.

My mom, despite growing up in a house where she was woken up to pray, never made me do any of that. I actually went to a Catholic all-girls school because she thought maybe I’d learn a bit about faith.

During my time in Mashhad, I learned a couple of interesting things. Firstly, I am not “mahram” to my cousins, meaning I have to cover my hair and wear appropriate clothing in front of them. Whenever someone was coming into the house, they’d say “yallah” before entering to make sure anyone that was not “mahram” to the guest had time to cover up.

Even more interesting is the sort of superstitious tradition of sacrificing a lamb when something bad happens (such as a car accident), when you buy a new car, or when a baby is born. This is believed to get rid of bad luck and evil when the lamb is killed. I didn’t watch this, but it was literally done right outside my grandfather’s house. This 30-something dude casually brought out one of the three lambs in the back of his Peugeot 206 in a sport track suit.

Before any decision is made, it is religiously examined. Prayers are on the backs of trucks, buses, cars, in restaurants, before every television show and in everyday slurs. But there is a population of youth that I witnessed who fall far from that tree.

I was taken to a street called Farhad, where young people from 18 to 30 drive around in circles starting at 9 pm, girls checking out boys, boys checking out girls, all from their cars. While driving, they exchange numbers, arrange dates, and give party invitations. I should mention that the contact of a girl and a boy who are not legally married in Iran is illegal. Although it is less strict now than the early years post-revolution, every once in a while the morality police go searching the streets and parks for these cases, which hold great punishments.

So it’s obviously safer to stay in your car and lurk the streets in hopes of meeting a girl or a boy. For me, this was super amusing, since I’m used to meeting boys at parties, university, or maybe a bar. Generally, it’s always in public, and isn’t illegal at all. The boys here are even more “thirsty” than boys in Toronto, and I honestly believe it’s because they’ve been pushed so far away from girls that their 15-second conversation gives them a rush.

Many of these girls who present themselves in a less-Islamic manner actually feel disturbed by these guys. However, in the streets, a girl is more likely to get in trouble for the way she is dressed, or how much makeup she wears. I weep for the females of Iran who cannot even express themselves without both a religious and non-religious population thinking, “She wants it.” Because she is trying to push her freedom, they assume she wants to be called various names, or hit on inappropriately.

The youth here are no different because they too are young, but just restrained. They seek any fun they can have, and well, sometimes it looks like this.